Is there a difference in the part number for those pieces?

The bottom tube of one of the bricks is hollow and the other one isn't. How do I know which version was used when I want to rebuild a set with "original" pieces?

Is there a part number difference? 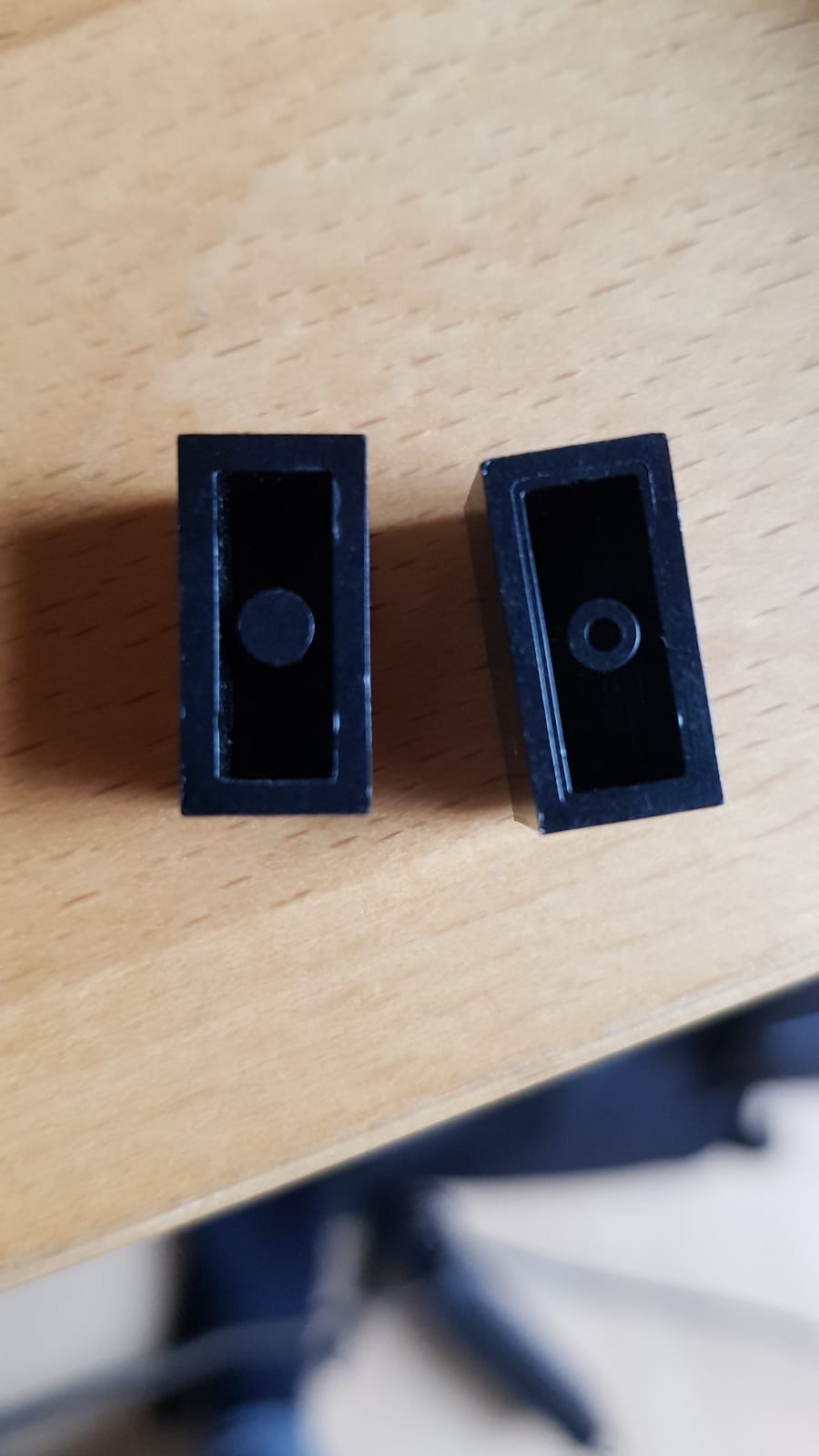 I also have the same question for plates.

LEGO has changed their moulds, first they added that hole, then they removed it again, and they haven't changed design id, or even (as far as I remember) the element id. Knowing when those changes happened, gives some information (see later).

If you buy bricks on bricklink you can try to ask the seller, but you should be prepared that most sellers will probably answer that the variants are mixed in their stock and that they won't spend time sorting through it to sell you something specific. - I know a guy who was in a similar situation, caring about a(nother) detail that LEGO hadn't changed ids for, who ended up changing the colour of (parts of) his MOC because the period in which the part was made in the "new" colour meant he could be sure that only the good (for his usage) variant had been produced.

So if you care about that hole I think you're pretty much out of luck, but I believe the same set have been sold with both variants in many cases, in some cases you can probably even find single copies that have contained both variants, so I wouldn't care.

For plates (and other less than brick sized elements), it seems that LEGO hasn't switched back yet to solid tubes, I checked several recent sets I have built here...

Same story as for the bricks though, neither LEGO nor bricklink identify the elements as different, except that it will be harder to find plates with solid tubes as the molds where switched out during the 90's.

Also, I recall having read somewhere that LEGO didn't replace all the molds in one go during the 90's. LEGO kept using the old molds until they were worn out. This meant that both solid and hollow tube bricks and plates were present in sets during that time, sometimes even in the same set.

17
How to tell the different ages of pieces
11
Are those bowls genuine LEGO pieces?
2
Identify age of parts from yard sale
4
Please identify these two kinds of Lego bricks (circa 1990's)
10
How to use this 5 and a half width windshield?
4
How are LEGO Bricks and colors numbered/identified
2
Are there LEGO plates without the word “LEGO” on the studs?
5
Are both of these fences made by Lego?
4
Is this a LEGO part? It looks very similar to a technic axle connector 2x3 with ball socket
18
Is this part real LEGO or a knockoff?