Part A is a 1x1 round plate with a open stud and a horizontal bar. I'm not convinced that it is actual Lego, but would be happy to be proven wrong.

Part B is a 1x2 brick with no studs as it is split into two hollow channels that work as stud holders from either side. Again, probably not Lego I'm guessing.

Part C is a 2x2 cone (1 brick tall) with an open stud and four oval mouldings on the side.

Part D is a pylon of sorts. It sits on a 2x2 base and is 3 bricks tall and is slightly swept back, rather than being completely vertical. The top stud is open, but the 2 studs on the 'branches' are hollow with the Lego logo in each of them. However, the underside of the base doesn't look like what you would usually expect Lego to look like from that angle. 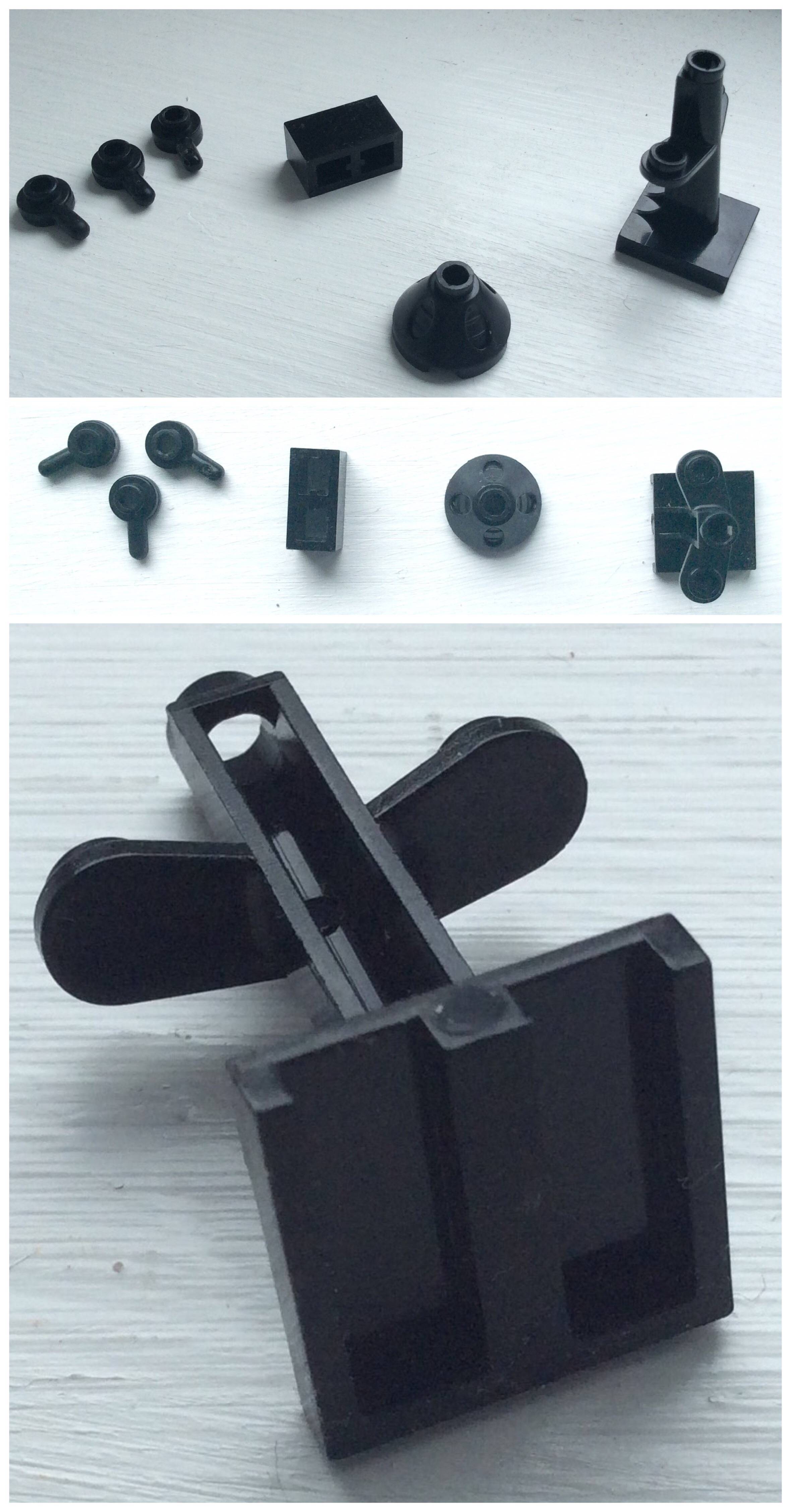 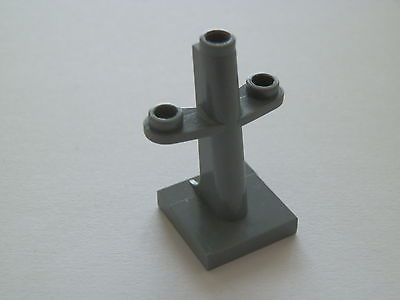 I believe you are correct that the others are not LEGO elements.

28
In what ways are LEGO and Megabloks incompatible?

16
Is this element some kind of Technic connector?
7
What is this upside down roof peak or boat hull?
3
What Lego set does this belong to?
2
What is the name of this part
17
Are these bricks old LEGO/Duplo clones?
4
Identification of vintage sloping window piece
2
Are there LEGO plates without the word “LEGO” on the studs?
3
What is this piece that looks like a coat rack or armor stand?
6
Help identifying Lego bricks from a picture for a Geocache