While watching clip of the LEGO Movie, I found a strange part: 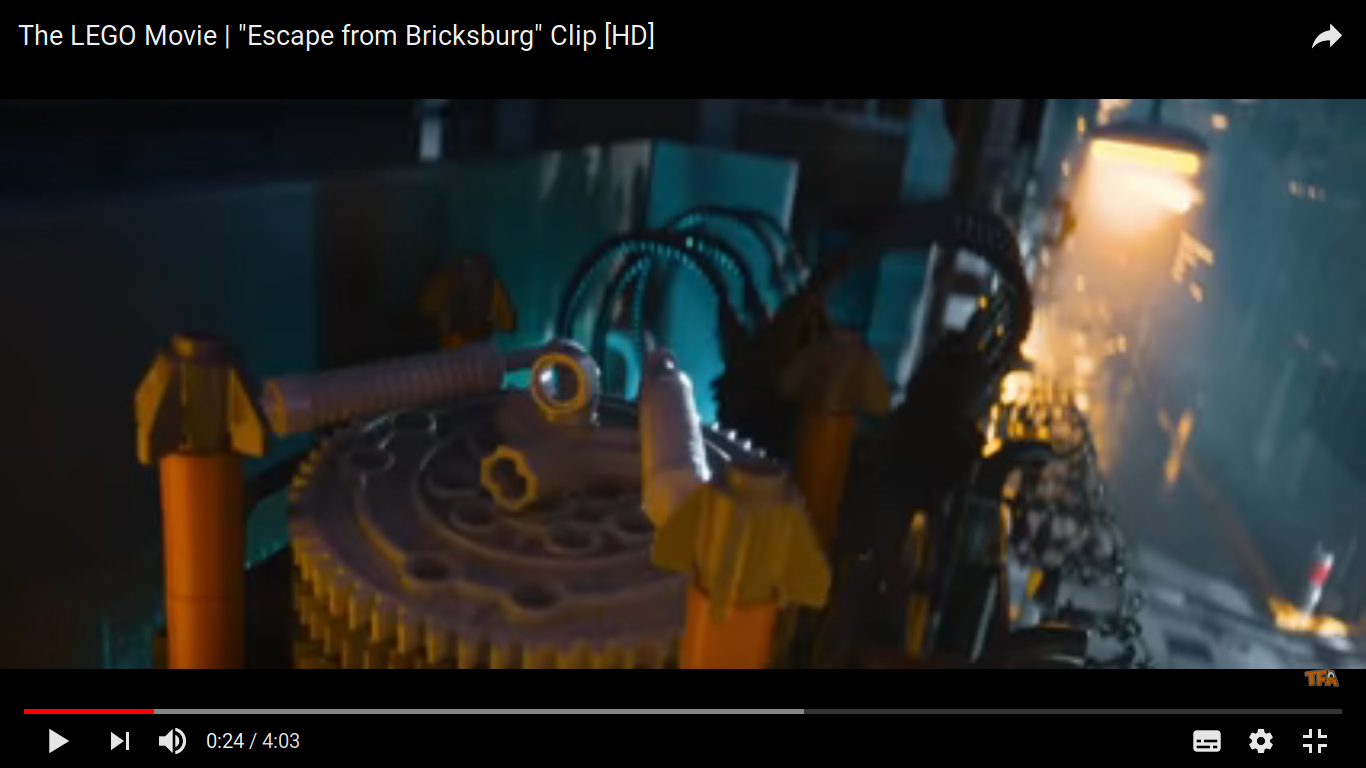 Slightly earlier in the video, its part number is shown as 3649.

But it doesn't match the 40t gear I know nor the pictures on bricklink.

Is it an error from The LEGO Movie or a variant I don't know?

From this image, you can count the teeth well enough to determine there are actually 60 teeth, not 40: 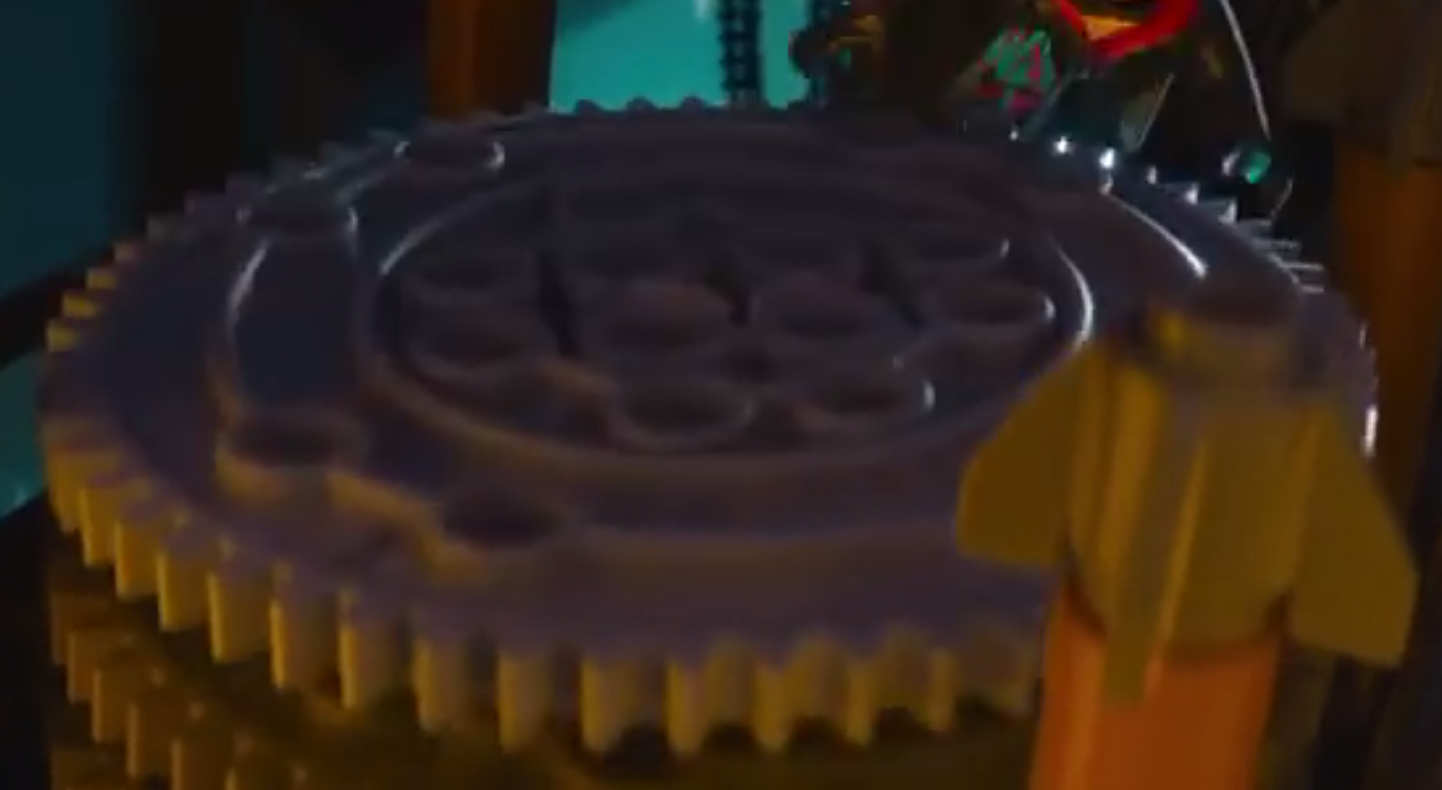 This does not appear to be a real part.

It also appears you aren't the first to notice this. Jim Brickkeeper had created a ShapeWays model based on this movie piece which I found while searching for LEGO 60 tooth gears. It's no longer available, but it might be possible to contact them and see if there is another way to get it made.

According to Matthew Ashton this piece was planned for use in the set, but due to budget changes had to be cut, and has not yet been produced.

For each project we are assigned a certain budget and a certain number of moulds we can create for new pieces. It was our intention with the Movie to make all Characters and Vehicles toys 100%, movie accurate. However in this case the directors really wanted the back wheel to be bigger, so we designed the piece for them, but then later had to make a compromise on one of the models as we didn't have the budget for all the tooling. Lord Business's design had become more complicated and required more moulds than orginally planned.we had to get him 100% correct, so we decided to alter the Super Cycle as we felt it would be less noticeable, at that point we weren't aware that it's part No. would be called out

Not the answer you're looking for? Browse other questions tagged part-identification gears the-lego-movie or ask your own question.

9
Older sets in The Lego Movie?
7
What's this weird blue 8-long thin hinge piece?
1
Identification of light and sound part
5
How can I find brick part number from a picture?
2
Are there LEGO plates without the word “LEGO” on the studs?
1
Can anyone identify this wheel-like part from the Kazi 10005 80cm WW2 German Railway Gun “Dora”?
9
What is this LEGO part (kind of wheel or gear) number?
2
Help identifying/finding the part number of this piece? (maybe some kind of jackhammer?)
4
Is this a LEGO part? It looks very similar to a technic axle connector 2x3 with ball socket
8
What is the purpose of the 8 tooth timing gear?