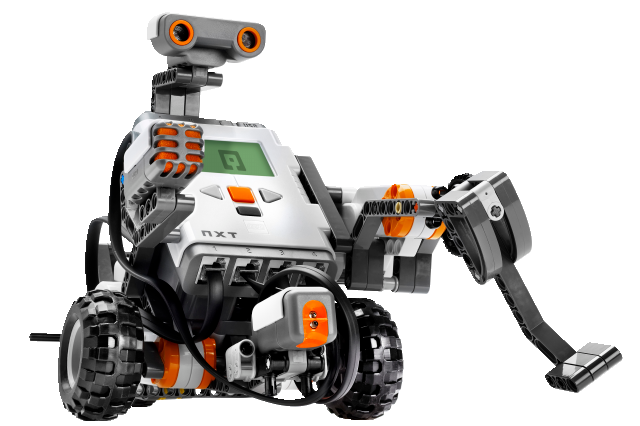 This is what I made:

I used while and if statements but it doesn't seem to work properly. If I use break; then it stops the program instantly when I start it, so I didn’t use break, but if I start my code, it goes forward and stops and then continue this It just wouldn't go continuously

Here’s the code I wrote:

Looking at your code, there are a few things that you need to consider.

Firstly, you have a while (true) loop which will run infinitely. The first thing you have after the loop is OnFwd(...) which will turn motors A and B on.

Together, this means that whatever you do next, when then you will run the code again, turning on motors A and B.

The next thing to be aware of is that Wait(2000) is milliseconds. 2000 milliseconds is 2 seconds, so you will only turn motors A and B off - stopping the robot - for either half a second, or 2 seconds before the loop starts again, and the robot starts moving again.

In the case where both if statements are true (presumably when it detects a red ball - but I haven't double checked either the Sensor or SensorUS commands), the robot will stop, the motor C will start, then 2 seconds later the robot will start again.

I would suggest increasing the values in the Wait statements (you could use time constants such as SEC_5), and adding a break; after the Wait(2000);

Not the answer you're looking for? Browse other questions tagged mindstorms nxt programming nxc or ask your own question.

11
Why does this program work in LabView when targeted to computer but not to NXT?
8
NXT brick output ports not working properly
4
NXT Programming not working
3
NXT program not running
2
Robot that searches for lights
5
NXT brick not executing programs correctly
3
Trying to get a modified traffic signal challenge worked out
6
Have Multiple Inputs to Programming Block
5
Lego RCX to NXT converter cables not working properly with EV3