How can I identify LEGO stickers?

What steps can I take to identify LEGO stickers/sticker sheets and which sets they belong to? 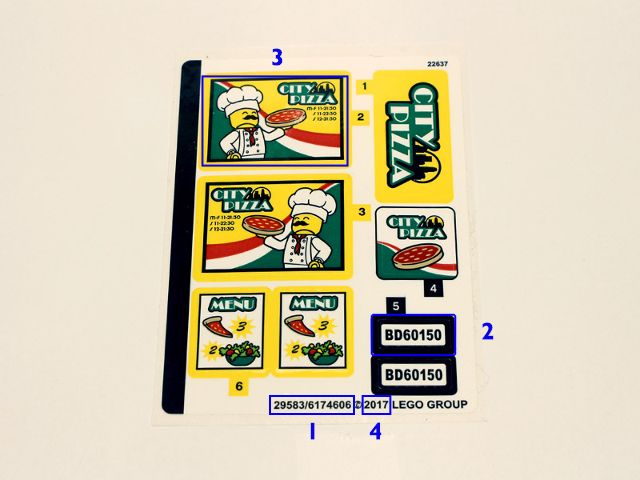 Using the full sticker sheet for #60150 Pizza Van set as an example, there are a few options.

Google will try to find keywords to match the image uploaded, this isn't always helpful so you may need to replace the keywords with 'LEGO', 'Sticker' and if possible, the theme that the set might belong to. 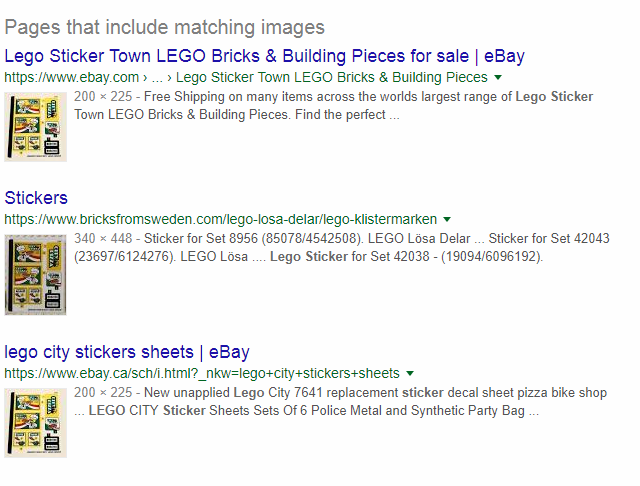 Not the answer you're looking for? Browse other questions tagged stickers sticker-identification or ask your own question.

8
What came first? Print or sticker?

40
Where or how do I get replacement stickers for my LEGO set?
10
How do I make my own LEGO stickers?
16
What are some helpful techniques for applying stickers?
21
How should I store unused stickers?
7
Fixing poorly applied stickers
6
What set do these stickers belong to?
5
Unknown stickers with silver lines on black 2x4 tiles
2
Why stickers instead of printed decoration and vice versa?
6
Have LEGO stickers changed materials over time?