What is the three-position lever in the Bugatti Chiron supposed to do?

I've just finished assembling the Bugatti Chiron (42083), and there's a three-position lever in between the two seats that -- probably -- isn't working: one position connects the wheels to the engine; the other two positions appear to do nothing.

The lever itself moves a gear "collar" (I guess) back and forth; that has three positions, and moves correctly.

What's the lever supposed to do? Where did I go wrong in assembly? 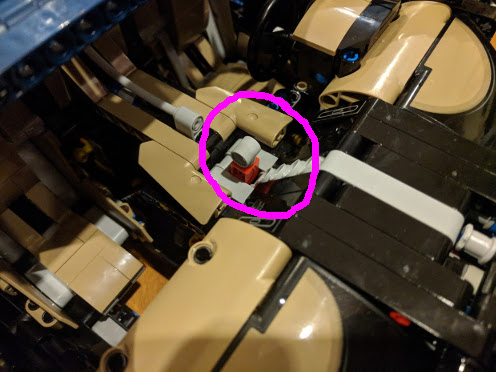 You have two of three right:

This is the relevant part, the lever in question hooks into the gray transmission driving ring in the middle and connects the central axle either to the red or the blue gear: 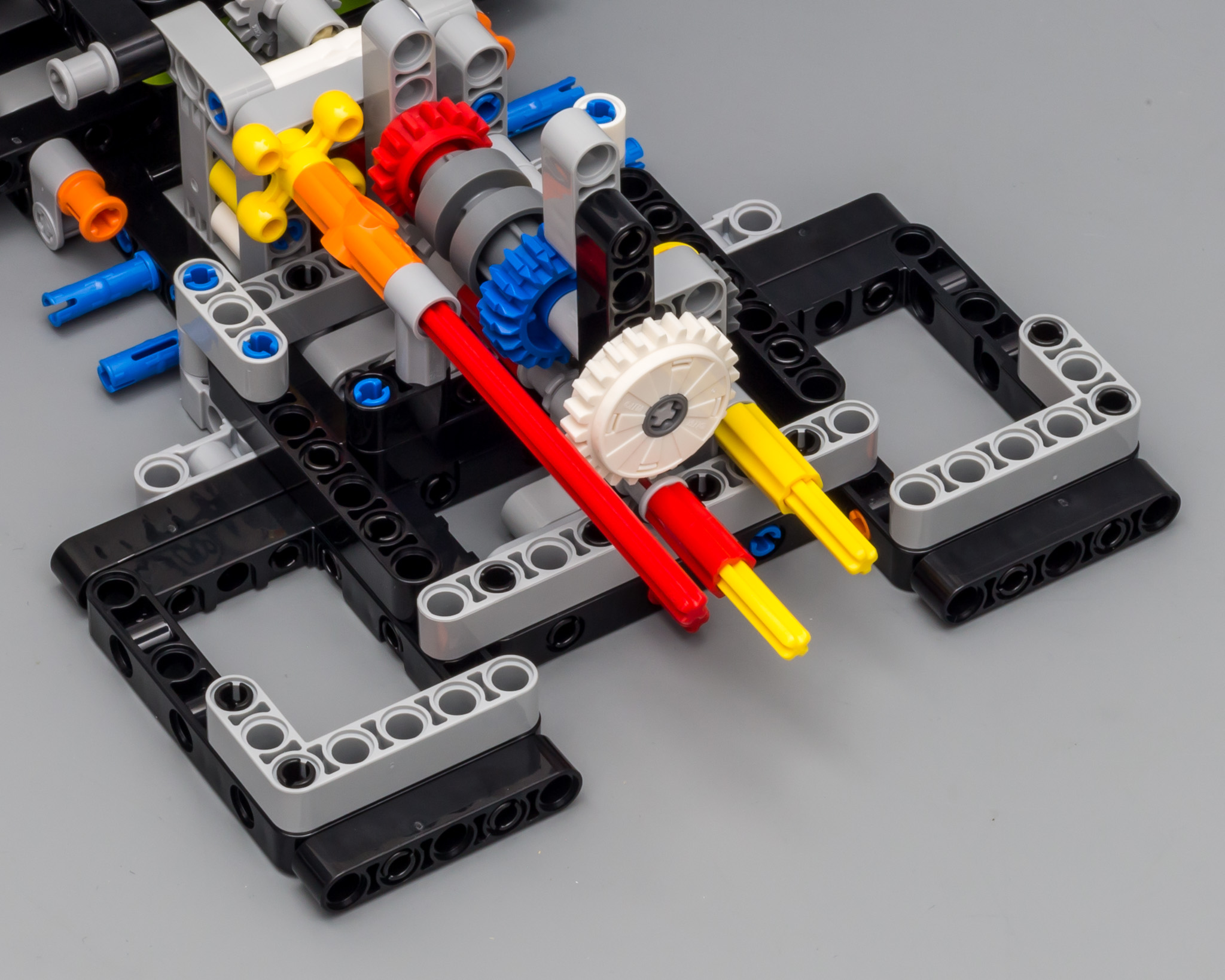 If the reverse is indeed missing, you might have made an error during assembly. Finding and correcting such an error will most probably involve disassembling the whole bodywork and some of the undercarriage, then rebuilding everything back again. For this reason it is generally a sound advice to double-check the parts added in each step and periodically check the already built subcomponents to see if they work as expected.

19
What are the largest Technic-compatible tires on the market?
12
Mechanical auto-unblocking mechanism
12
What are the angles used in angle connectors and liftarms?
11
What are the torque limits of gears?
2
Parts/Step not fitting ( technic / gear not aligning)
5
How important is a center differential on a 4WD model?
3
What are the measurements of the different Lego instruction booklets?
1
What is the name/number of this brick
3
What does the +/- dial in the Lego Defender model do?