How tall is the Saturn V set in LEGO units (studs, bricks etc.)?

I'm building a MOC to scale with the Saturn V set and am having trouble figuring out how tall the 1st stage engines are but the entire thing would be really helpful! Thanks!

I've been contemplating this question for quite a while. In the great tradition of this site I felt this needed practical verification. I decided to make a ruler based on scaling up set 5005107, LEGO Buildable Ruler to measure the Saturn V myself.

My conversions are not perfect based on the calculator, but they're close enough that I don't think I messed up anything.

As we know, this is a huge set. I needed my ruler to be >32 studs tall to measure any of the stages. Here's my setup:

I've included pictures of the bottoms of the rockets since they nest somewhat so you can see how tall the rocket engine part ends up being versus the entire shell of the rocket. 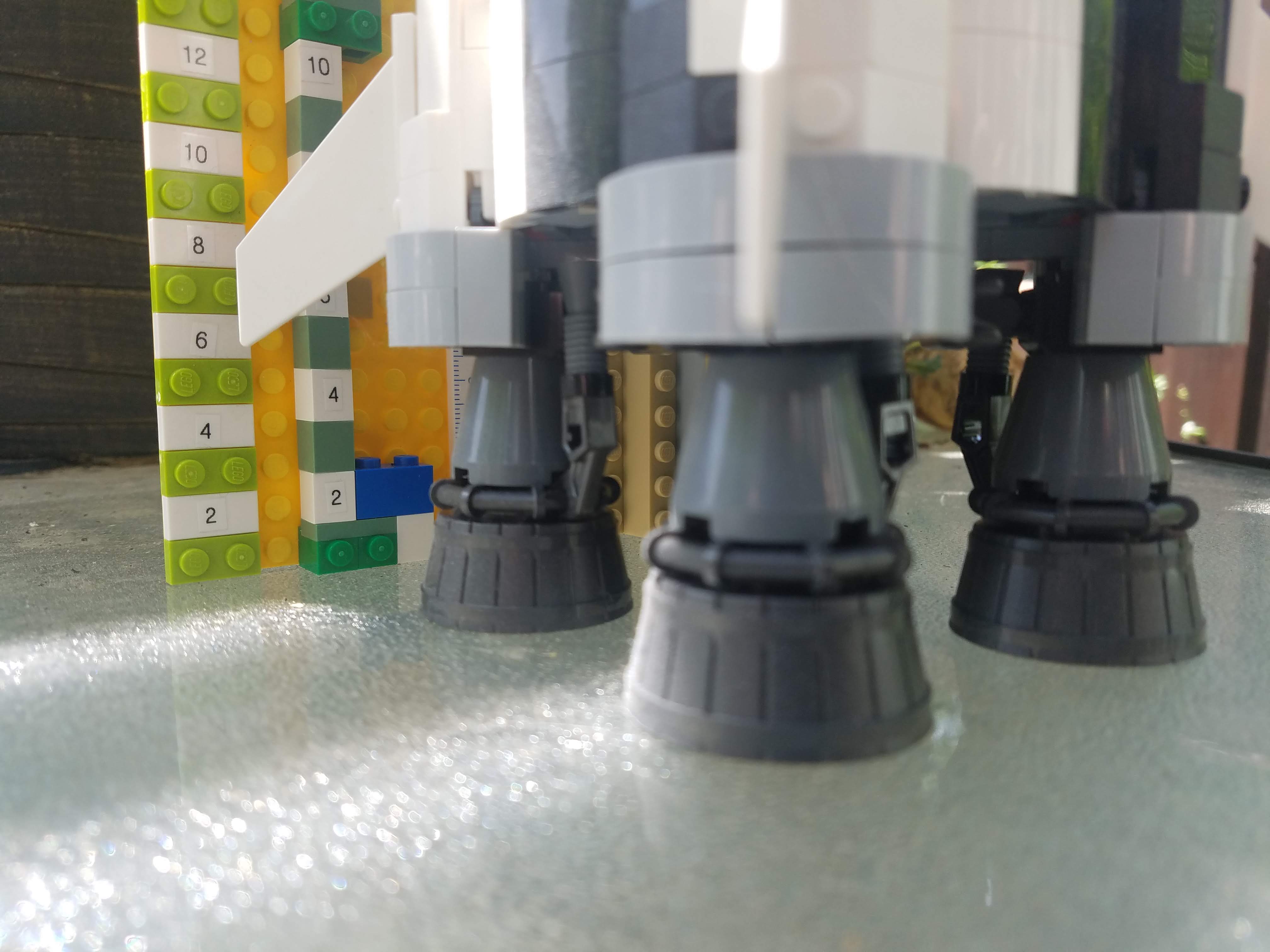 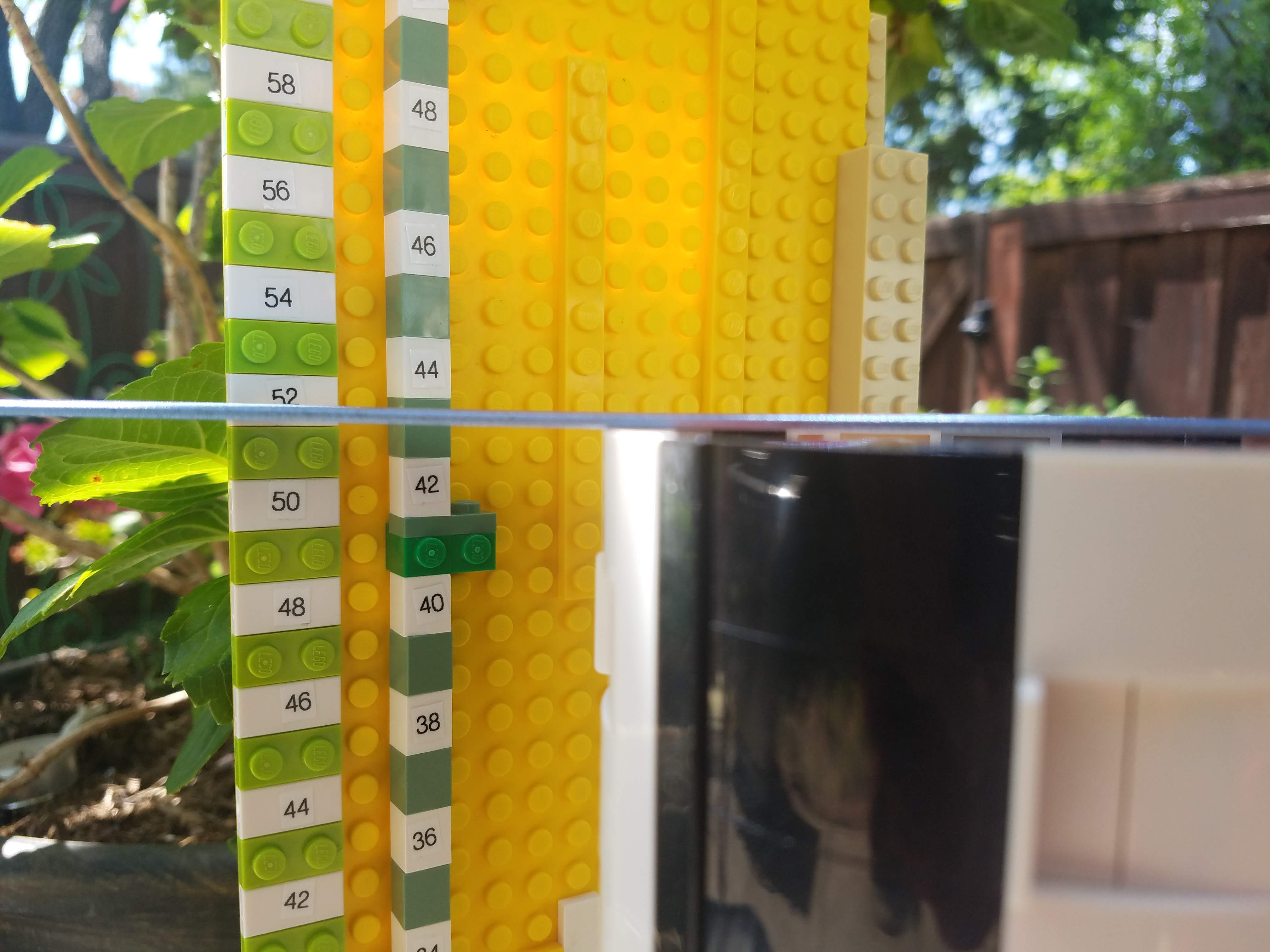 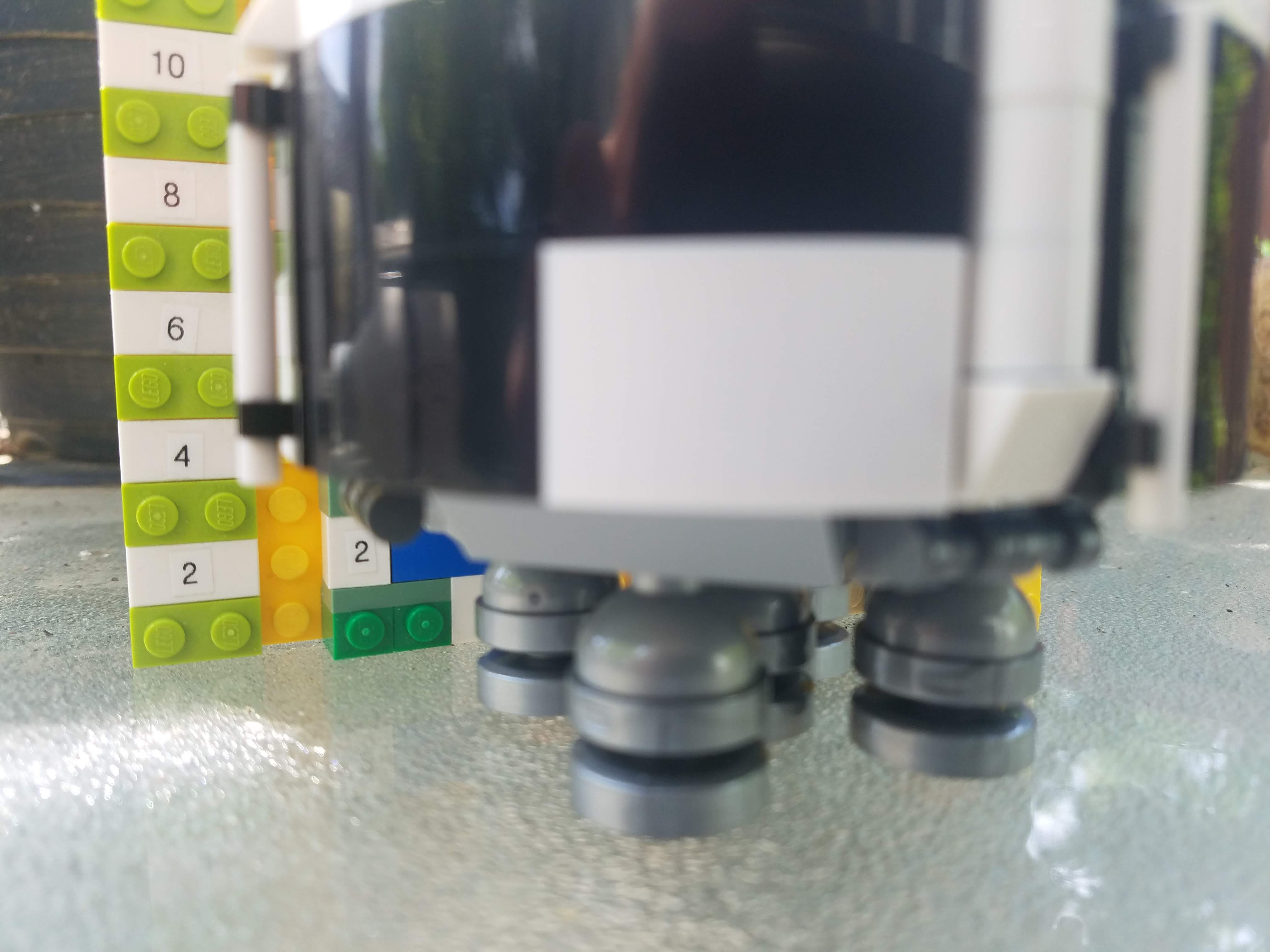 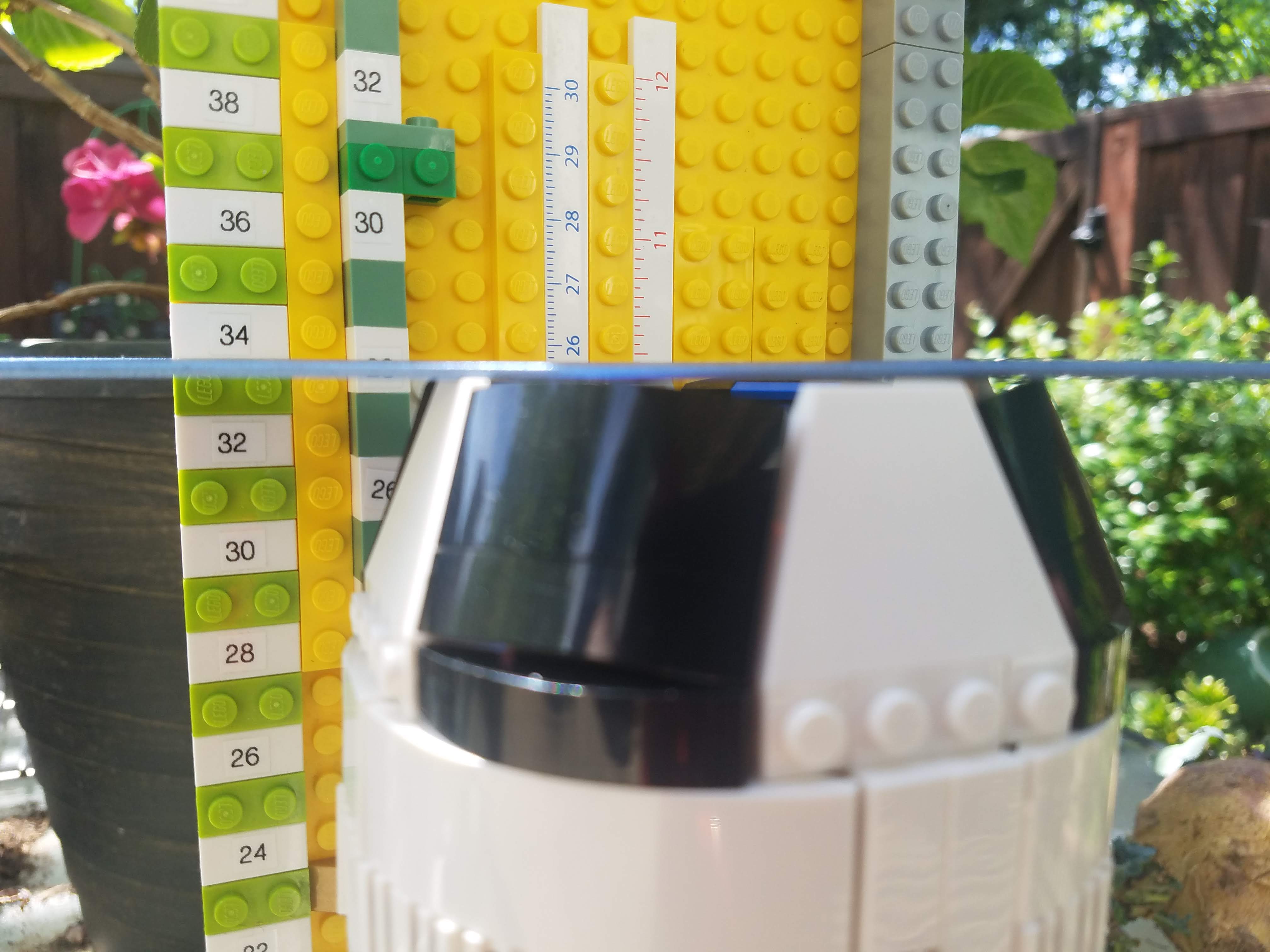 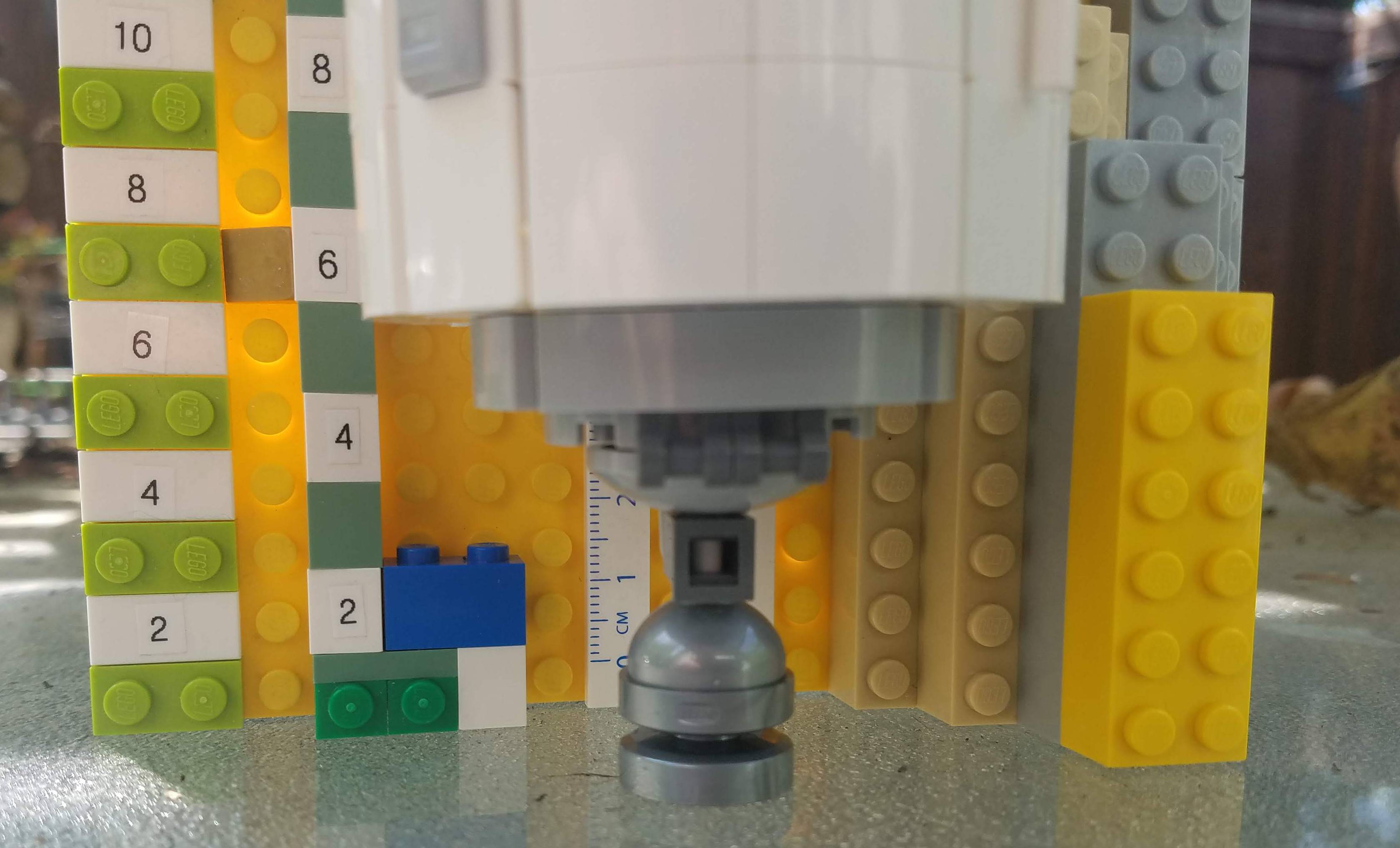 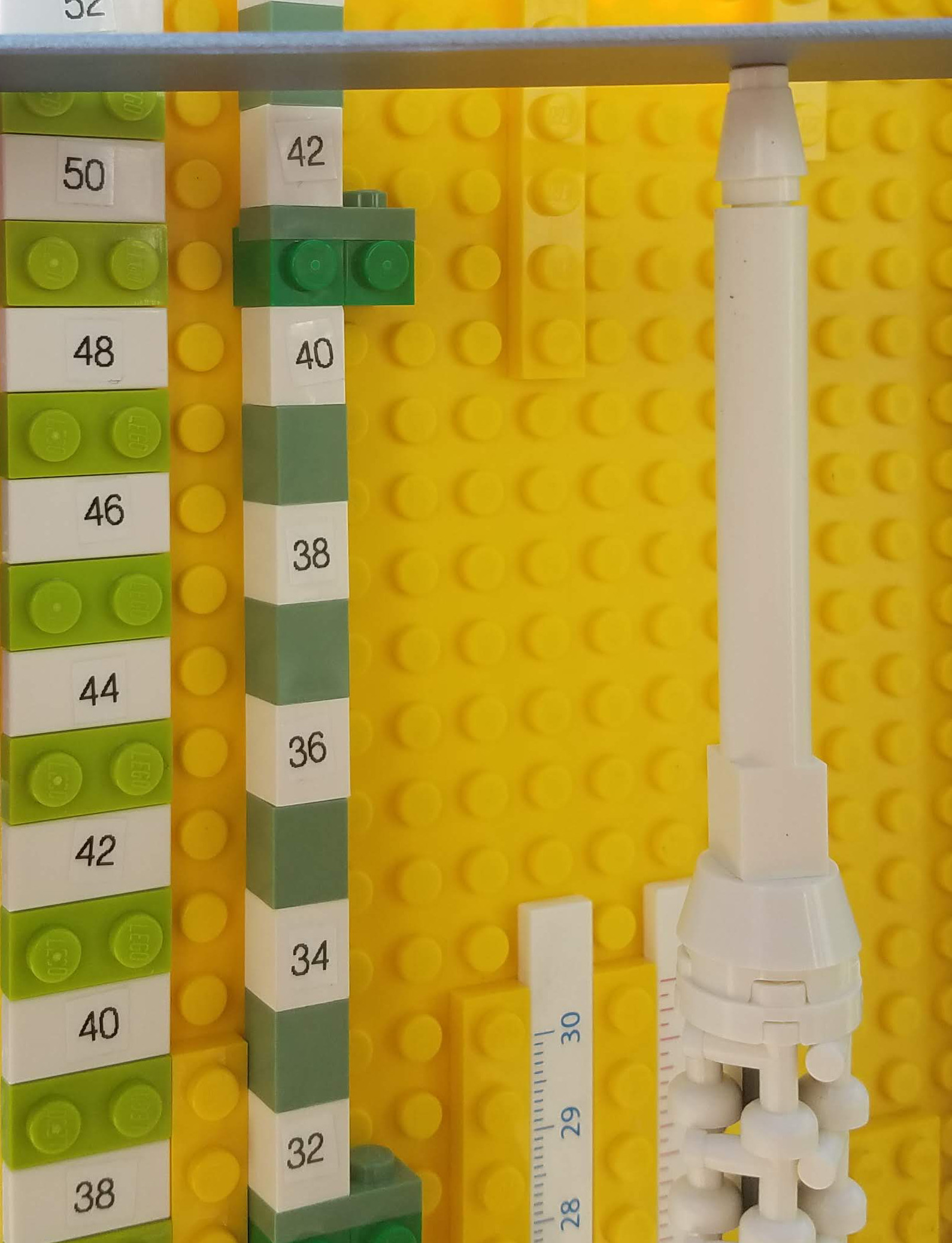 Other answers seem to be focused on stage dimensions, rather than engines as asked in the question, so I'll address that. 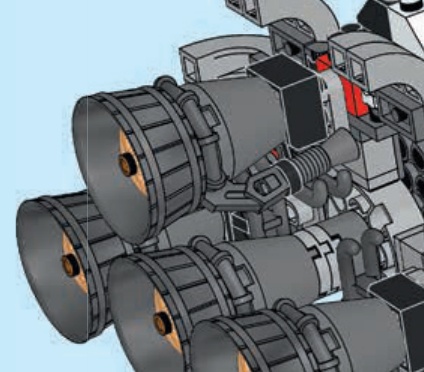 On the box the entire rocket is shown to be 100cm. I just measured the first stage, that is 40,7cm.

Else you can go to service.lego.com and download the instructions aand start counting/calculating (the studs face in different directions, so you can't just count).

150
How much usage can a LEGO piece take before it loses its 'clutch power'?
7
Are there any sets without a lot of fluff?

15
What's the best way to link two (or more) LEGO Power Functions (PF) train motors together?
7
What is the official term used for building MOC models?
1
MOC planning and design
3
How can I make Custom Instructions for my MOC?
6
Tips for getting enough bricks to make a MOC with unified style
1
LEGO Enclosure Clasp
4
Examples of LEGO Rubber Bands Used For Friction Enclosure?
25
Is it possible to build a working 100% LEGO glider with the Technic Catamaran sails?
9
How can I build a Lego slope of this exact angle with ideally only legal techniques?