Arduino-izing LEGO Technic - ideas for a car / vehicle to choose

I am starting a project - Arduino-izing LEGO Technic - and now I need some ideas for a car / vehicle to choose.

This project starts out as a quest to find a way to combine the ease of LEGO Technic chassis building with cheap commodity electronics to motorize and remote control it. I am looking for a car / vehicle that is able to work for this. This could be a simple chassis:

This should be a part of a robotics workshop and therefore I need a LEGO-based platform for younger kids who grew up with Lego but cannot afford to spend hundreds of dollars to buy power functions, LEGO motors, IR remote, and EV3. Thanks to numerous examples on the net and several and Youtube tutorials on integrating Arduino with LEGO, I will try to start out with an interesting example.

Starting point: the kids should be able to complete this project with a small budget and I hope to incorporate this into my robotics workshop in the future.

The main thing is, I need to have the rear axle to be attached to a single N20 motor to move the kart forward and reverse via a TB6612FNG motor driver. Front steering can be controlled by an SG90 servo motor.

I understand that the IR remote hardware (and the method) is pretty hard part to implement and learn about a remote control system so it was a perfect option for this car.

Since this is just a proof-of-concept project and the design follows function - I need to have an idea.

The main question is: which LEGO car to choose? How about LEGO Technic-8071 - the Service Truck? What would you suggest?

If I were you, I'd try to use a car chassis as simple as possible.

This would achieve multiple goals:

Therefore I'd recommend building a simple steered front axle without suspension, a rear axle that is nothing more than an axle and two wheels and slapping both on a large plate or any equivalent flat assembly. 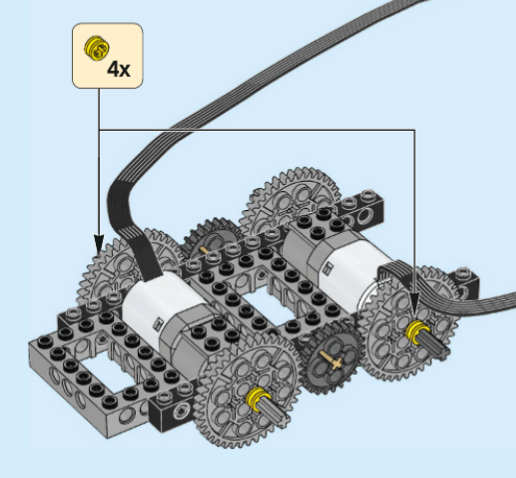 Basically, you have independent motors for the left and right wheels. This allows you to steer quickly and easily without the fuss of a traditional steering system.

The Batmobile is $100 MSRP, and can be found on sale. The included motor controller is Bluetooth based, and can be remote controlled via a smart device or custom software on a laptop. Basically, that set meets your needs if you can afford it.

If that is too expensive for you, I'd still encourage you to consider using a similar design using official LEGO motors. It's relatively complicated to integrate off-the-shelf motors with LEGO (I did this a lot as a kid), and the official motors are actually quite cheap these days. You can pick up Power Functions M Motors for $7.49: 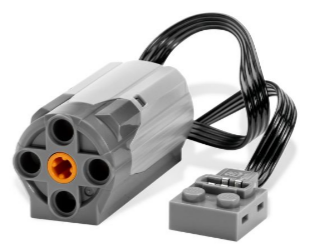 That's $15 for the pair. You'd just need to cut off the Power Functions connector and connect the motor to your driver. This saves you the fuss of mounting your motors and integrating them with LEGO gears and wheels.

This is really outside the scope of your question, but on the electronics side I personally wouldn't use an Arduino. I'd probably go with something that has wireless built in, such as something ESP8266-based. Then, all you need is your microcontroller and motor driver for a working system. The system can be remote controlled from a PC or smart device. You wouldn't even need special software on the remote, as the microcontroller can broadcast an SSID and serve up a web-based controller to the connected device.

So then your BOM would be:

You could probably do the whole thing for ~$30.

Not the answer you're looking for? Browse other questions tagged design electronics remote-control arduino or ask your own question.

37
What are the best options for building a LEGO RC car?
26
How can I use more than three motors with one NXT brick?
9
Does the Power Functions IR Remote Control 8885 make a good remote for a car?
4
How does the remote control on the 9398 4X4 Crawler work?
15
How to build a steerable remote-controlled vehicle with just 1 motor?
7
What LEGO Power Function parts do I need to make an RC car?
5
Is there a way to buy just the robotic parts?
0
Arduino-izing LEGO Technic - and now I need some ideas for the Lego Service Truck 8071
2
Technic beam centering for beam with even length
3
Can I control PF M-motor with PF train controller?