What is the fastest way to estimate the number of pieces in a large collection?

I have a relatively large LEGO collection and I would like to know roughly how many pieces I have; however, it would not be worth my time to count each piece individually. Is there a faster way to estimate the number of pieces? Is there is a way to tell by their weight?

So, can one estimate the number of bricks in a bag or box by weight?

In fact, they do weigh bags and boxes over at the factory to make sure there aren't any parts missing. But of course they're just comparing expected weights.

However, you can use a scale to estimate a number of bricks, if you have sorted them out individually.

If you keep your pieces in trays or drawers and you have a big bin of identical pieces (2x4's, 2x1's, ...), you can estimate them by weighing them.

Gets close. Speeds things up.

Anyway, try to narrow things down. To do so, collect as much data as possible.

All this should already give you a rough number, considering the sets/mailorder/bulk ratio.

(Disclaimer: Do not take this last part too seriously...)

Or is it all in ONE BIG BIN?

Take an aerial view, divide it into sections, count people in one frame and multiply by frames. As long as people are spread out evenly, you should get close enough. 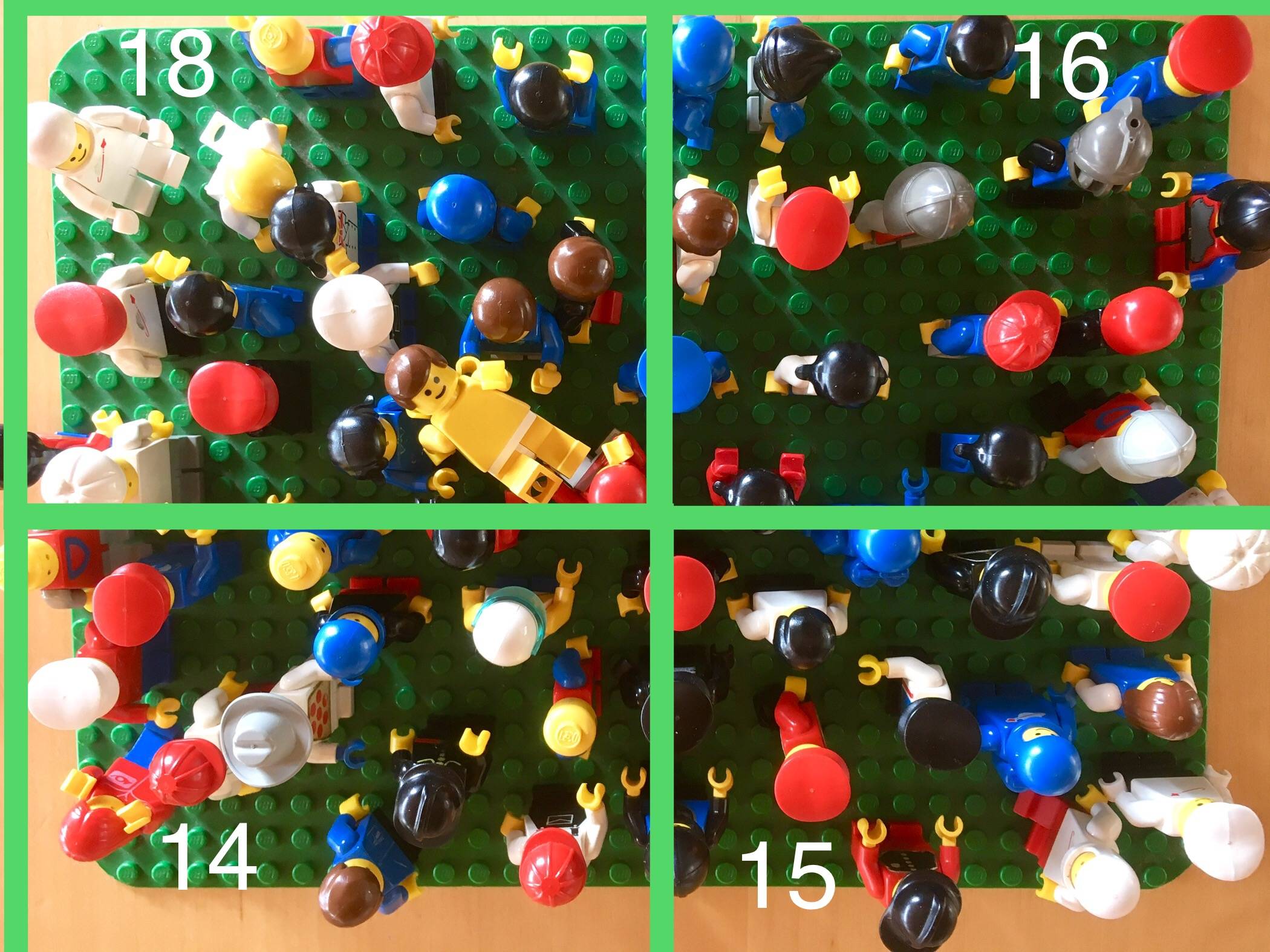 Example: There are (maybe) 63 minifigs in this picture. Count all minifigs in one of the frames and multiply them by four for a rough answer. 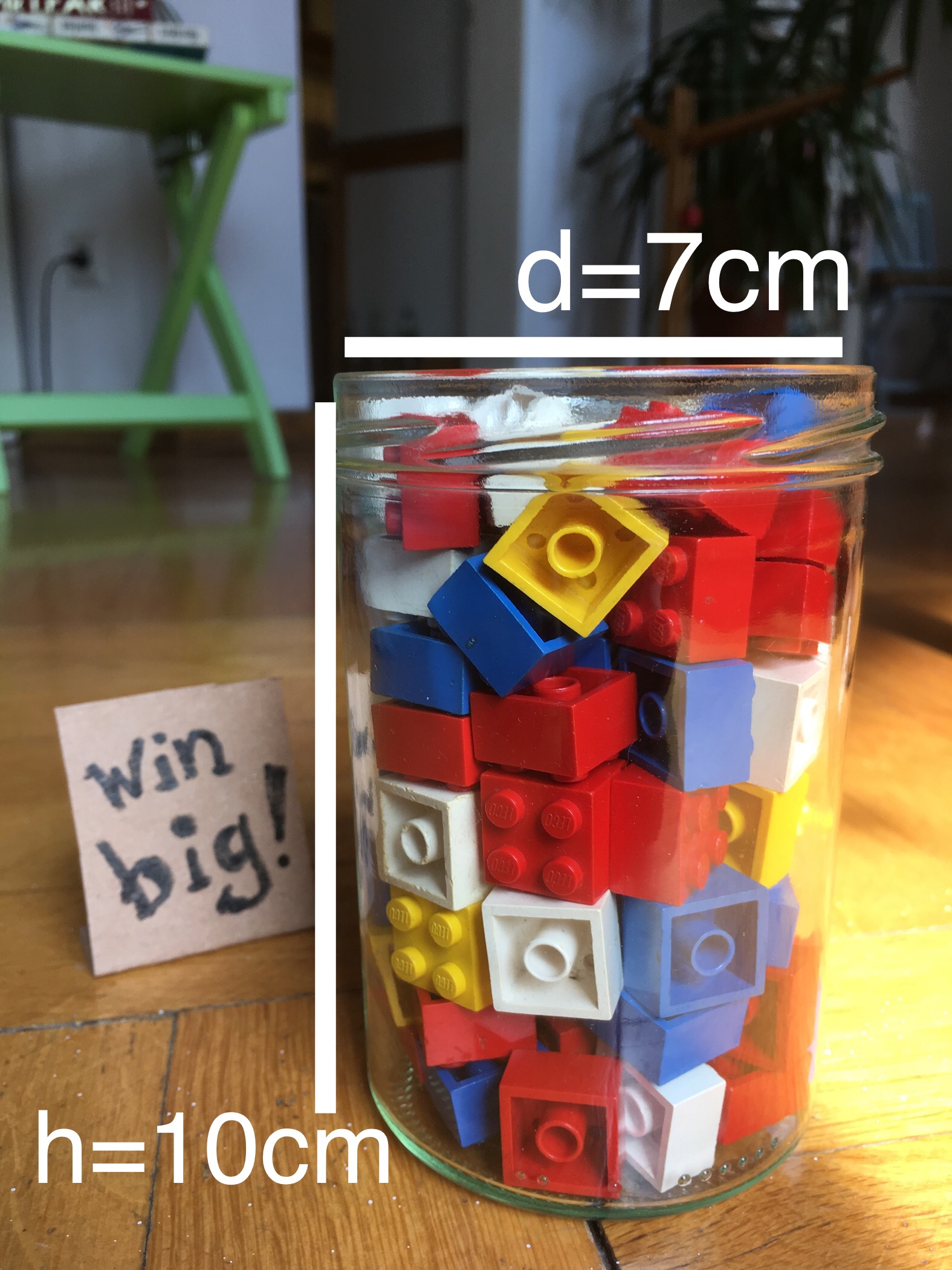 Find out about jar and jellybeans, diameter, height, volume. Calculate. As long as you're not getting peckish, you should win big.

Now, how can one estimate the number of bricks of completely different shapes and sizes in ONE BIG BIN?

Conclusion: You're better off counting. While sorting out.

If the parts came from sets then you can search bricklink.com for the sets, and it will then tell you how many parts is in each set. It is then just a matter of summing them up.

Not the answer you're looking for? Browse other questions tagged size weight or ask your own question.

40
What is the largest single LEGO piece?
35
What is inside the "weight element" brick?
20
What are the largest Technic-compatible tires on the market?
84
What are the dimensions of a LEGO brick?
16
Under what conditions are the LEGO boardgame dice unfair, and by how much?
25
What are the practical bounds of a minifigure?
30
What is the smallest LEGO component?
4
How large is the face of a 2x2 45º brick?
6
What is the longest 1×x brick ever released?
9
What is the maximum size of Lego instruction booklets?