Recently, I got the S-12012 Light Stax kit with 50 (!) light bricks. They are different from those described in this question, but they are much cheaper, colorful and with blinking/pulsating effects. However, there is one disadvantage: all bricks have to be attached to each other to lighten up. So if I wanted to light up different areas of my set I would need several of the 4x4 battery bricks (there is only one in each kit).

My question: Is it possible to to connect/solder wires between the bricks to extend the range?

The lights are LEDs, and it does not matter how the bricks are connected as long as one stud is connected to the underside of the next brick. There are contacts on all studs and undersides. I want to avoid damaging the bricks with my limited soldering skills.

I tried to use the 8886 PF Extension Wire, but that did not work. The contacts don't match.

Pictures 3 and 4, respectively, are close up photos of the studs and undersides of the bricks. Does this help to tell how extension wires could be attached? 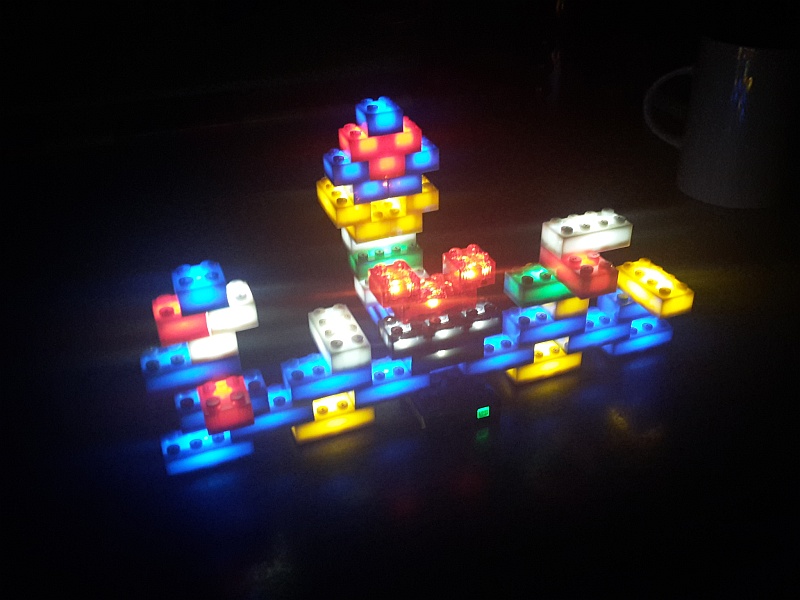 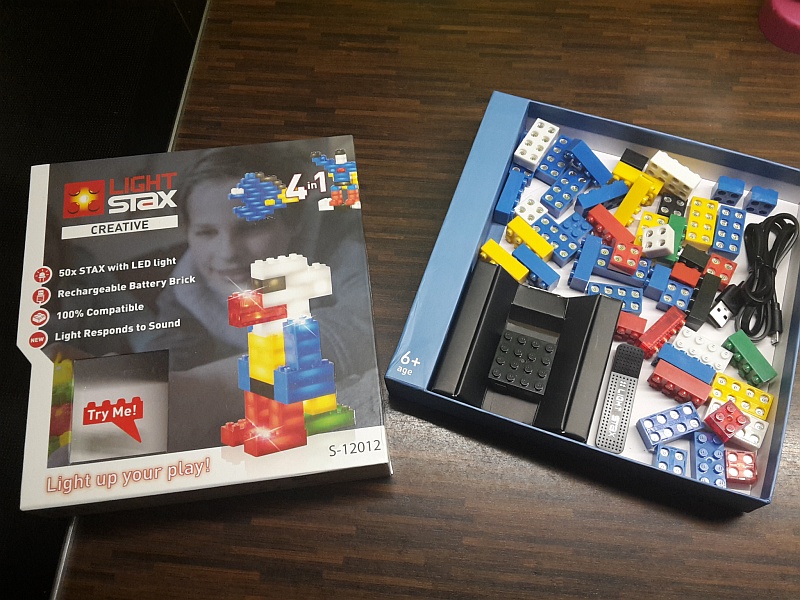 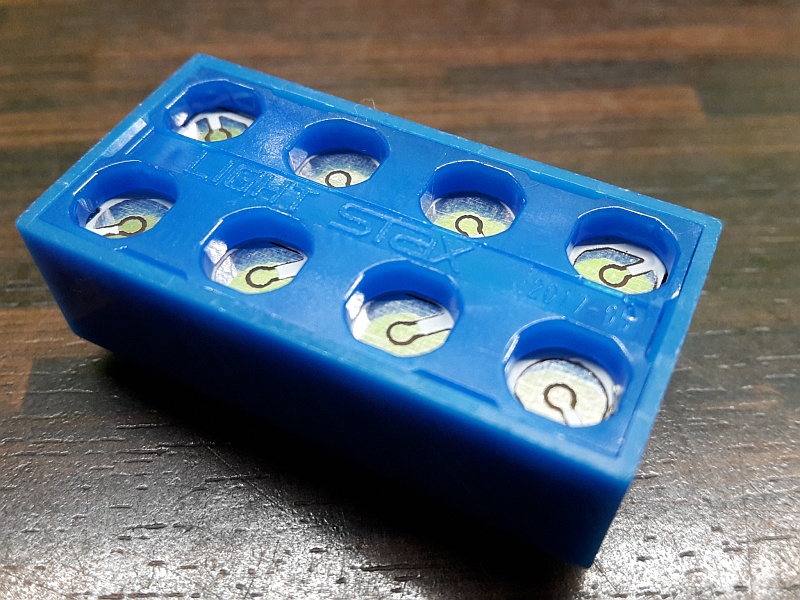 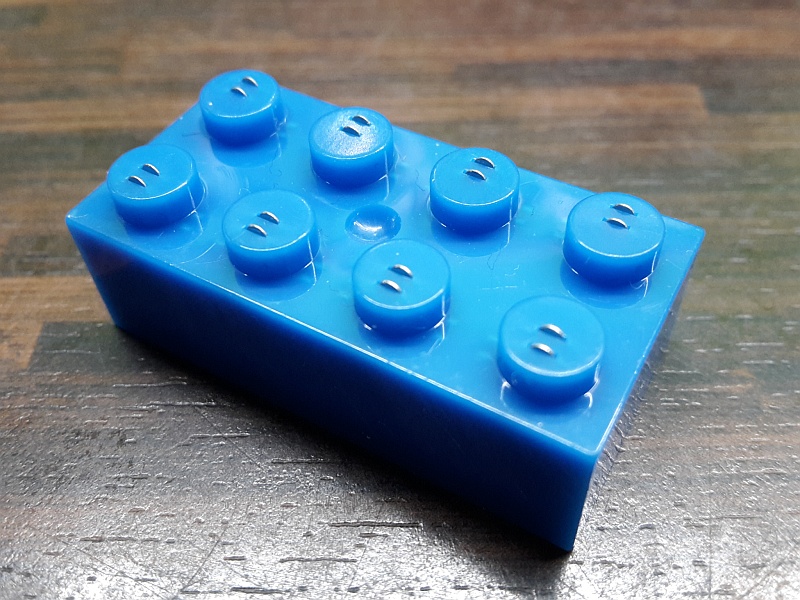 I have also little soldering experience, but I managed to create custom extension cables:

First: open the cover with a small screw driver: 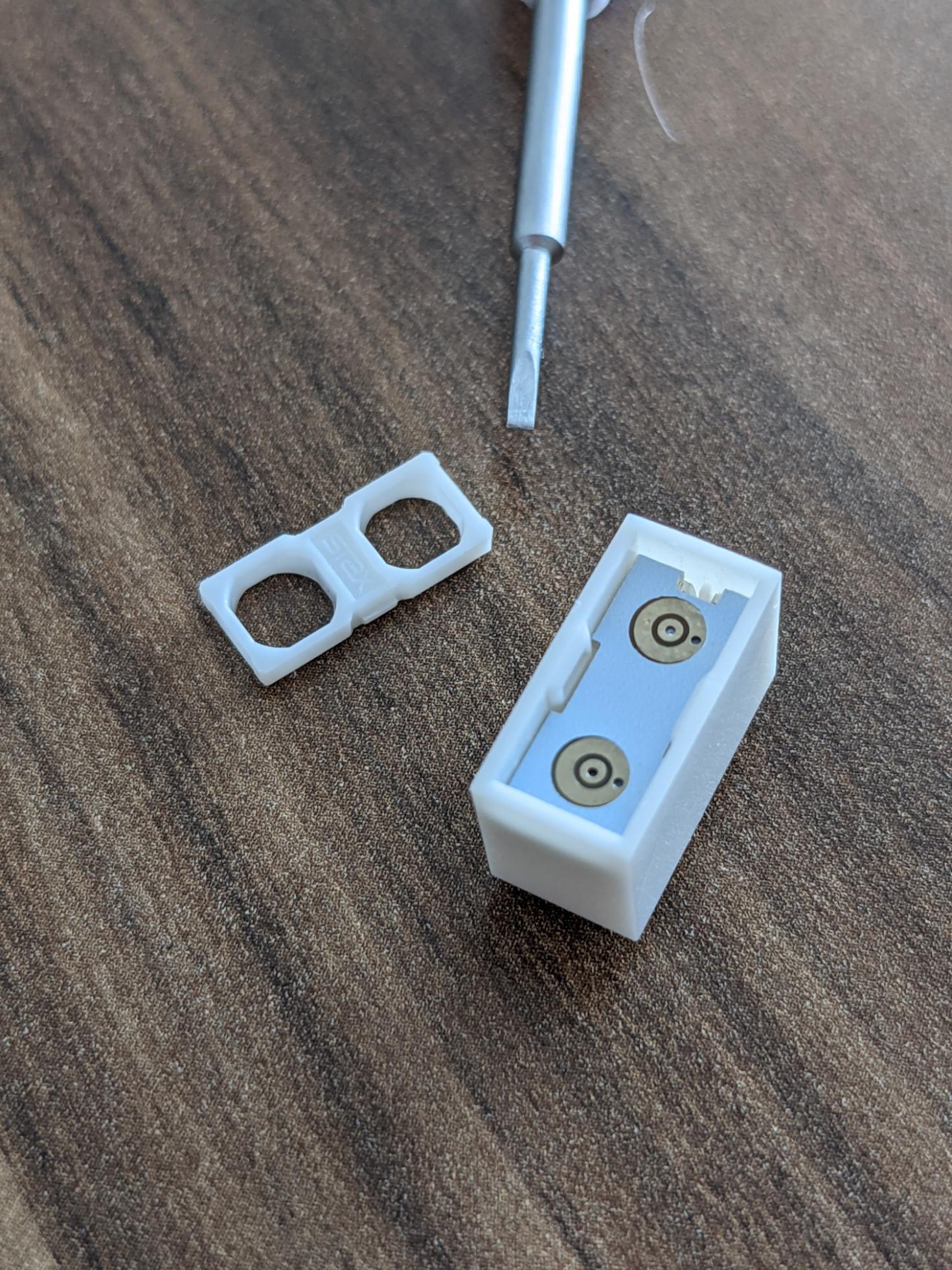 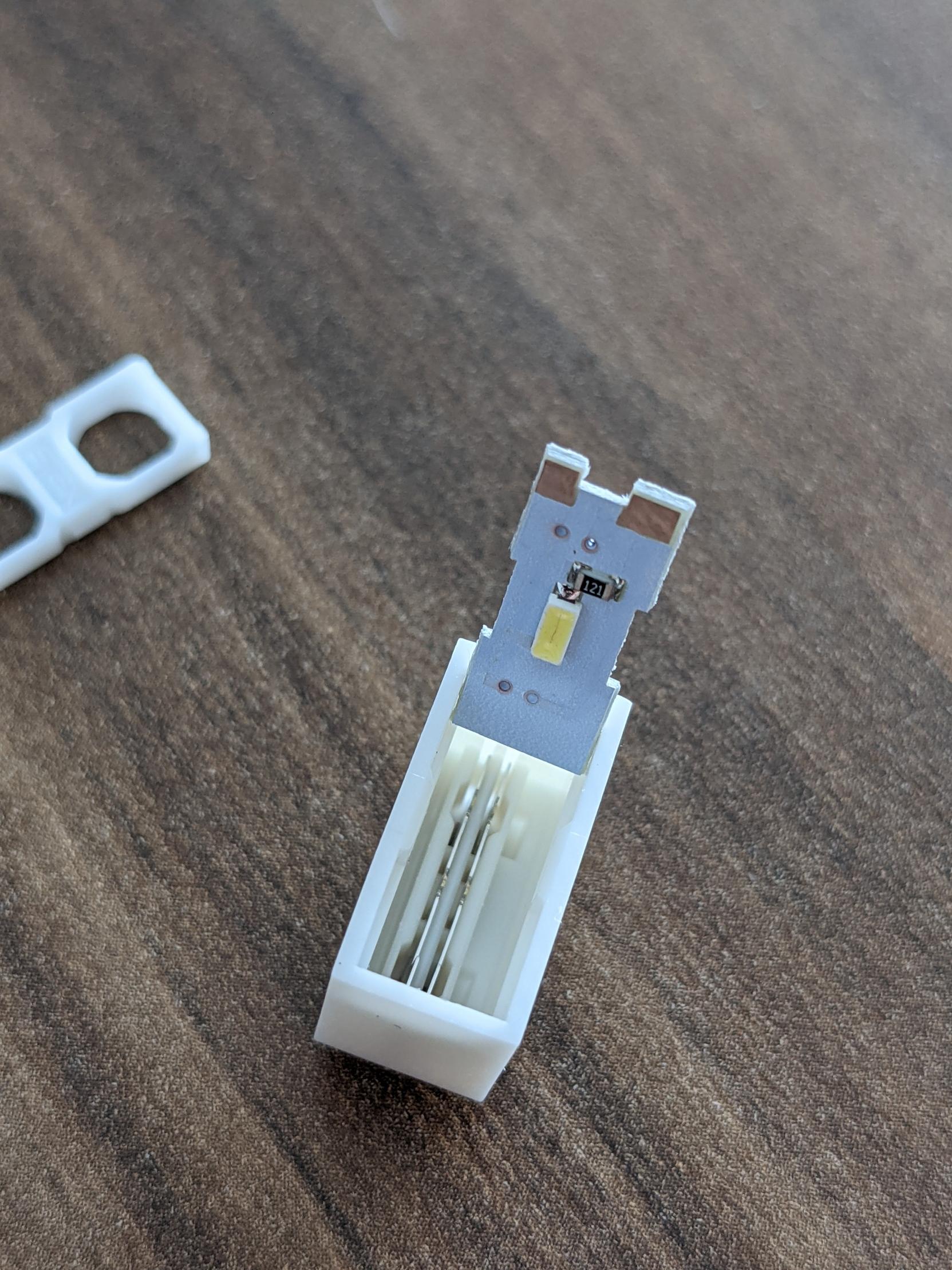 Then you drill a small hole into the opposite side of the metal plates, insert a small 2-wire cable (~0,25mm) and solder it to the PCB.

Then put it together and have fun.

Not the answer you're looking for? Browse other questions tagged building clone-brands electronics lighting or ask your own question.