What is the purpose of the discontinuity in the DUPLO train bridge rack?

DUPLO bridge elements include racks to allow the powered trains to be able to make the climb. An example of this is element 35138: 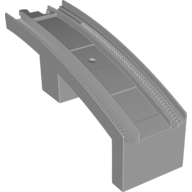 I noticed that the gear rack on this element is not continuous at the peak of the bridge. Here's what the rack looks like at that point: 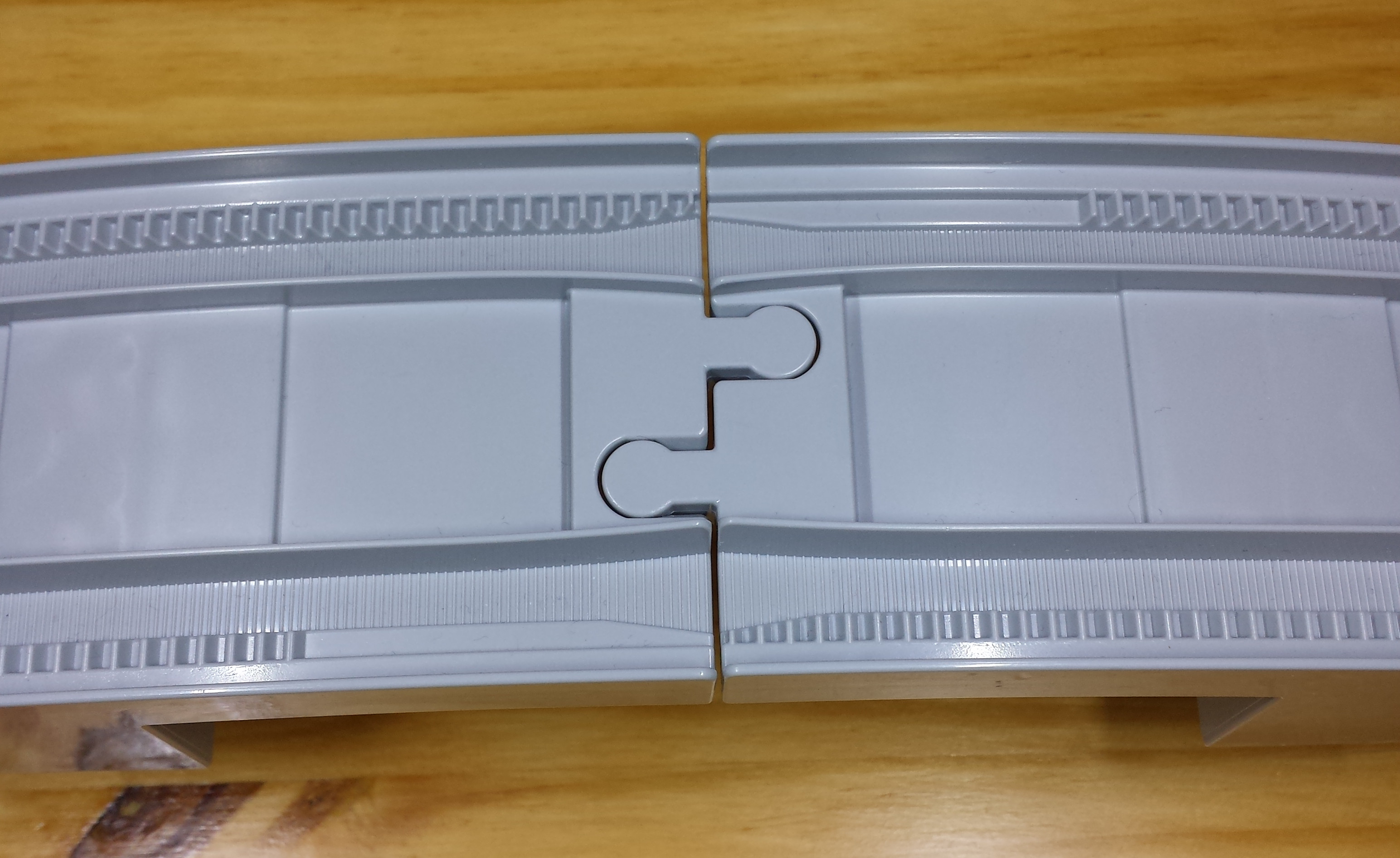 It seems to me that a continuous gear rack would be the obvious design choice. What is gained by including this gap?

I could imagine that this design was chosen to take care of slight angular missalignment of the tracks at the peak of the bridge (the two parts are not exactly in a straight line but slightly bent at the joint). I cannot confirm whether this is possible, because I don't own these parts, but I think for easy assembly and disassembly they have to have a little bit of wiggle room.

The problem in this situation could arise when the train passes the joint, the tracks are not in a straight line, the gear rack reaches directly up until the end of the two tracks on both sides and the solid axle in the train forces the two gear parts on both wheels to be aligned to each other, but the gear rack on the tracks would shift, forcing one side to raise up, putting the wheel teeth on top of the gear rack teeth.

This is only a good guess, but I could imagine in combination with a heavy train this could lead to the train not moving any further because the wheels are again and again slipping out of the gear rack.

The chosen design prevents this because the teeth only need to grab on one side while the other side has a some time to align to the "new direction" again.

Not the answer you're looking for? Browse other questions tagged trains duplo or ask your own question.

19
What are the exact dimensions of a DUPLO brick?
7
Are wheels from Duplo numbers' train set 10558 compatible with bridge 3774?
5
DUPLO Train Shopping Resources
5
Can the DUPLO My First Number Train fit on DUPLO tracks?
12
What is the length of a DUPLO train bridge?
8
DUPLO Train Action Bricks
7
How to disassemble the propulsion wheels of the LEGO/DUPLO train engine base part# 28743 drivetrain?
1
Lego Duplo 10508 train does not pull up the bridge
7
Old Lego duplo train not working on batteries