Technic beam centering for beam with even length

I design stereo camera housing for robotics (3d printing). I want the housing to be able to connect to both LEGO Classic and LEGO Technic blocks. I designed 2 groups of 4x4 holes/pins on the bottom/top of the case for LEGO Classic. This works fine using the camera as "intermediary" piece (connecting bricks both from bottom and top and incorporating the camera into a LEGO robot).

However I also want Technic to mate the camera. I came up with holes for Technic pins which make some of the "Classic" holes deeper. The problem is Technic uses odd number for beams so they can center with one hole. Is there a part (maybe 2-sided double-beam) that would connect even to odd and allowed me to center the camera on LEGO Technic properly?

Sure I could move the holes one step to sides (make beam 5 fit) but that would produce the same problem on the Classic side (centering, using 7x2 or 8x2 instead of 6x2).

Camera bottom side (hole in the center is for tripod screw):

Hmm... I don't know... I personally, wouldn't try to reinvent pin placement of Technic holes and Studs. I'm not saying being creative that way is too challenging. What I am saying is that, we should work with examples, or in this case parts that already bridge Classic stud width with Technic holes.

Placing pins where the studs belong seems akin to reinventing the wheel, when we could be building off the long work history already put into the wheel's design, and spring board off that instead.

With that said, I'd point you to a Technic 2 x 4 plate with three holes.

Visually, to me, the stud width of your design looks like a Technic 2x6, but there seems to be enough room to jam a Technic 2x8 in there.

For my brain to work, I like pictures. So, for piece inspiration, I'd go to Bricklink's database and just type "pin", "pins" or "holes" and look at the pictures of parts that have a key word in them. Doing this expands the possibilities of what could be done to make your design solid. 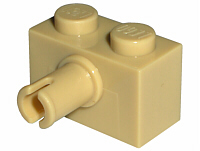 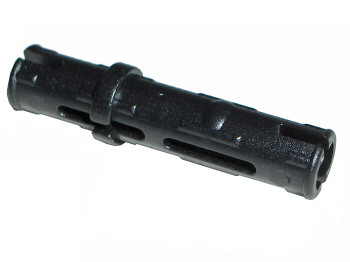 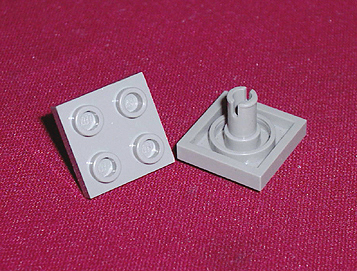 Also for me, it's easier to reverse engineer things I see. So, for ideas I would BL search these parts, look up the sets that they were in, and watch a Youtube * speed build of one of these Technic sets to see how the part was used, and maybe come across an ingenious way someone mated Classic studs with Technic pinage.

(* When dealing with Youtube. Time is precious and limited, so remember we can reclaim some time by speeding up YT playback with the settings "gear".)

There are no pictures showing the total height of your camera rig. I'm just imagining it inside a robot, or something, and the height of it doesn't conform to the standard bricks built around it.

Try to standardize your work, by making sure the total height is equal to a pillar of bricks, and round the entire height to the nearest brick.

What if you had anti-studs where you want them, at stud-depth, but also overlaid technic holes at full technic pin depth where you want them? This would lead to a complicated, non-standard arrangement, but if you look at, eg, the new 2x1 jumper plates, they are designed to allow a stud in the middle between the two normal anti-studs. Since you have two different depths here, it might be possible to make the technic pins still click properly.

Failing that you could just not provide the full set of technic holes and instead spread them around outside the studs.

Not the answer you're looking for? Browse other questions tagged part-identification technic compatibility design robotic or ask your own question.

35
When did LEGO decide that it was okay to put a stud into a Technic hole?
19
How much weight can a handle of Technic pegs and beams support?
11
How to make a conveyor belt with LEGO parts?
3
Part Identification - bricks with posts
4
Identify brick with internal battery, light and sound
4
Overview of Engineering Principles incorporated in Technic LEGO sets
9
What part(s) can I use to connect modules at a 90 degree angle?
7
Long train Bridge tension and compression angles (minimum brick count)
7
Does a 1x3 Lego technic liftarm with two round holes and one axle socket exist? (for tank suspension usage)
5
Is it legal to sell a custom element that provides a Technic pin connection?