Why isn't the new LEGO CV joint available on Bricklink or Brickowl?

In the new 4x4 X-treme Off-Roader set 42099 there are 2 new, sturdier CV joint pieces that I would like to have. If I search for 42099 on Bricklink I don't see a list of pieces included in the set. I usually use a website called "Brickowl" (https://www.brickowl.com/) and there is a button that reads "inventory" so I can see all the pieces that come with the set. There doesn't seem to be such a button on Bricklink and on Brickowl I can't see the piece at all. Any info on why the CV is not there or how to access the inventory on Bricklink would be very much appreciated.

As Henrik stated, they are simply too new. Lego shop has the set listed but with an incomplete parts inventory at the time of this answer. One additional problem I found is that they have even failed to list one of the two parts necessary to complete this joint in the instruction manual itself. I found this information on the review by Huw on Brickset (part 1);

"The light grey part is element number 6262966. The dark grey part is not included in the inventory at the back of the instructions for some reason." 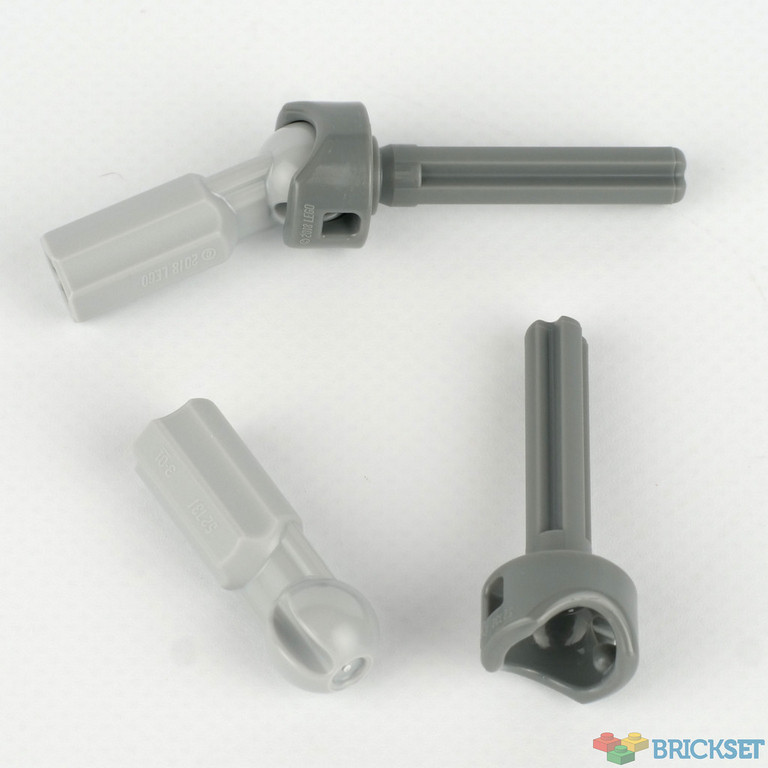 Also on a Youtube video by Sariel linked in the Brickset review (part 2), right about the 3:00 mark: 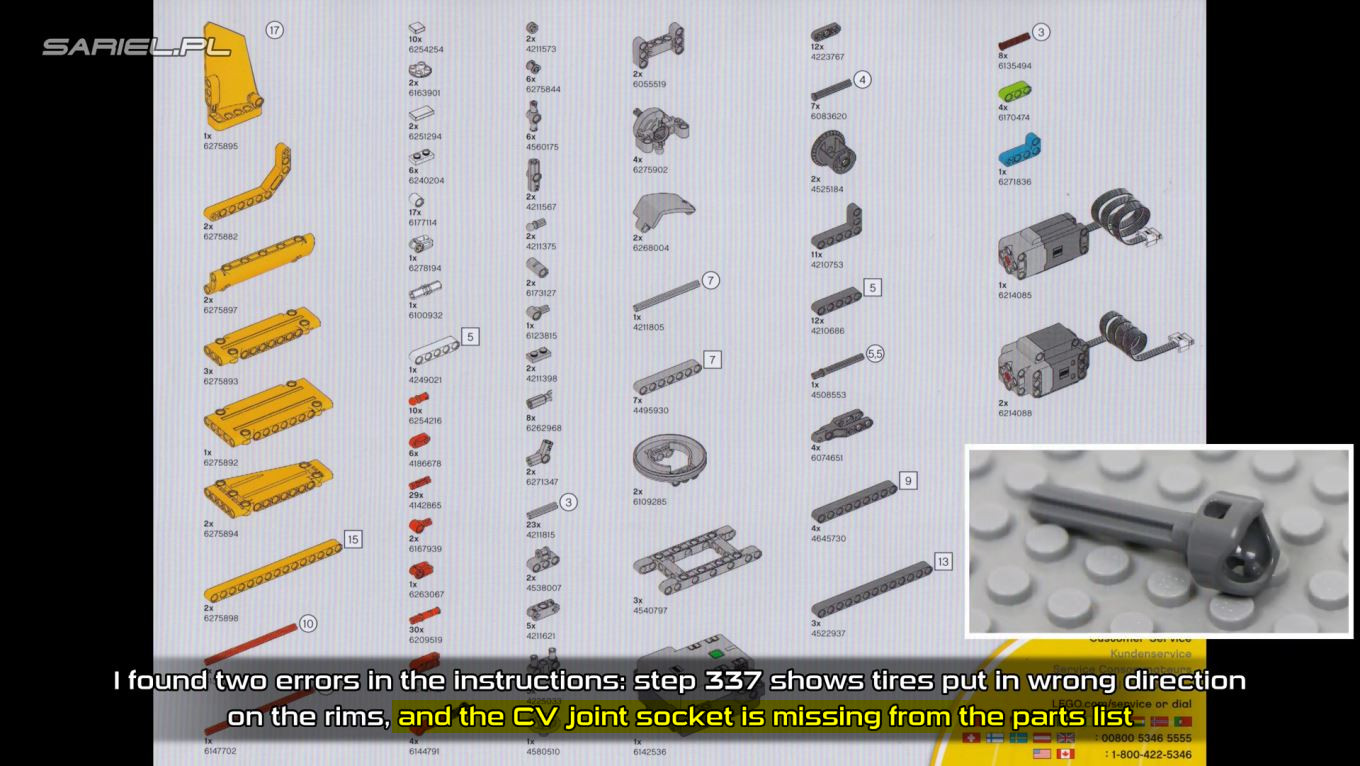 The sellers on bricklink/brickowl doesn't have ways to get elements before they become generally available.

As 42099 is brand new, pieces that are (currently) unique to that set probably hasn't made it to those sites yet. Have some patience, they will likely be there shortly.

Those sites rely on users submitting inventories so until somebody submits one, there won't be one (bricklink actually shows: "Inventory Pending Approval", so it probably won't be long).

As the one who provided the inventory for an unrelated set, 70825 Queen Watevra's Build Whatever Box!, another set that introduced brand new and (at the time) unique part molds, I can provide a firsthand answer on why this is.

On sites like BrickLink, all catalog items are user-provided data, and aren't automatically mined from LEGO or some other database (unlike Brickset, which does pull inventory data directly from LEGO). This means that if a set contains new elements, meaning any of

then a user, preferably with a physical and complete copy of the set, must create requests to add these new elements to the BrickLink catalog as part of the process of inventorying the set. The process of adding an item involves determining the part ID by looking at the part itself, providing a photograph, and naming the part (often a BrickLink-specific name that's more meaningful than the official LEGO name).

As long as this is not yet done, the element will not be present on the BrickLink catalog. But for almost every set, eventually, someone will. It's only a matter of time.

The set I inventoried (70825), for example, contains four unique printed 1x4x3 bricks. This size of brick, whose part number according to the mold itself is 49311, first appeared only in this set at the beginning of 2019 and didn't start appearing in other sets until later that year. So I had to manually add four new parts to BrickLink with the number 49311 (and a suffix corresponding to each of the four prints) and wait for them to be approved by a catalog admin. The immediate next step is then adding the inventory of the entire set to the BrickLink catalog, although technically once a part itself is in the catalog it'll already be searchable by its part number.

Similarly, somebody with a copy of 42099 needs to examine (both parts of) the CV joint, provide appropriate names and images, submit a request to add it to the BrickLink catalog, and then inventory the entire set (not even LEGO has a complete inventory of it yet online according to Brickset, and that's on top of the unfortunate oversight in the instructions!) before you'll be able to find it through that set's inventory. As mentioned, this will eventually happen, so just sit tight.

Not the answer you're looking for? Browse other questions tagged piece-information technic shopping brickowl or ask your own question.

8
How can I find out what parts are in a Lego set?
3
Is there a list of giveaway sets from Toys R Us or other events?
4
Is there a site where I can put in a set of individual lego bricks (by part ID) and get an optimized list of stores to buy (to minimize shipping)
2
Transfer BrickOwl wishlists to BrickLink
3
Extract Bricklink or Brickowl parts list from LDD (on OS X)
3
Do extra parts add to set's resell value?
0
How do you sell Lego on Brickowl?
18
Is this part real LEGO or a knockoff?