When was this Lego Adventurers T-Shirt produced?

When was this Lego Adventurers T-Shirt produced, and what is its model number?

The link says 1998. Is it correct? And where can I see the full design? 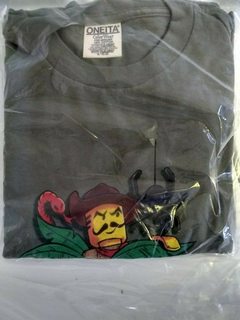 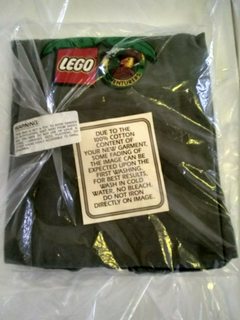 The shirt itself says 1998 on it, which coincides with the earliest known release of a set for that theme. 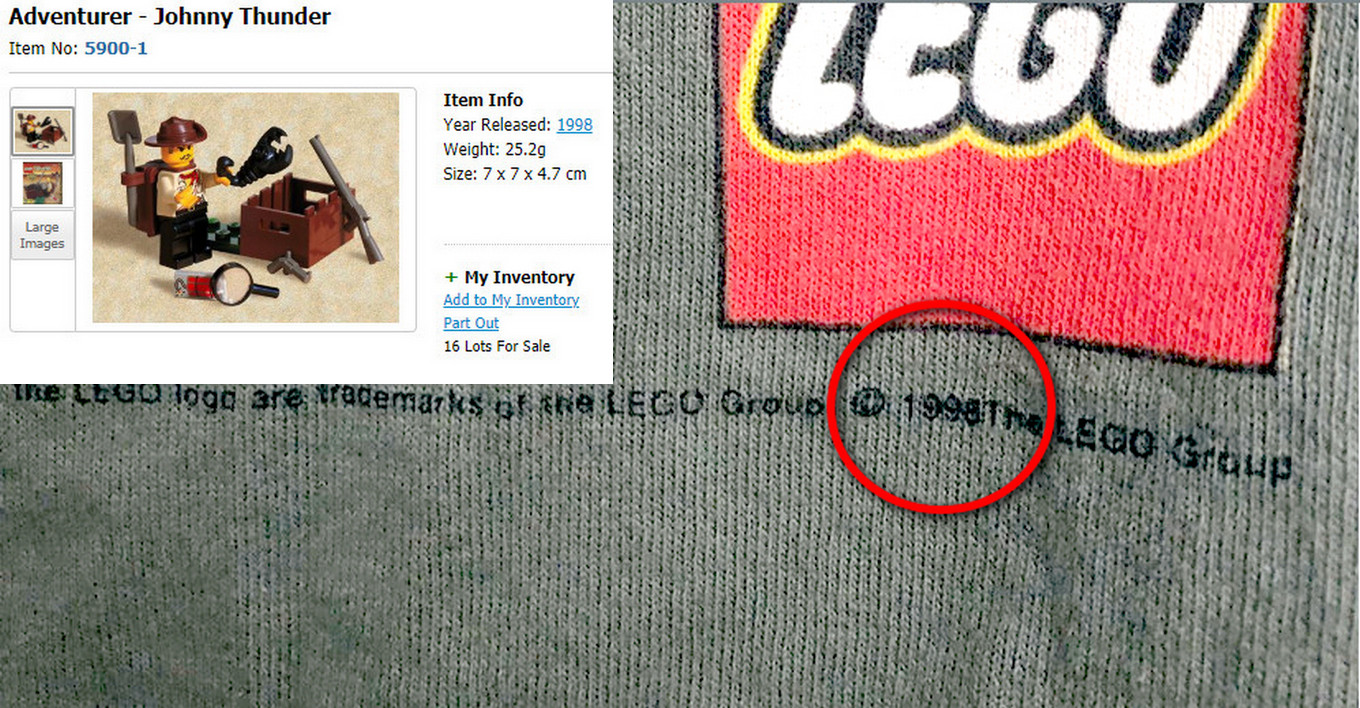 Here it is advertised on/in this 1999 January/February issue of Lego Mania magazine: 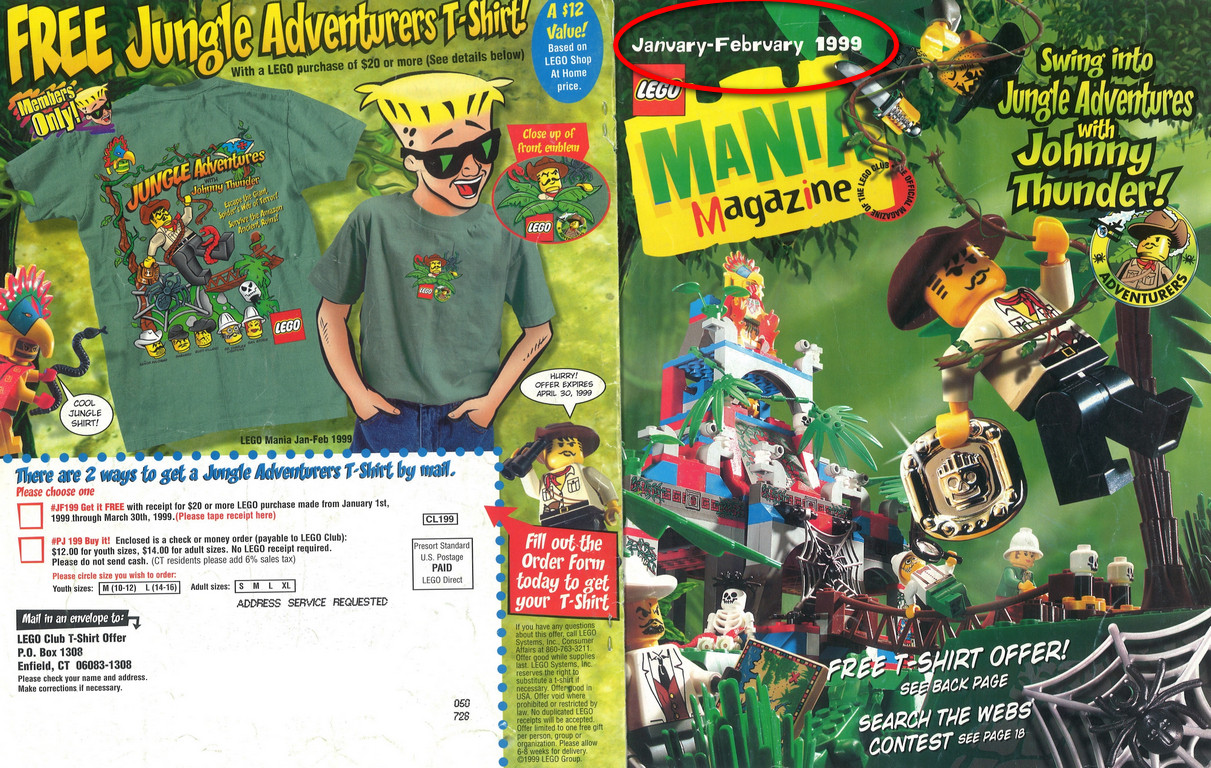 Given this was advertised at the very beginning of 1999, I think it is safe to assume that 1998 is the correct date for when the T-shirt and Magazine were printed. As for a model number, as Alexander O'Mara mentioned, it's listed on Bricklink as TS10. I am not familiar with model numbers for Lego clothing, or if they even have them. Bricklink has likely created their own format for designating a number to a particular design to simplify and clarify it's identification for buyers and sellers.

The Jungle Adventurers sets were released in 1999, and it seems likely that it would be released that same year. The full design below shows this is the Adventurers line it corresponds to.

There is a copyright on the design, which turns out to be 1998, but it likely predates the actual release which seems to have been in January 1999.

Unclear if it really has one.

BrickLink lists it as TS10. 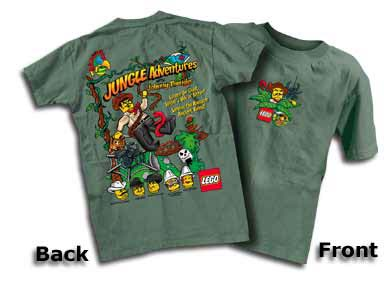 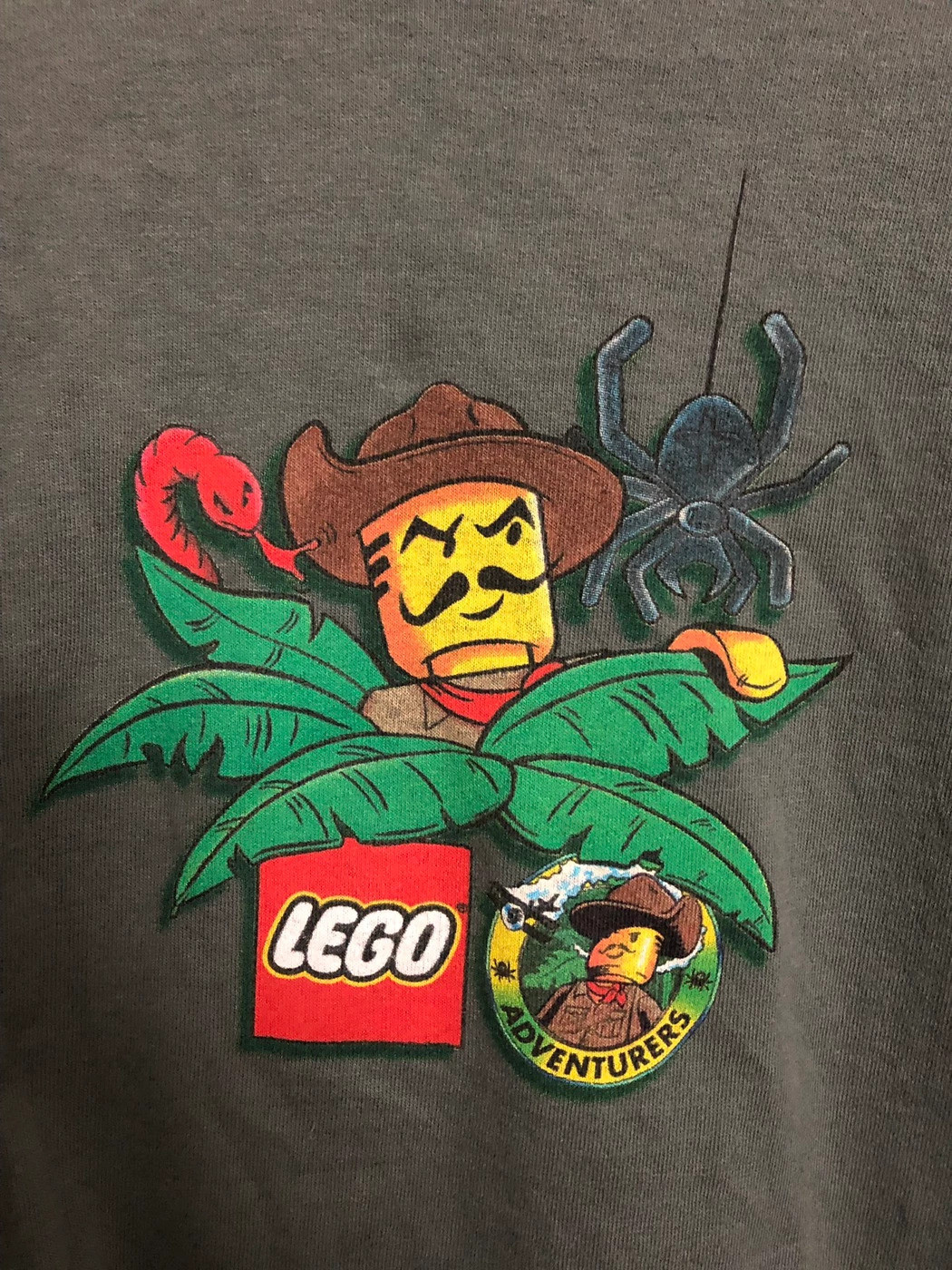 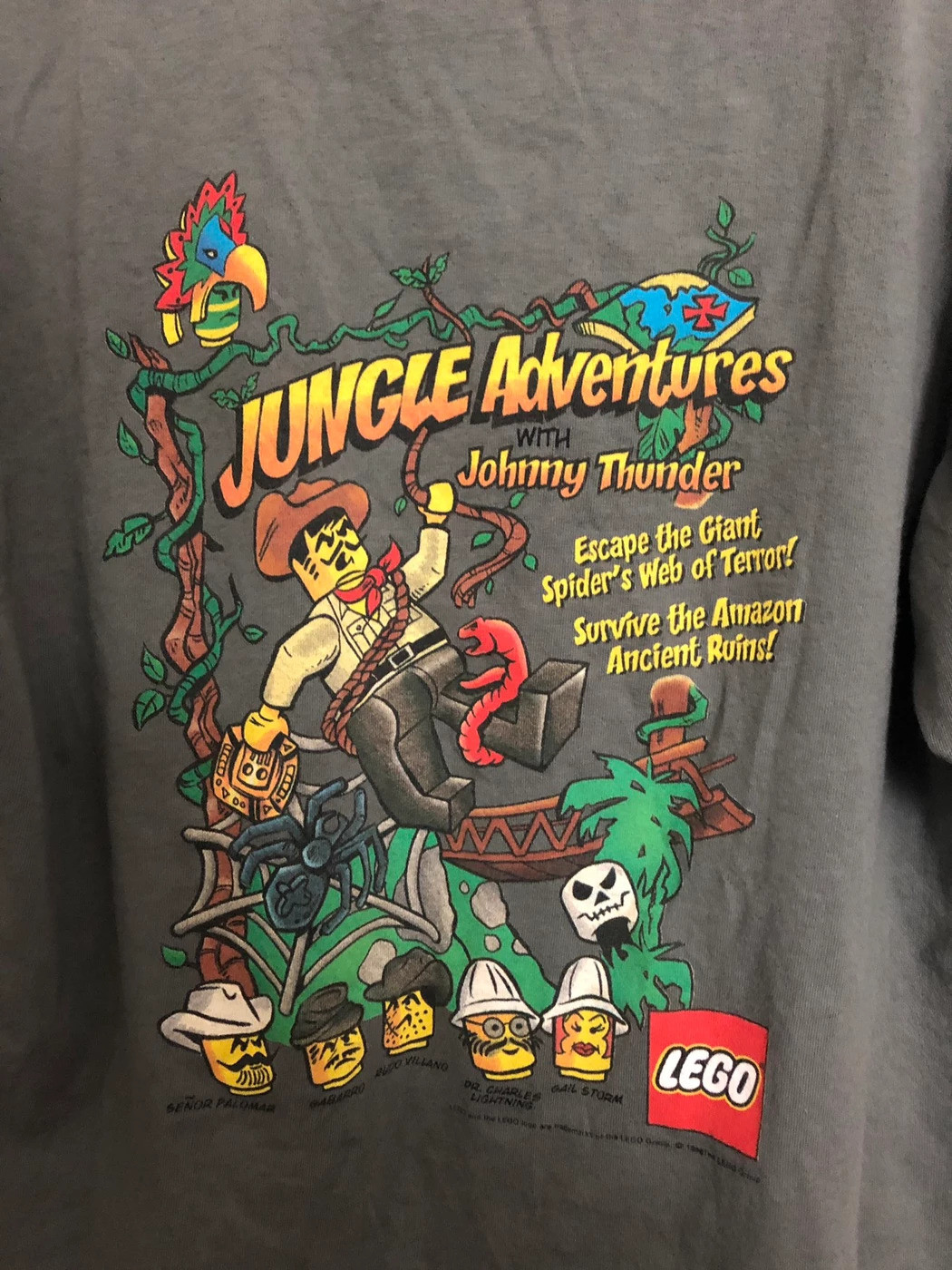 Not the answer you're looking for? Browse other questions tagged set-identification apparel or ask your own question.