How is this kind of structure made?

Recently I found a MOC made by Headzsets from Instagram, in particular this interesting structure from his EVA work. Here is a picture of his structure: 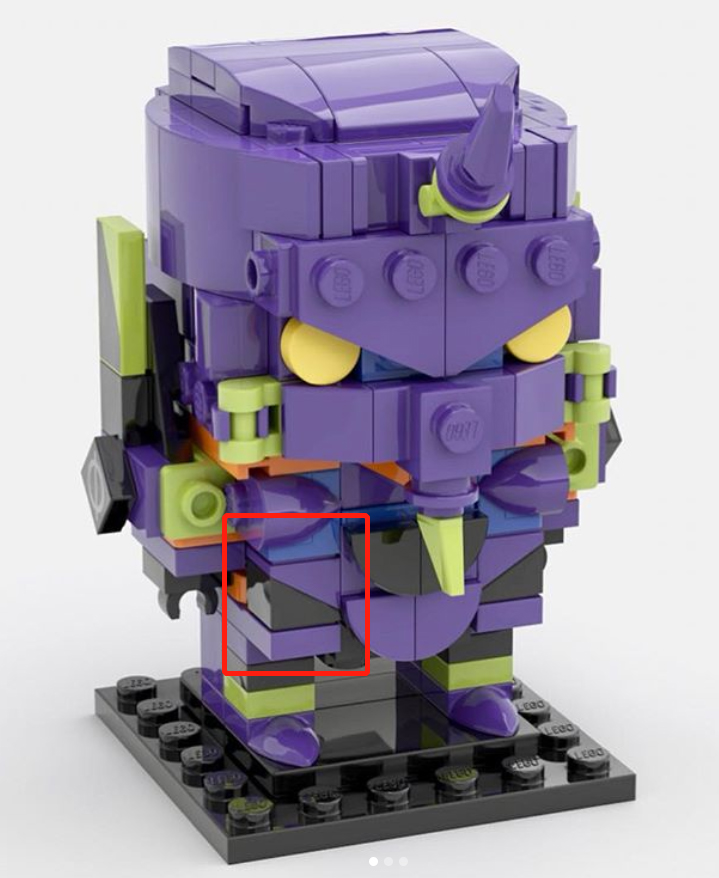 How does he have two 1 x 1 x 2/3 slopes like this? Are there any sets with this kind of structure that I can buy on the market so I can learn this building technique?

Just to add a little to the answer by TheBrickBlogger, the blue piece holding the purple 1x1 slope is likely this one:

Here is a really simple example of one of the many ways this can be accomplished: 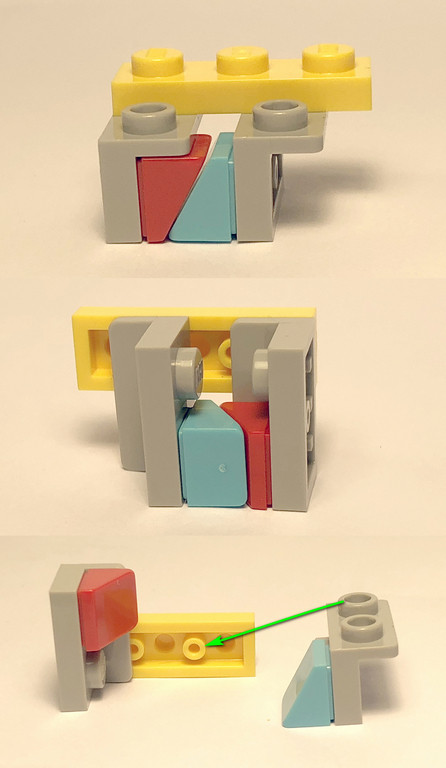 The hollow stud allows positioning to be "jumped". Hope this is helpful :)

Cheese-slope techniques have been extensively researched by LEGO fan Katie Walker, who is well known for her cheese-slope mosaics. Her research into the techniques has been used by many other LEGO fans and also published in books.

If you would like to understand the techniques better, I highly recommend the following article by Katie: Cheese-Slope Mosaics: A Tutorial It includes extensive explanation of the techniques as well as pictures with demonstrations.

4
Part assortments for creative building
1
MOC planning and design
3
Creating ski gondolas/tramway with Duplos
9
Strongest LEGO structuce - (1) Pillars
6
Strongest LEGO structure - (2) Floor
10
How are these transparent stairs made?
11
Problem with “warping” of LEGO water
5
Arduino-izing LEGO Technic - ideas for a car / vehicle to choose
8
How can I complete the build of this Lunar lander from the Space and Airport Set (9335)?