I am trying to find the number or some other identity of a Technic set I remember owning as a child (so it was probably bought in the 1985-1995 year range, more likely in the 80's half of it). Among lots of other (mainly yellow) bricks, it included a large yellow motor. By my recolleciton, the motor was 4 studs wide, 3 or 4 bricks high and I guess 8-12 studs long. If I recall right, it looked something like this from the side:

The motorised axle was coming out from the side(s). It was very similar to this motor, but in yellow.

It came with a black control box (most likely this one) which contained the batteries and had a forward/off/backward lever. The control box and motor would be connected through normal Technic power connectors.

There was no one primary thing to be built from the set (it was not e.g. "a car set"), the instruction booklet came with several different designs. I seem to remember that some of them were only shown as final images, not as step-by-step instructions, but I'm not too sure on that. One of the things shown as buildable from the set was some kind of factory or industry mill plant.

I tried searching BrickLink for such a yellow motor, but without success. I also looked through all the Technic sets there, also no luck. The same with browsing Technic sets from the relevant era on BrickSet. Can someone help put a number or some other info on that set for me?

I actually managed to find the exact set while refining the question. It's set 744, released in 1980. 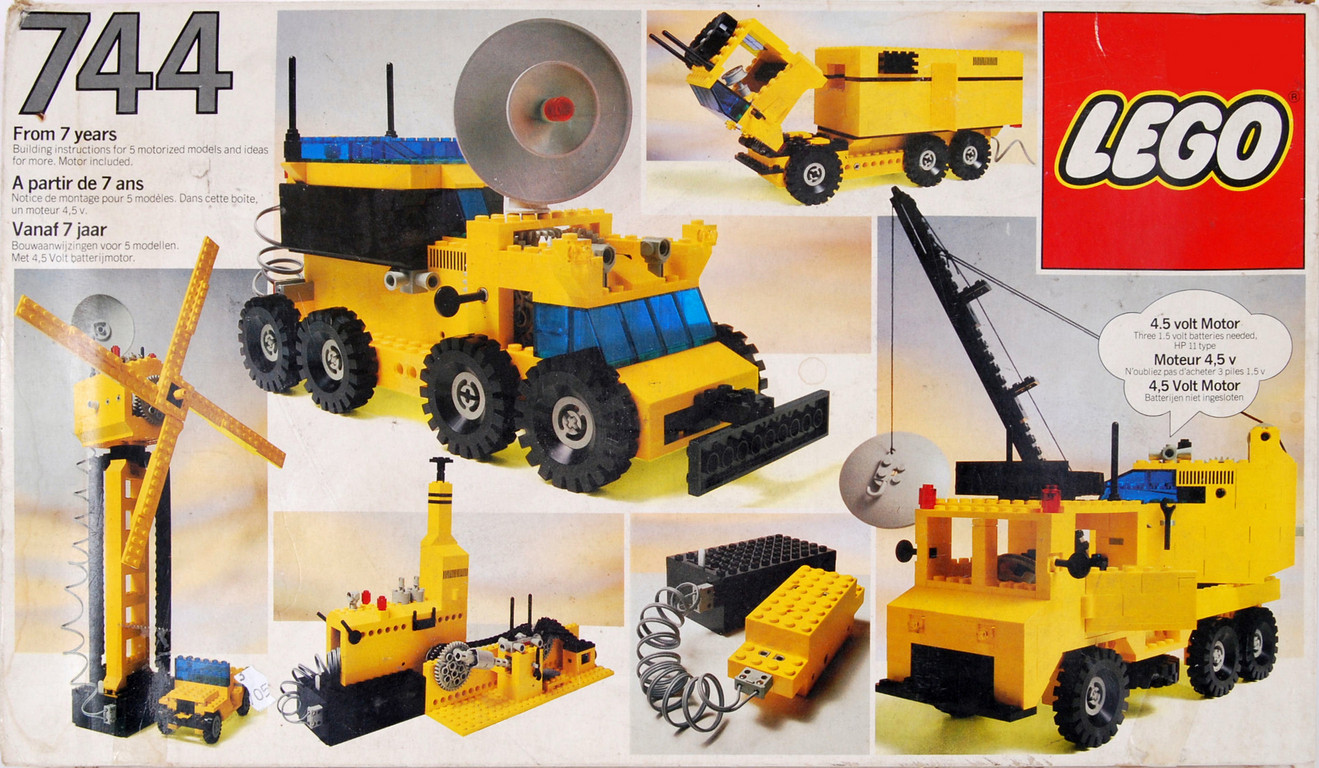 Here are the reasons why the research I did prior to writing the question didn't lead anywhere:

What eventually led me to the correct set was focusing not on the motor (which I had previously considered the most unique part), but on the control box. Listing all sets where that one appeared also showed 744.

Not the answer you're looking for? Browse other questions tagged set-identification technic or ask your own question.

32
Why did Technic bricks have holes in the studs?
13
Which sets currently contain pneumatic LEGO equipment?
8
What about these old houses?
8
How to power "Power Functions" devices from an electric wall plug?
6
Looking to Identify a LEGO creator set with a hook
3
Does anyone know which set included a 2 piece moon?
11
Can you identify this LEGO Space build from the early 90s?
4
A Technic set from ~1997 with a long grey batter box
2
Technic beam centering for beam with even length
3
Gearing problem