I'm working on refining my first MOC design for a LEGO dice tower with a landing area that can also be used as storage for dice and possibly some miscellaneous other table-top gaming "goodies". To accomplish this, I've added some hinged panels to cover both the landing area and the top of the tower itself.

I've been using a fantastic online LEGO CAD system called MecaBricks. You can view the current iteration of my dice tower on the MecaBricks site (yes, I know the colors are garish). I have the design almost where I want it except for one small detail. I'd like to include a sort of "latch" or "clasp" for the cover panels so they won't come open by themselves. I'd prefer the latching mechanism to be on the interior of the landing area without taking up too much of the interior space. At the same time, it isn't a "deal-breaker" if I have to use a solution that involves a latch on the outside as that might be better in the long run.

Regardless, I'm having difficulty determining exactly how to accomplish this and could really use some recommendations. I was thinking of using one of the pin connectors that has the "towball" at the end so that it wasn't quite so "stiff" of a connection. I thought I remembered seeing a rubber piece that looks similar to the LEGO Technic Flexible Rubber Axle Connector (45590) (on BrickLink) but with a female connection that would accept the ball instead of the axle "cross", but I can't seem to find it anywhere now.

I've also looked at the Pop-Up Book Clasp Tutorial and Other Mods. A variation of the "clasp" used there may be my eventual solution, but I wanted to see if anyone had any other suggestions before I traveled too far down that road.

Since my gears were already turning to the tune of a simple ball-snap connection, I threw together this idea for one possible solution. It obviously would need "sandwiched" into the door, and holds well enough you would likely only need one. It's only advantage would be no pointy edges protruding from the door's edge. 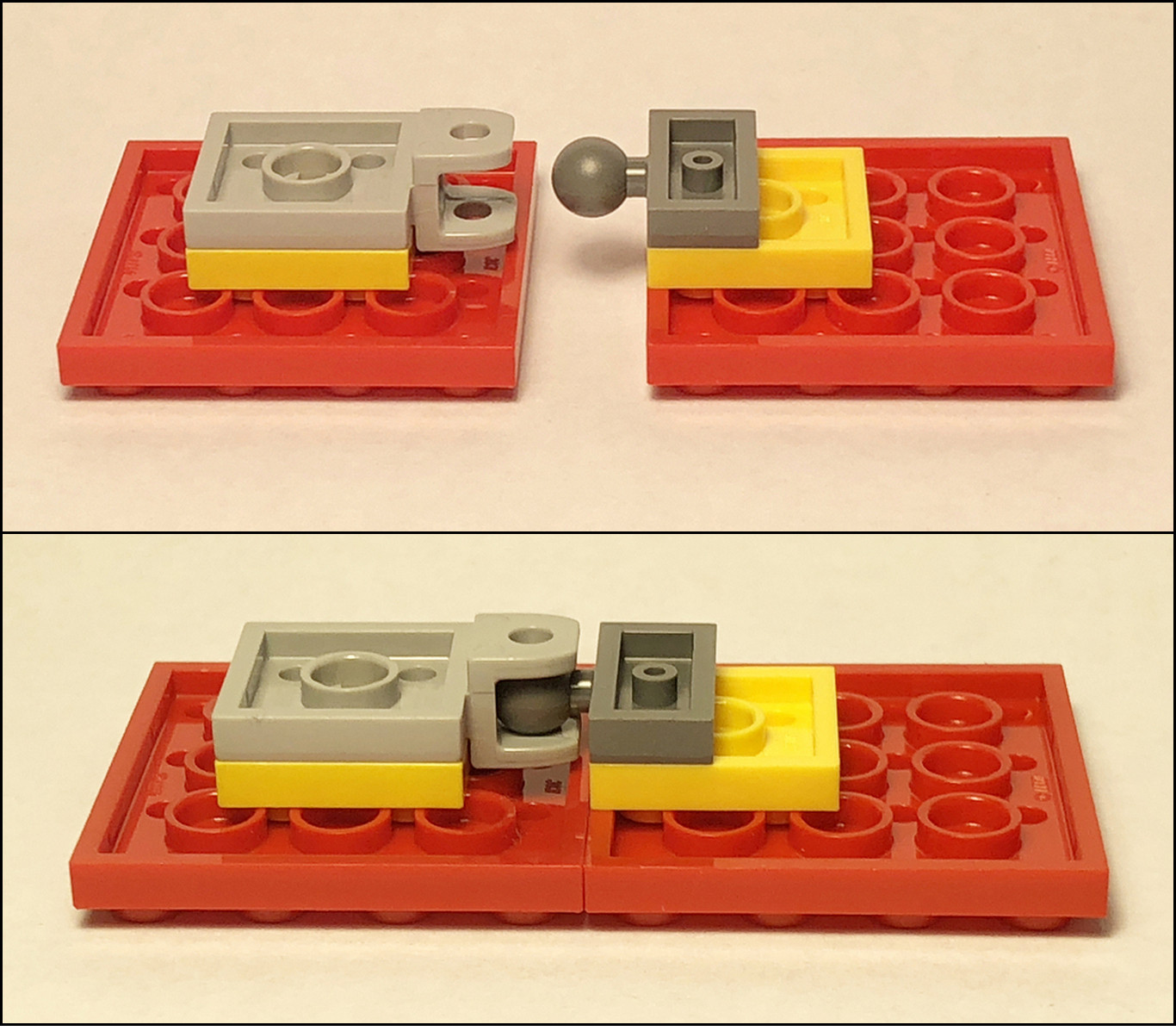 The key pieces used are part# 63082, and part# 14417. They would pretty much just replace the pieces you used in your answer. You may already be aware, but thought I would mention if not, that some of the pieces in your build aren't available in the chosen colors. Something to keep in mind if a physical build is in the future.

I believe I may have found a workable solution and the "best" solution based on the criteria:

I still wasn't able to find the rubber Technic connector part I wanted, so I kept looking at other connectors and how they fit together, taking special care to note how much space they would take up.

I looked more closely into the "Pop-Up Book Clasp" option (in the question), but that seemed like it would require a complete redesign of a majority of the tower (at least the landing area, anyway). The actual latches in use for that require a very specific spacing, and I couldn't achieve that with the existing layout. Not to mention, those changes would make certain "features" virtually impossible to implement as I intended.

Because the landing area is intended to double as a storage area, I wanted to keep it as clutter-free as possible, but I also want a "clean" look so it doesn't look thrown together. The piece(s) I finally came up with to implement the "latch" for the covers are the 1x2 plate with vertical holder (60470) combined with the 1x2 plate with stick Ø3.18 (48336). I managed to conceal most of it in the design, and it should operate as expected.

I'm still open to suggestions or alternatives, and it may be a little while before I get all the LEGO I need together to actually try this as a physical build but, for now, I believe this will get me where I want to be. If you want to look at the changes, here's the link to the 3D version of my v1.3 dice tower model on MecaBricks, and here's a static screenshot.

Now, I wasn't completely sure what a Dice Tower was until I looked it up, and watched only one video of this guy crafting his own. Overall, I think the concept is cool, and making your own build out of LEGO looks fun.

The design of the covers look fine to me. I even like the so called "garish colors" and the checker-board art styled layout, which makes the overall courtyard castle theme pop. So, I see the cool factor, and can understand if this was a one time build to be displayed on a shelf, but I don't think a one time use is the intent here.

So, the bigger question, I think we might be overlooking, is how the entire design is intended to be used.

Okay, it's a Dice Tower where we load dice thorough the top opening and retrieve the dice at the opened landing. So, there is a fair amount of repetitive activity around the top/landing areas, but unfortunately, those two areas are exactly where this design has both pairs of suspended covers hanging about.

I know the question mainly had to do with a way to secure the moving lips of the build, but the question may be slightly premature given it use in a real world environment.

I see the use of a CAD tool to help conceptualize the build, save money etc, and you seemed ready to purchase some bricks to get to building, but I wanted to at least point out the disconnection between a virtual build, and a real life physical build, and bring some awareness here with a few well placed questions we might want to ask ourselves beforehand.

CAD Oversight Weight Factor One: Gravity's pull on an object.

So, each cover is held in place by only two hinge bricks. 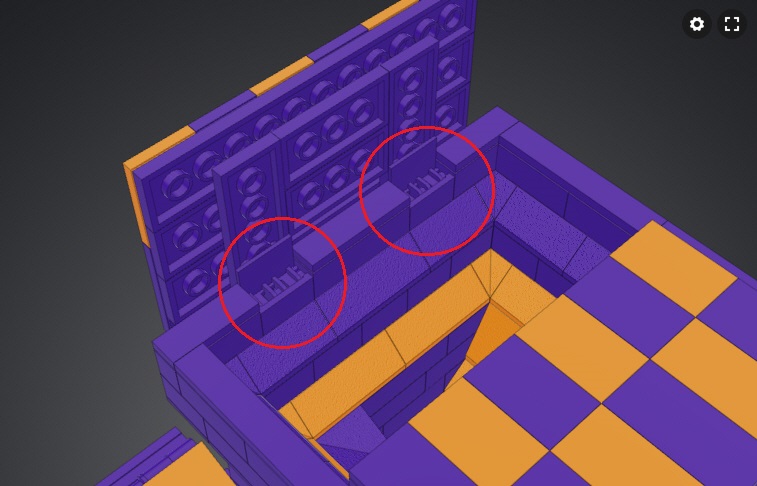 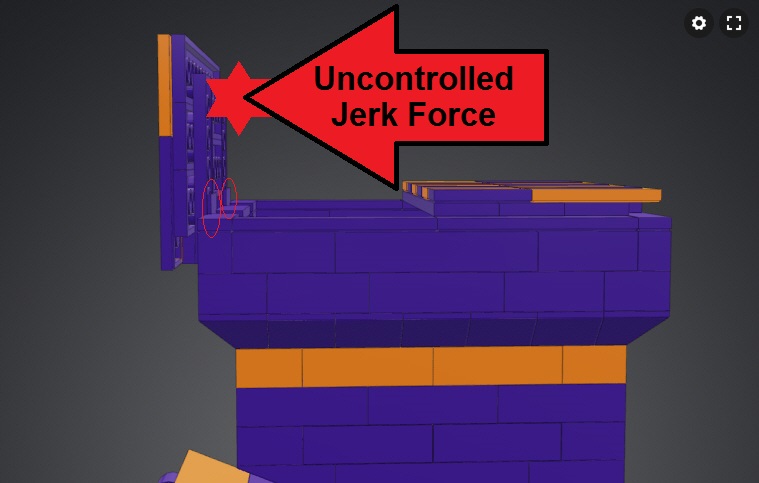 These are all questions to stimulate thinking, so a direct answer is not necessarily needed.

Even though a virtual world CAD doesn't point this out, but there may be some unintended trouble in a real life build.

The weight of the covers alone, or added external pressure from an object, like the weight of a hand, might make the lips slump at these points. 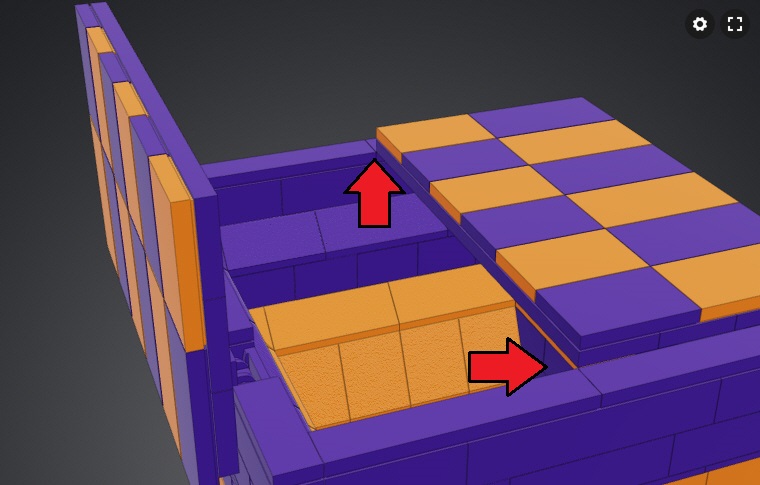 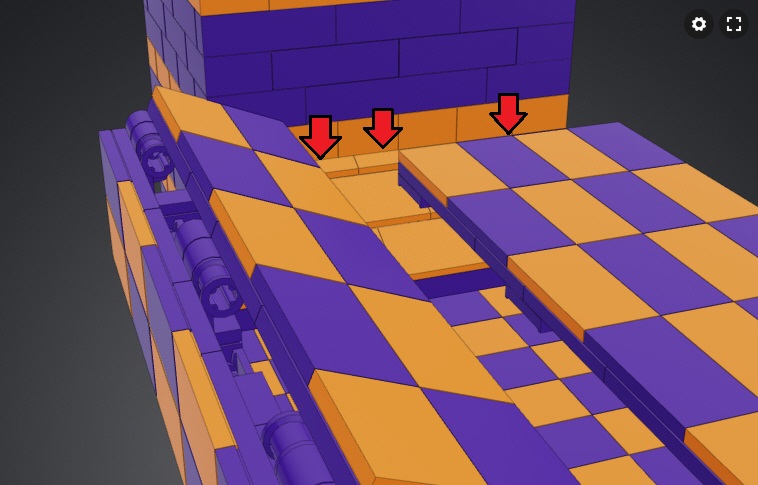 Not the answer you're looking for? Browse other questions tagged moc connections or ask your own question.

2
draw program for LEGO MOC models?
9
Help in identifying elements used on LEGO Batman movie's Daleks
4
Examples of LEGO Rubber Bands Used For Friction Enclosure?
1
Question about compliance of LEGO videos on Youtube and the new COPPA rules
18
Is connecting LEGO studs on Technic pins legal?
9
Combine Duplo feet with regular LEGO
13
In LEGO: How to build a revolving magazine rack for 2x3 tiles?
9
How can I build a Lego slope of this exact angle with ideally only legal techniques?
0
Who can make a custom made LEGO 777 airplane?