How can I make a LEGO heroica scale fountain of youth using bricks from Fortaan or Waldurk?

I have started collecting heroica and I thought "wouldn't a fountain of youth be superb!" but I only have Fortaan and Waldurk... any ideas?

Thought I'd finally step up to the plate - here's my first attempt.

On the basis that the Fountain of Youth is probably an end goal rather than something you'd come across on the way somewhere else I've gone for an 8x8 base, but as we're limited to these two sets I've had to go with grey - I could probably have gone with the 4x4 blue plates, but felt that might limit other options, and wanted the figures to be able to move around the fountain a bit.

I've added the goblet as a collectable treasure that could have a "healing" rule for use in campaigns: 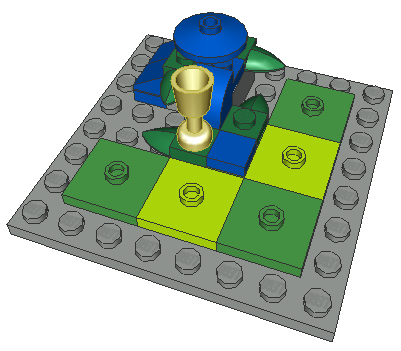 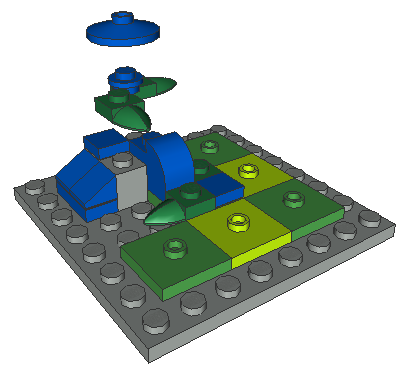