What LEGO set has the biggest box?

By regular set I mean produced for the mass markets, and not something like The ultimate battle for Chima (just an example, not saying that it is the biggest box).

As far as regular sets go (ie. no furniture or big-boxes like that Chima combo), the current UCS Millennium Falcon does appear to be the largest box by total volume. 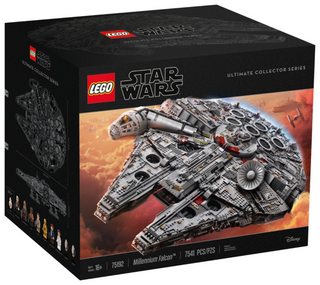 The original UCS Millennium Falcon box was actually larger in 2 directions however, though the total volume is smaller. 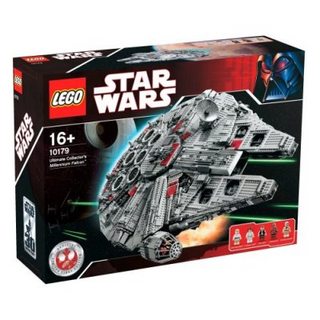 There appear to be a number of sets that are larger in at-least one direction, see this answer for the longest one identified so-far.

Maybe straining the definition a little (although not too much, as at-least some of them did come with LEGO pieces), LEGO has in the past sold furniture.

I think all of these items were shipped disassembled, and I can't find much information on exactly how large the box they came in was and can't be sure what I did find is accurate, but I would imagine one of these items takes the cake (depending on your definition of largest). 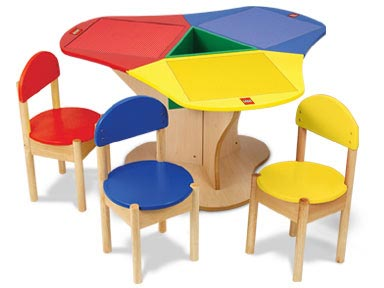 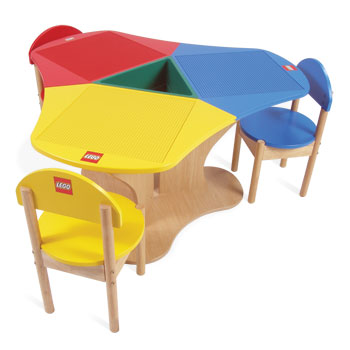 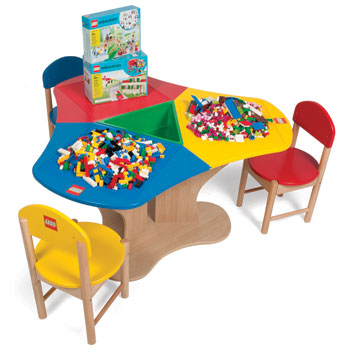 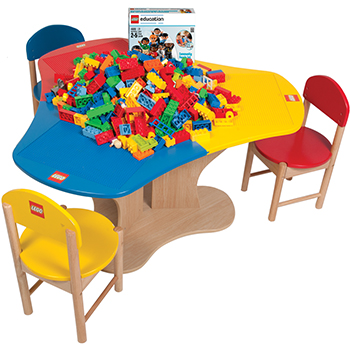 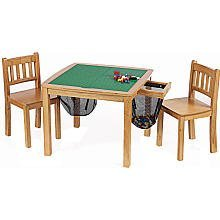 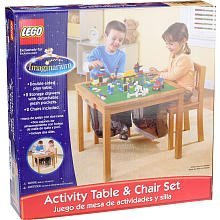 Another regular set that has a large box is 71043 Hogwarts Castle, according to bricklink that box is 58.5 x 48.5 x 18.5 cm, that is a larger front then the Millenium Falcon, but under half the thickness.

I also believe the Millenium Falcon wins on weight, if that is what you meant by size, and can come in a "trolly box": 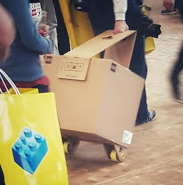 11
What LEGO set has the smallest box?

5
Has Lego Box 5508 been discontinued?
13
Are the plastic bags inside the LEGO box recyclable?
10
What does the 4 digit number embossed on my LEGO set represent?
4
How many sealed bags are there in the LEGO set 4504 Millennium Falcon?
8
Why do Star Wars sets include the Disney logo/brand name while Marvel Super Heroes sets do not?
11
What LEGO set has the smallest box?
3
Where is the motor in the 42082 Rough Terrain Crane box supposed to be?
9
What Lego set has the most unique colours?
7
What is the total number of sets that LEGO has released?