While cleaning out the attic of my deceased cousin I found a plastic bag with parts that supposedly is a single set from late 70 or early 80's.

Actually there where multiple bags, each containing a single set. Some had the instructions leaflet and others I could relatively easily identify. They all date from around 1980. So that is why I presume that the one bag left is also a single set from that period.

Sorry that I don't have pictures. I may add one later.

It looks as if this would make a rocket + a base or launch-tower. The tracks are maybe part of a moveable launch-pad? There are no wheels to go with the track though.

Does this ring a bell for someone?

Minus the reference to the large green baseplate, could it be pieces from Set #358 - Rocket Base?

Edit: A few original, used red baseplates can be easily had under $10 bucks through a few Canadian sellers HERE. 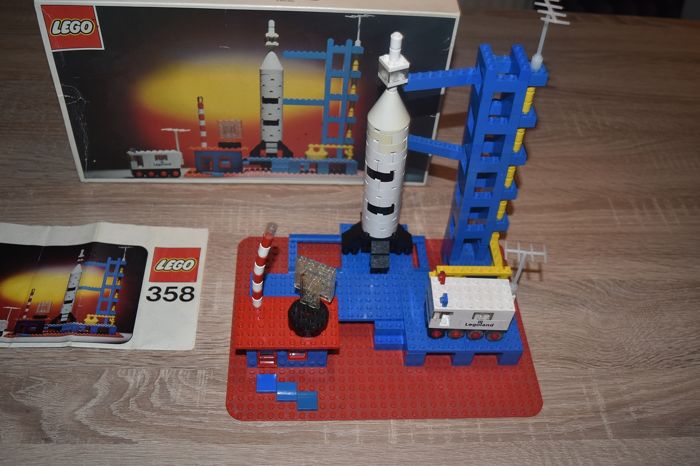 The closest I can find is 358 Rocket Base, but it contains more pieces than you describe and the baseplate is red not green.