I've recently purchased the 42063 BMW R 1200 GS Adventure. It was assembled and looked complete. I took it apart and calculated total number of parts. It was around 550. Then on link above I've read total is above 600. With about 10 extra still about 40 less. I rechecked individually starting with rare ones than actually went through all list.

Discovered maybe 3 small ones missing, but again maybe I was not attentive, also discovered that some parts could be taken apart which I missed initially. With extra it was about 570 finally.

Still about 30 less than expected total. My guess is that maybe total includes all stickers separately even when they are listed as 1? Why else can be such discrepancy? Can somebody proficient with bricklink API sum up the list to check against total?

Bricklink says 603 elements, bricklink count includes a stickersheet while brickset does not. To get the bricklink total, select "Part out" on the catalog page, it will suggest to add 603 pieces to a "wanted list".

Adding the number of elements in the back of the manual I get also 602 elements. Going through the instructions and adding all element counts I get 598, this certainly does not include any spare parts, so about 4 spare parts seems right.

Conclusion, your set is lacking elements or you miscounted. I think easiest would be to group by element and count and see if those counts match the brickset or bricklink list or the back of the manual inventory. Plus side will be you have everything sorted and you'll know exactly what pieces are missing.

To add to the comment above, the part count is directly printed on the box itself. It can't be more official than that: https://brickset.com/sets/42063-1/BMW-R-1200-GS-Adventure

US retail boxes have printed number of parts included in a set. For 42063 set this is 603 parts: 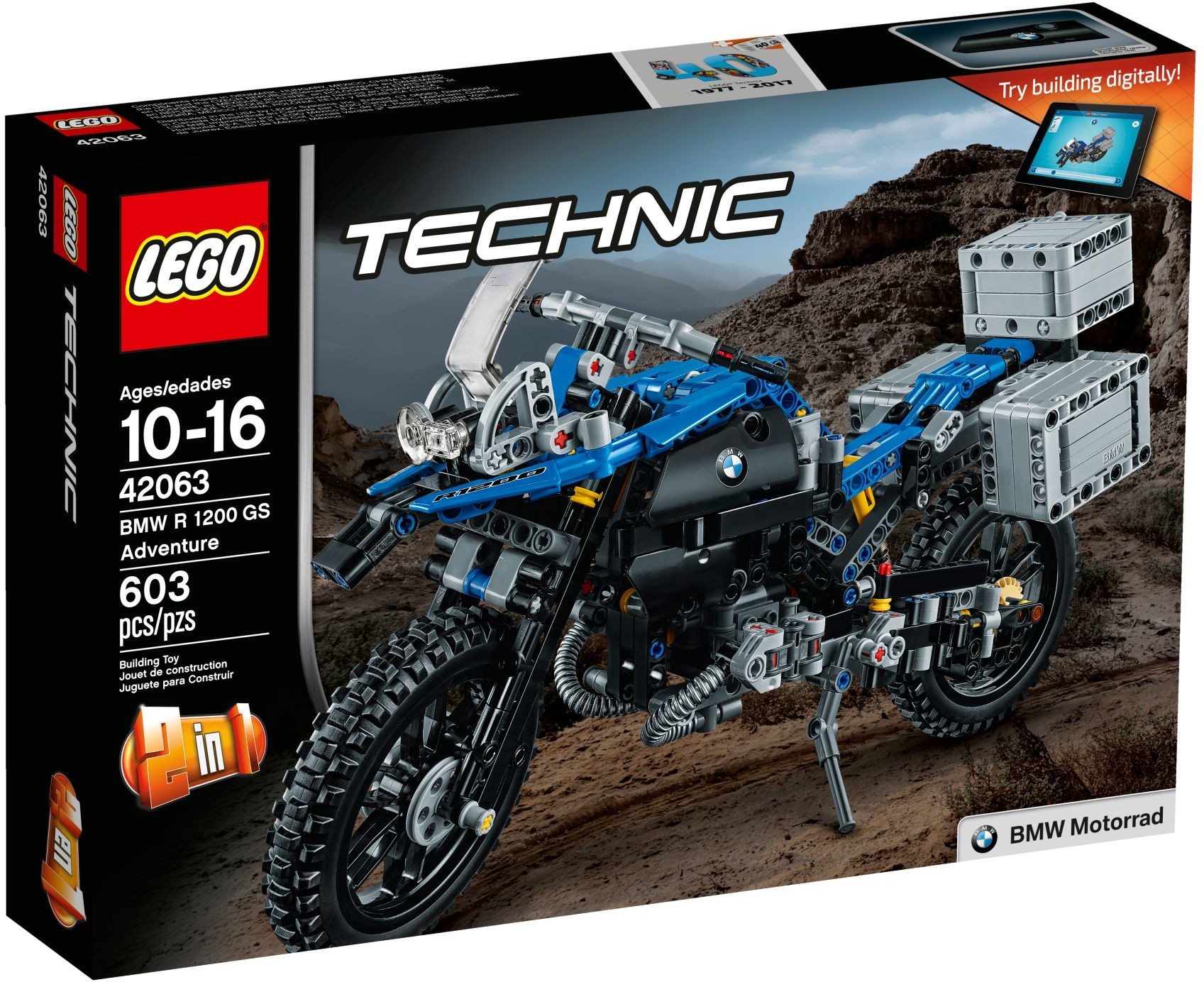 Bricklink is unofficial LEGO market place/catalog has 42063 set inventoried. This means this set has been taken apart, each part has been accounted and put accordingly into inventory of this set. It also contains 603 parts. There's sticker sheet in set's inventory, but this is something LEGO does too, probably since Part tab on Brickset states it has 602 parts (Brickset fetch data directly from LEGO, but sticker sheets are never included as a part). I'd like to note that set inventories are highly accurate on Bricklink as each web site member can submit change if there are errors (and this is done fairly often when inaccuracies are found). LEGO, sometimes, alter the model slightly and this is being noted with an alternative items inventory, like in the following model. With 42063 set there's no alternate inventory.

Counting all the parts used in each step of official building instructions got me 599 parts. I agree, there might be few parts I've missed, but this is number is closer to 603, than yours 550.

Part inventory at the very end of the same building instructions gave me 601 parts. Again, one or two must have been missed, but still closer to 603 than 550.

I found video review for this set (with speed build), and if you check it on exactly 9:36 you can see all the spare parts left, which are not accounted in total part count. It is just a few pieces, which means almost all of the parts are used to assemble the set.

Rebrickable also state 603 parts for the 42063 set. However I'm not sure what is the source of the part list.

I don't know any other more reputable sources than provided here. You must have made a mistake while calculating the parts.

Alternatively, I could suggest to disassemble the model entirely, with all pieces removed and then assembled back together following the building instructions mentioned above. This way you'll be sure you have complete model with no missing parts.

9
How to check completeness of a bought set?