I own the LEGO set 6205 and I noticed from another picture on Brickowl and Bricklink the wing design is different. Is there an alternate version or did someone who had the set mix up the pieces and build it the wrong way?

Inventory for 6205 set on Bricklink has quite a few alternate pieces (look at the bottom of the page on BL), which suggest me there are two versions of this set. You can find alternate parts as they are linked to parts found in initial inventory.

Note. During production of a set LEGO may change a piece or two to similar part of a different color or mould. This has been done quite a few times. Rarely LEGO may re-work the set a little, resulting in change of more than a few pieces within inventory, which happened here.

Other (better) known examples of sets having several versions:

To figure out which party made a mistake, compare everyone's work with the official art displayed on the box. 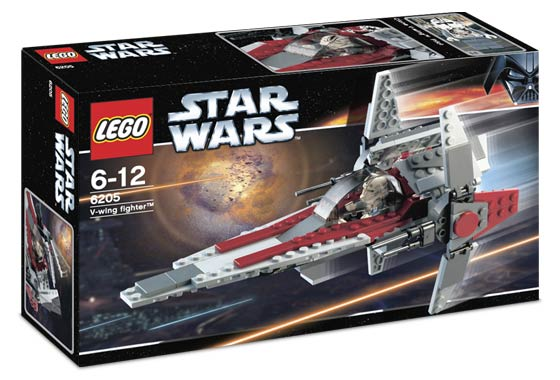 First, let's investigate and try to understand what the OP is talking about with some build dependency in the wing area of Set #6205.

So, upon going to both Bricklink and Brick Owl, we see the same curious image both sites are using, that seems to conflict with the original box art.

LEGO alternate builds tend to add something of value that is visually or functionally appealing.

Furthermore, there is no proof of the existence of "Dash-Two" instructions.

Finally, just Look at it. On the surface it looks like a build mistake that anyone of us could make, but seriously, after looking deeper, does anyone really think LEGO would approve this?

So, taken it in all together, these detail errors just wouldn't fly at LEGO.

Conclusion: The 6205 alternate build image is simply bogus, and should be ignored as an innocent mistake at Bricklink and Brick Owl.

But... That was some very impressive attention to detail, young Justan Ryan.

Not the answer you're looking for? Browse other questions tagged sets star-wars or ask your own question.

22
Which sets can be built in the bag (all the parts are in one bag)?
18
Why are there “unique” characters in many sets?
5
Where I can find the pieces needed in a set?
1
How many parts were in Advent calendars of yore?
9
Late 1970s hospital and helicopter building brick set
6
Is there any rhyme or reason to the sizing of LEGO boxes?
5
Who produces these sets of Venetian gondolas, and is there more of it?
3
Is there a software which finds alternate models for owned sets?
5
Does the LEGO Star Wars Holiday X-Wing (4002019) contain any unique pieces?
8
How to check completeness of a bought set?