My Mindstorms Spik3r can't turn around

When I use the button for turning it just goes backwards. Why does this happen? I've checked the instructions and didn't find anything. 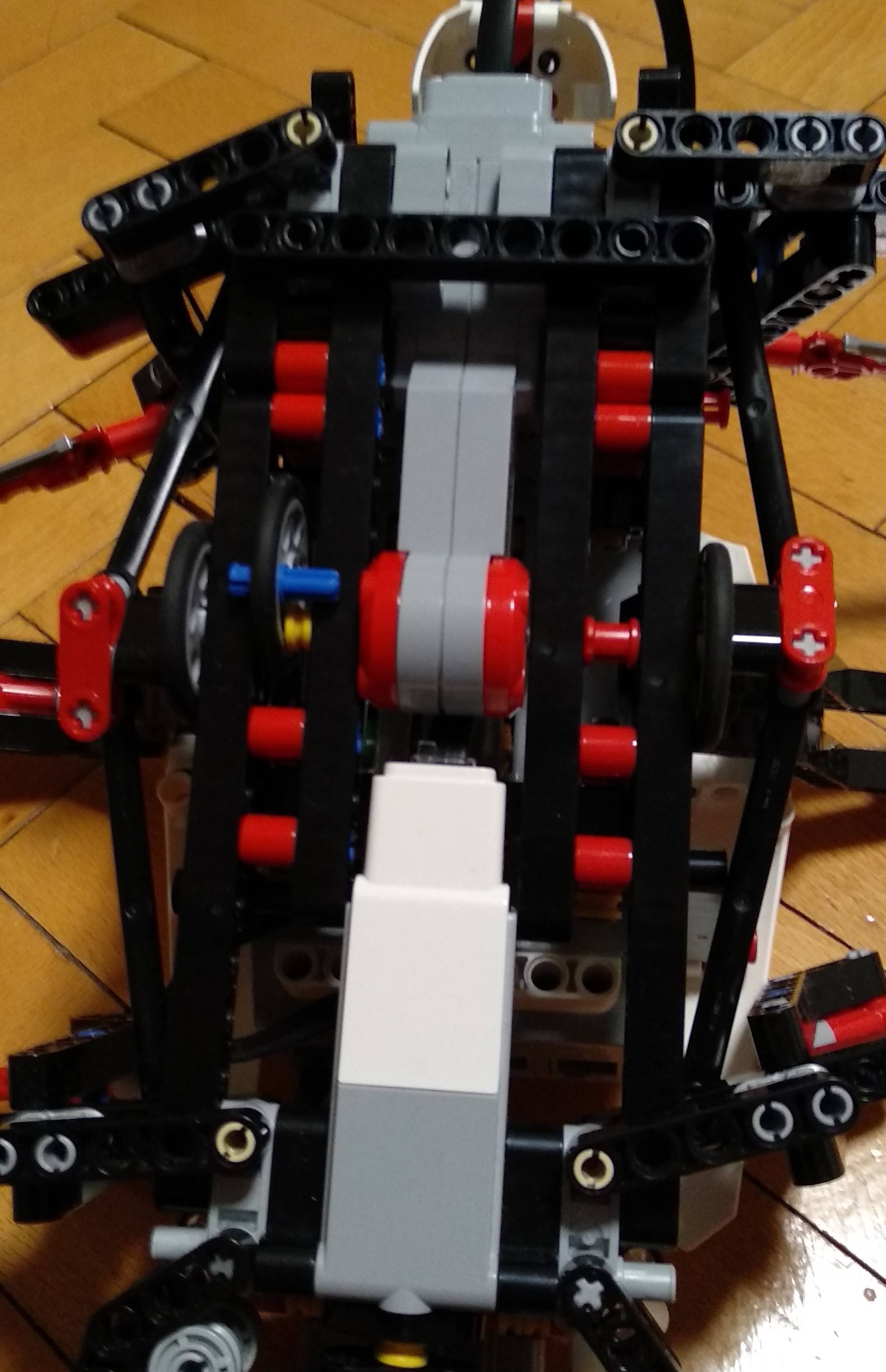 According to this article, the turning is supposed to function via a

wheel on the bottom that while the car moves forward stays straight but that once the car moves backward moves a little to the side and forces the car to turn. 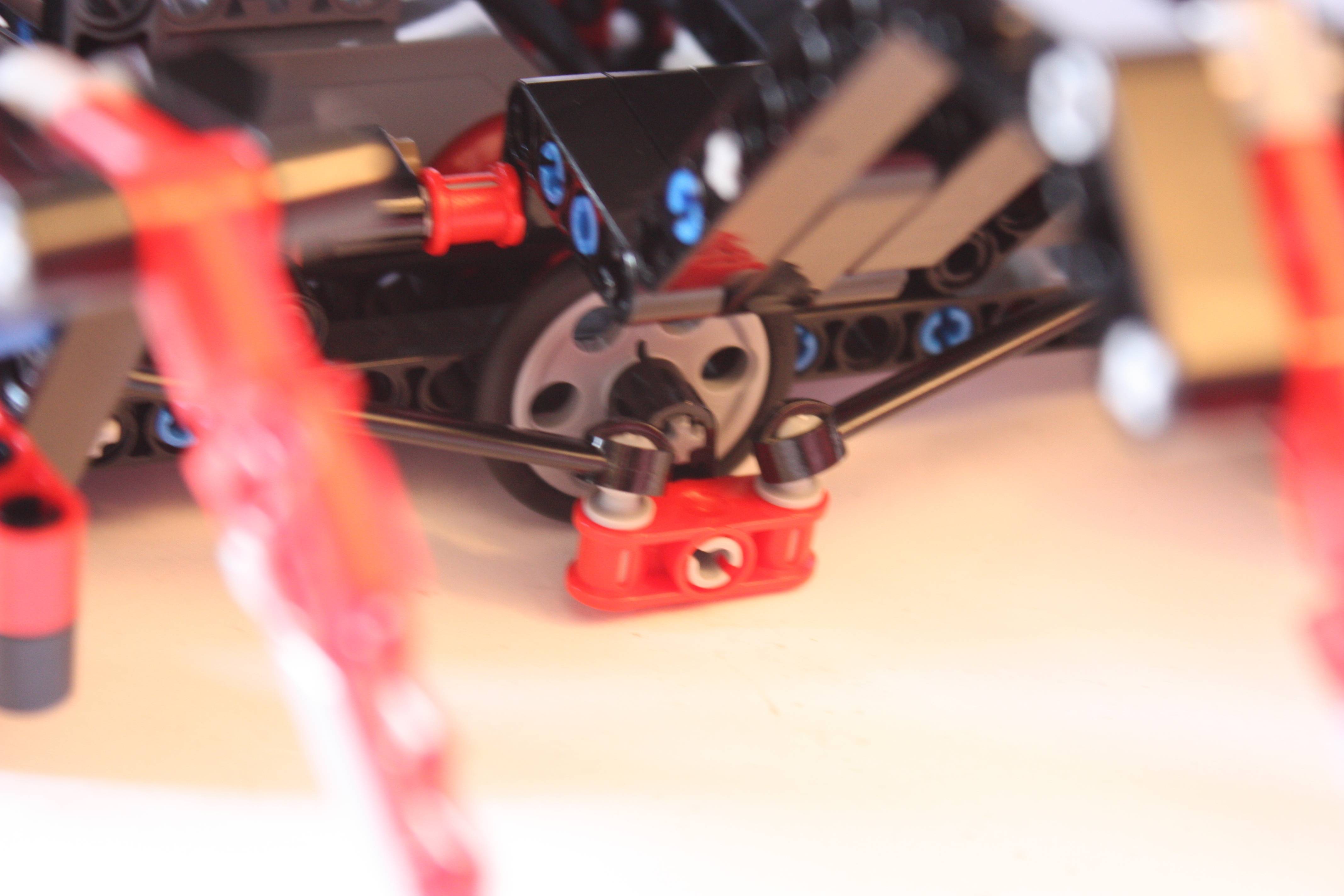 A bit later the article offers a few tips on troubleshooting, among which there is your issue as well:

This looks like a construction problem. Check the above photo to see how the flying wheel is supposed to look like.

Edit after an update to the question

The wheel marked with the red free-hand circle is meant to slide freely in forward motion (the head of Spik3r is seen at the bottom of the picture), as it is pivoting around the axle with the yellow half-bushes, and get stuck in reverse (as the blue pin catches on the black undercarriage), thereby braking that side of the Spik3r and causing the model to turn towards that side. 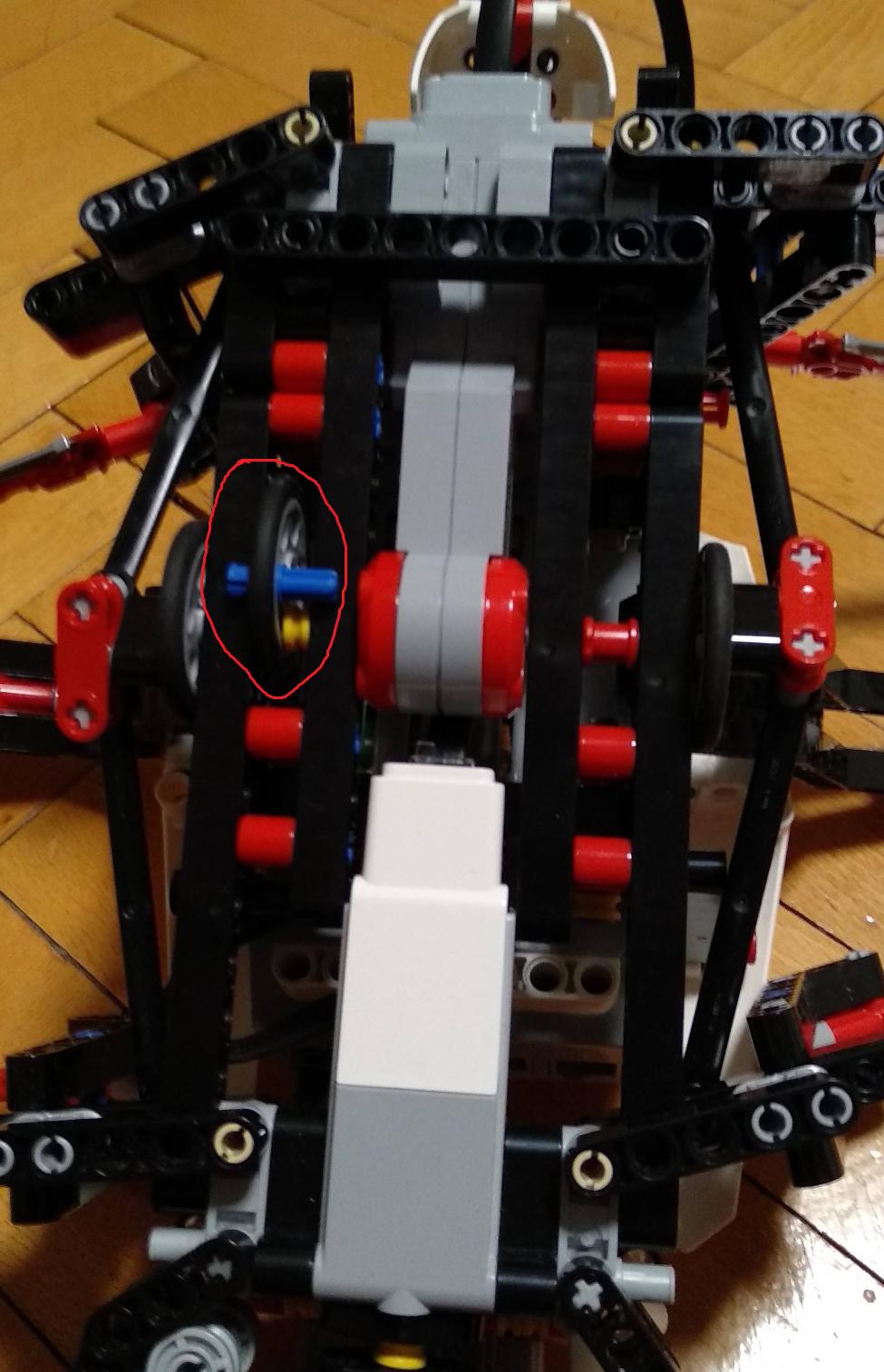 If this wheel gets stuck during reverse, then it is working as intended and should provide enough friction to turn the whole model.

If it does not get stuck, then it is due to a mistake in the build.

If it gets stuck but does not force the model to turn, then you might need to change the friction between the wheel and the ground it's running on (e.g. use it on a carpet or any other surface rougher than the polished hardwood shown in the background).

Not the answer you're looking for? Browse other questions tagged ev3 mindstorms building or ask your own question.

3
Bluetooth pairing successful in OSX but Mindstorms NXT software still can't connect
3
Can't get EV3 to work with touch sensors
5
How important is a center differential on a 4WD model?
0
EV3 education brick doesn't work as is should
0
EV3, menu with the buttons?
4
Using the unregulated motor block and conversion cable to light LEDs
3
What exactly does each Mindstorms part do?
5
Grand piano page 269 of instructions - are the gears suppose to stop after a quarter turn or keep going when reversing directions