Glasses in the pour technique

I'd like to replicate this build The glasses that hold the claw/liquid appear to have a slightly wider mouth then the ones I have. Do I need a particular 1x1 round to do this?

You might be thinking they have the normal holed stud on top, which would indeed be a bit smaller. But instead what is done here is that they put the parts upside down, I think. So it's the bottom opening of the standard round 1x1 brick that you see on the top there.

They likely achieved that by using a 2x2 round tile with a stud hole as base, rather than one with a normal stud. The "liquid" is then stuck with its bottom pin into the inside of the stud hole of the "glass".

At least those are my immediate impressions from looking at the picture. 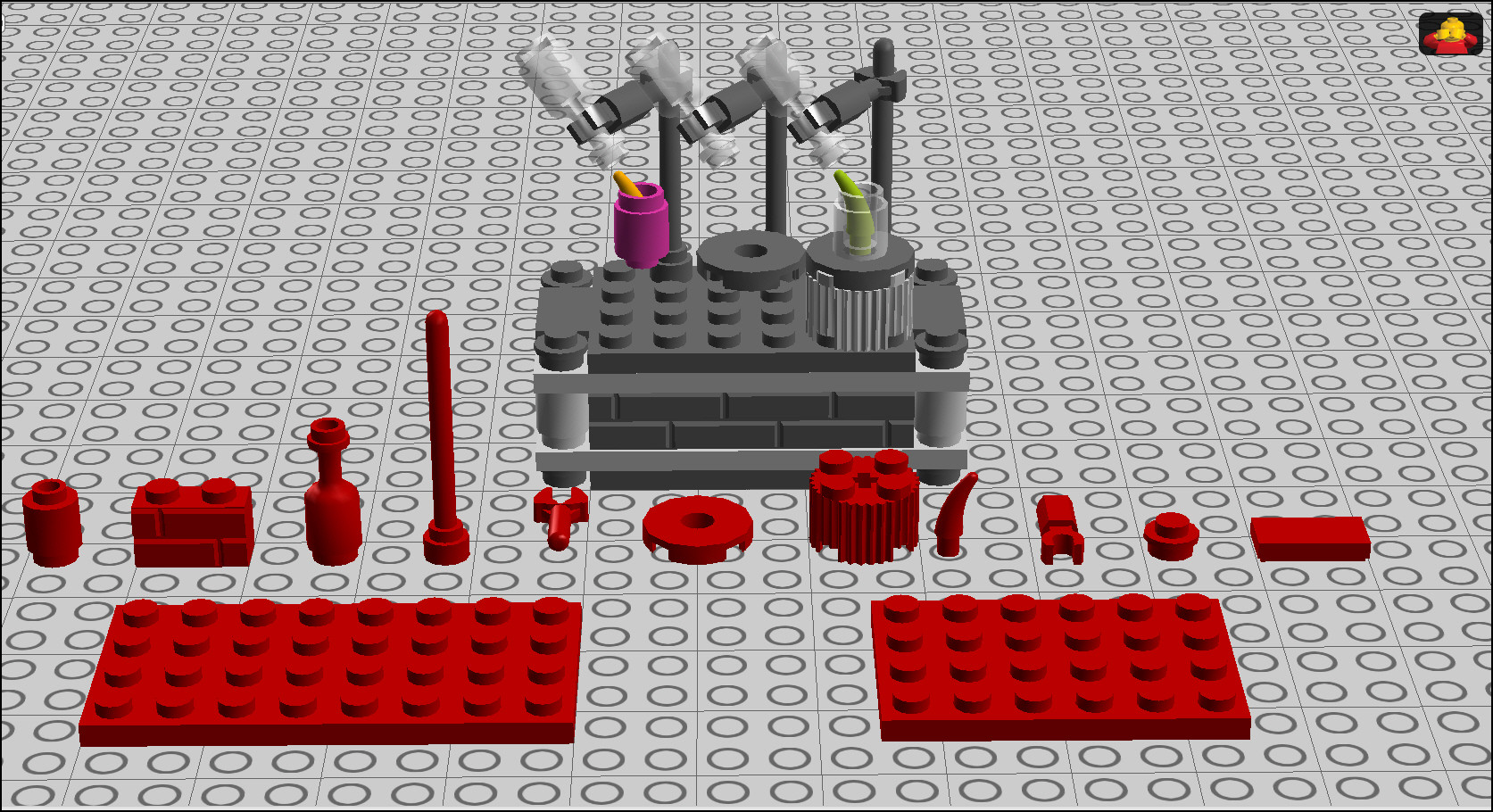 5
Is this piece some kind of rare/modified 200?
11
Are those bowls genuine LEGO pieces?
2
Can someone please help me ID these parts?
9
Help in identifying elements used on LEGO Batman movie's Daleks
5
Lego Part identification needed (x4)
3
Identification of vintage sloping window piece
2
Are there LEGO plates without the word “LEGO” on the studs?
6
Help identifying Lego bricks from a picture for a Geocache
11
Help identify playing cards