Part differences between main and alternate models of 8285 set

Someone is selling the alternate model of the 8285 set 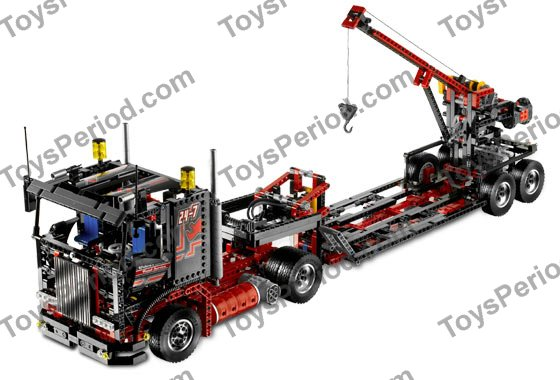 But I'm really more interested in the main model of that set. 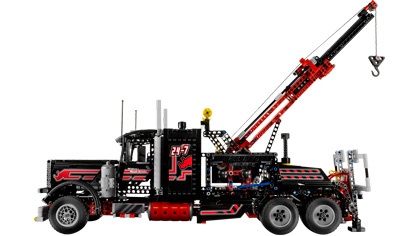 Rebrickable has an option to compare set's main models and some of the B-models as well. However there is no inventory for second model for 8285 set available on Rebrickable. The best I could find is a LDraw file available on Eurobricks.

I've imported this file as a custom list on Rebrickable that could be used to compare with sets and MOCs. Imported file gave me some errors (so final result won't be 100% accurate) and I had to tweak this list a bit as there were wrong color or part type used on a file sourced from Eurobricks.

In the end it gave me a number of 83.% shared parts between both versions. Main model needs the rest 17%, which is roughly 320 parts (92 unique) that are not in B-model (excluding spare parts).

I would like to note this set comes in multiple inventories as it known to be initially released with some parts in Metallic Silver, which later were changed to Light Bluish Gray.

List of parts you would need for main model (not 100% accurate, but very close; may have some minor discrepancies due to issues with source file of alternate model):

I went through the 8285-2/alternate model instruction leaflets and made a list of how many of each part was used for the build.

I only had a (quite bad) PDF from Lego's website, so it might not be 100% correct, but I thought that others might get use of it, so I created it as a custom list on Rebrickable (I'm not yet high enough level to submit it as an official inventory).

(I don't take any responsibility for the list's accuracy -- might be a couple of parts off...)

Not the answer you're looking for? Browse other questions tagged technic part-database inventory alternate-model or ask your own question.