How to convert new 4x4 crawler to tracks?

With the new 9398 4x4 crawler coming out what would need to be done to convert it to a track based system that looks similar in style to the ones sold by Mattracks?

On a related point what would make a good basis for making a Lego Technic model of the tracked buggies used in Prometheus that use similar 'track wheels'?

I started with something based around the tracks that came with the original LEGO Mindstorm's kit: 680 Technic Tread:

I then build a rather more bulky than I'd have liked set of beams around it - I think if I'd have really dug out my Technic elements I'd have had more success making it look closer to the mattracks options: 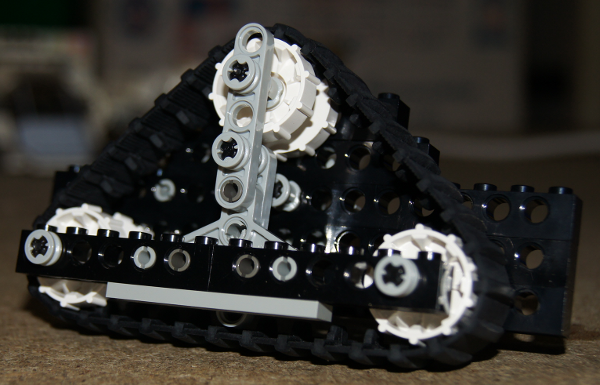 Here's the very bulky rear - this would obviously want to be pared down somewhat, and you might want to either power the top wheel, or both the bottom ones: 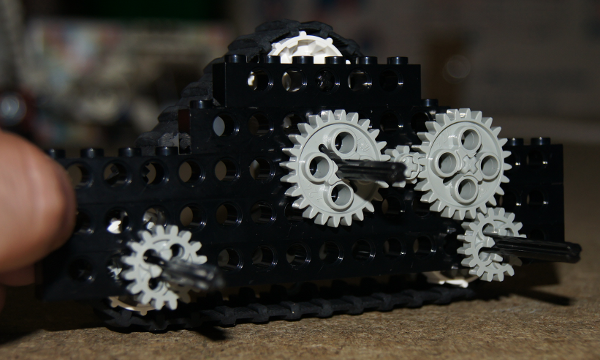 Here's the rear with the beams removed: 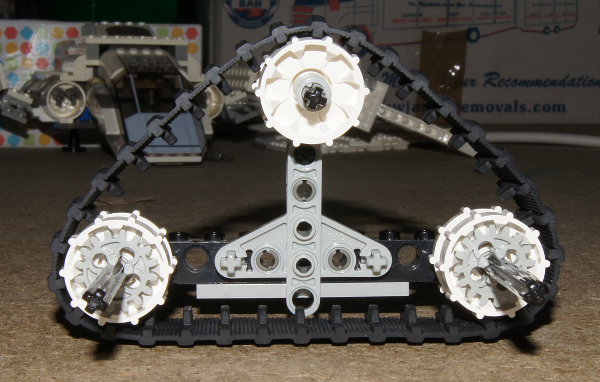 You would need to have the driving axle on a universal joint to allow cornering, and would want to mount the whole thing on the mounts for steering.

I think it would be better if I'd had more of the newer Technic beams (the ones without the studs - I could have then connected them with two coat-hanger pieces and have another one vertically to the top.

4
How does the remote control on the 9398 4X4 Crawler work?
13
How to start with technic?
18
How to speed up the 4x4 Crawler truck 9398?
4
Overview of Engineering Principles incorporated in Technic LEGO sets
3
Best set to build a tracked vehicle?
8
42042 Crawler Crane: conversion to remote control
3
My 9398 crawler going in reverse way
10
9398 4x4 Crawler front wheels rotate in the opposite direction to the rear wheel
0
8386 Ferrari F1 Racer convert to an RC