If I only have minimum height available (one plate), how can I make a horizontal connection between two components? I need the connection to be easily disconnectable yet sturdy (like technic bricks with grey connectors).

Clarification - the components are built regularly (studs up), and sit next to each other and should be moved horizontally to separate or reconnect them.

There's no such thing as 2921 but only one plate high? I'd use that together with 4085, that would be perfect.

Have you tried horizontal clips? They will be a little taller than 1 plate in the center, but you might be able to adapt them to your needs given that the connection point is just one plate. Perhaps these parts: 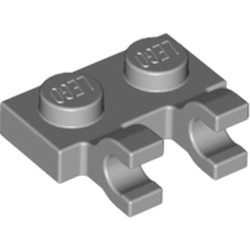 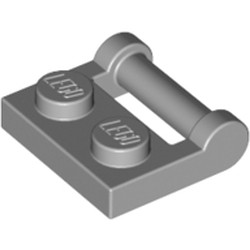 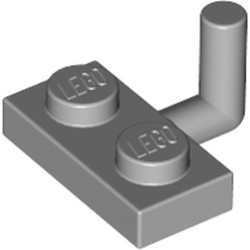 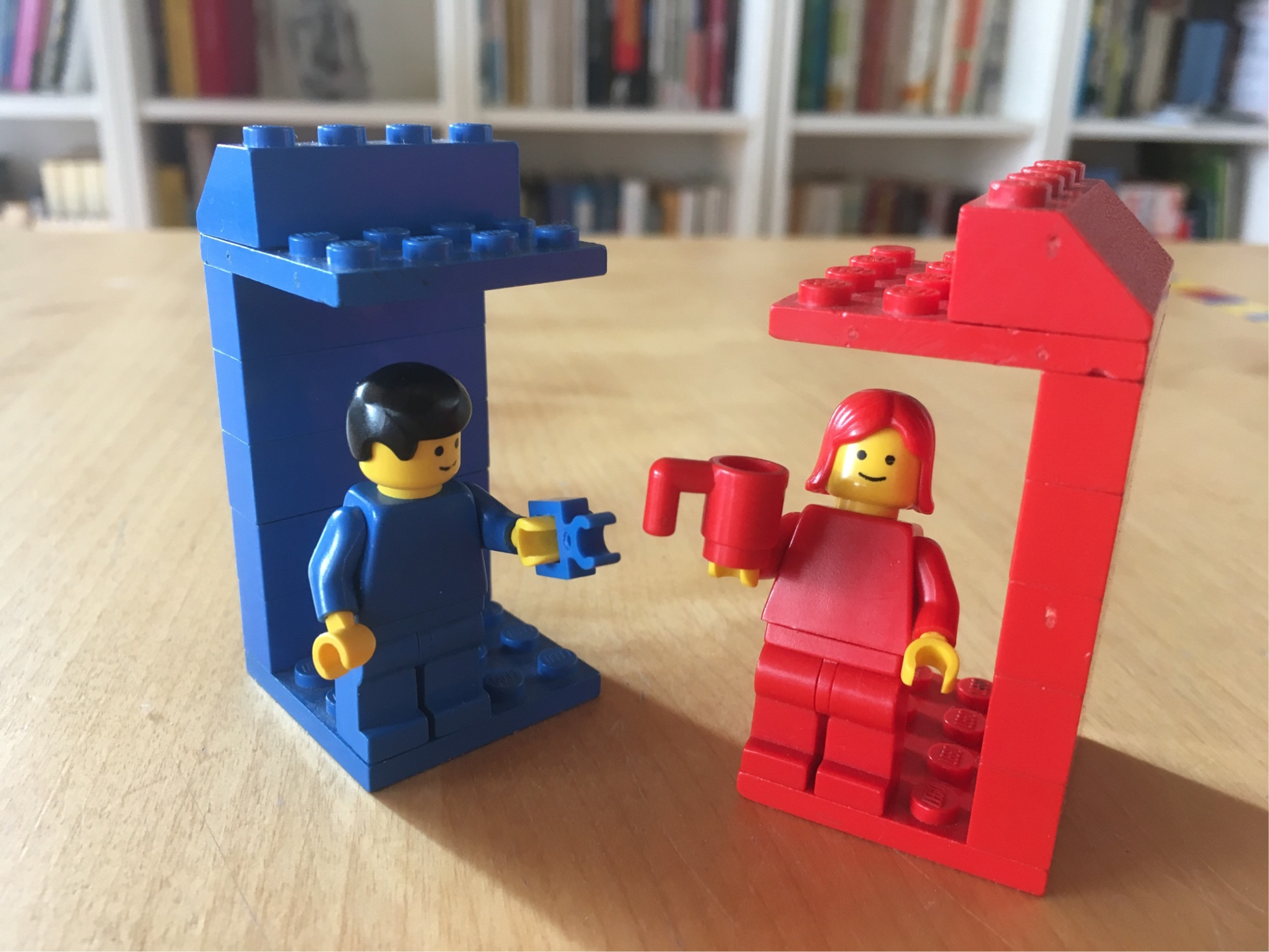 Mr. Blue and Ms. Red live next doors. Their houses are simple. The walls are one stud wide, the ceiling's one plate thick, some slopes on the roof. 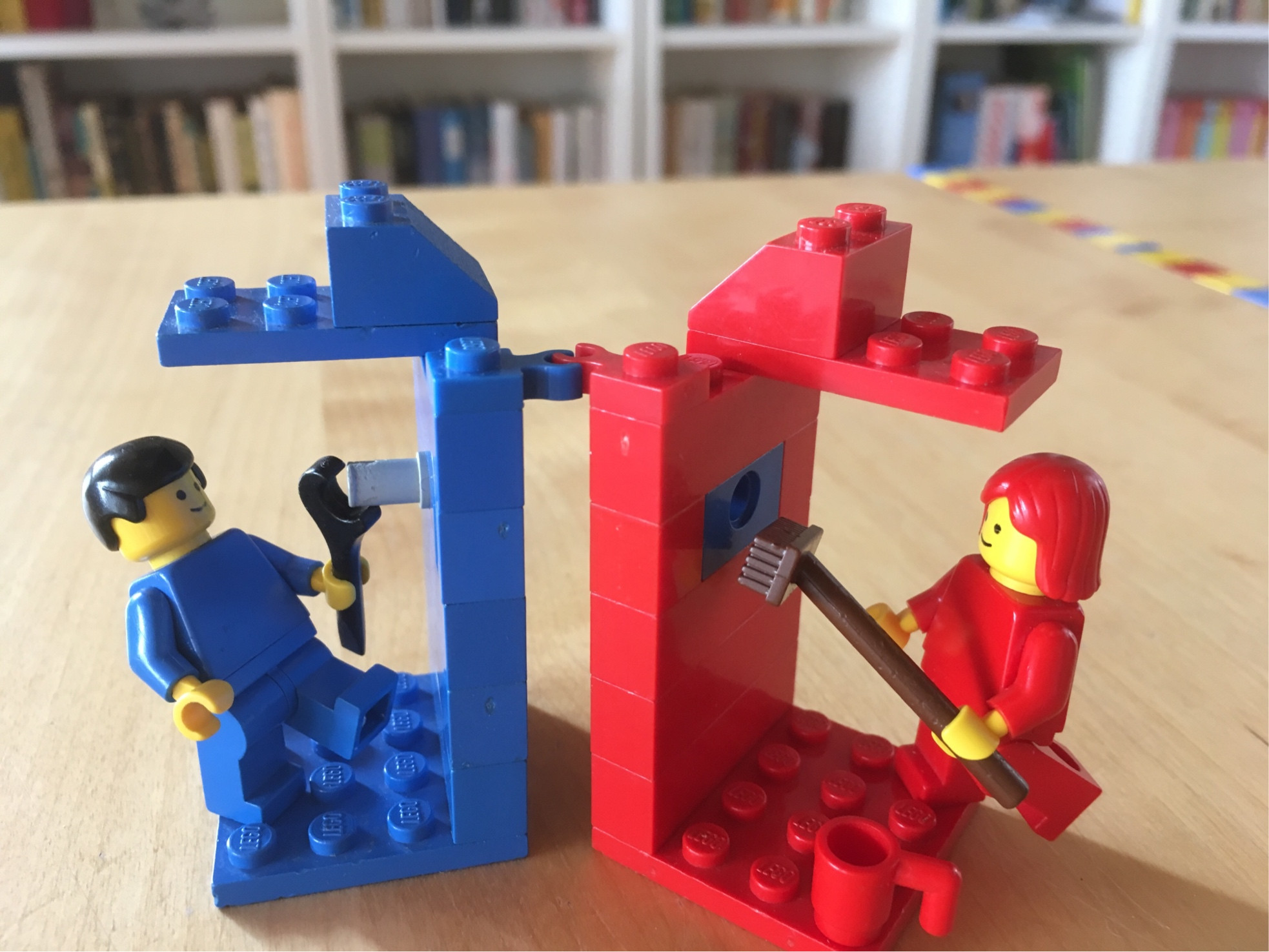 Now they want to move their houses wall to wall. Mr. Blue bores a hole into the wall and happily bolts in a big peg. But Ms. Red thinks that's just a big eyesore!

So they try to hide some clips in the ceiling, but as it turns out... 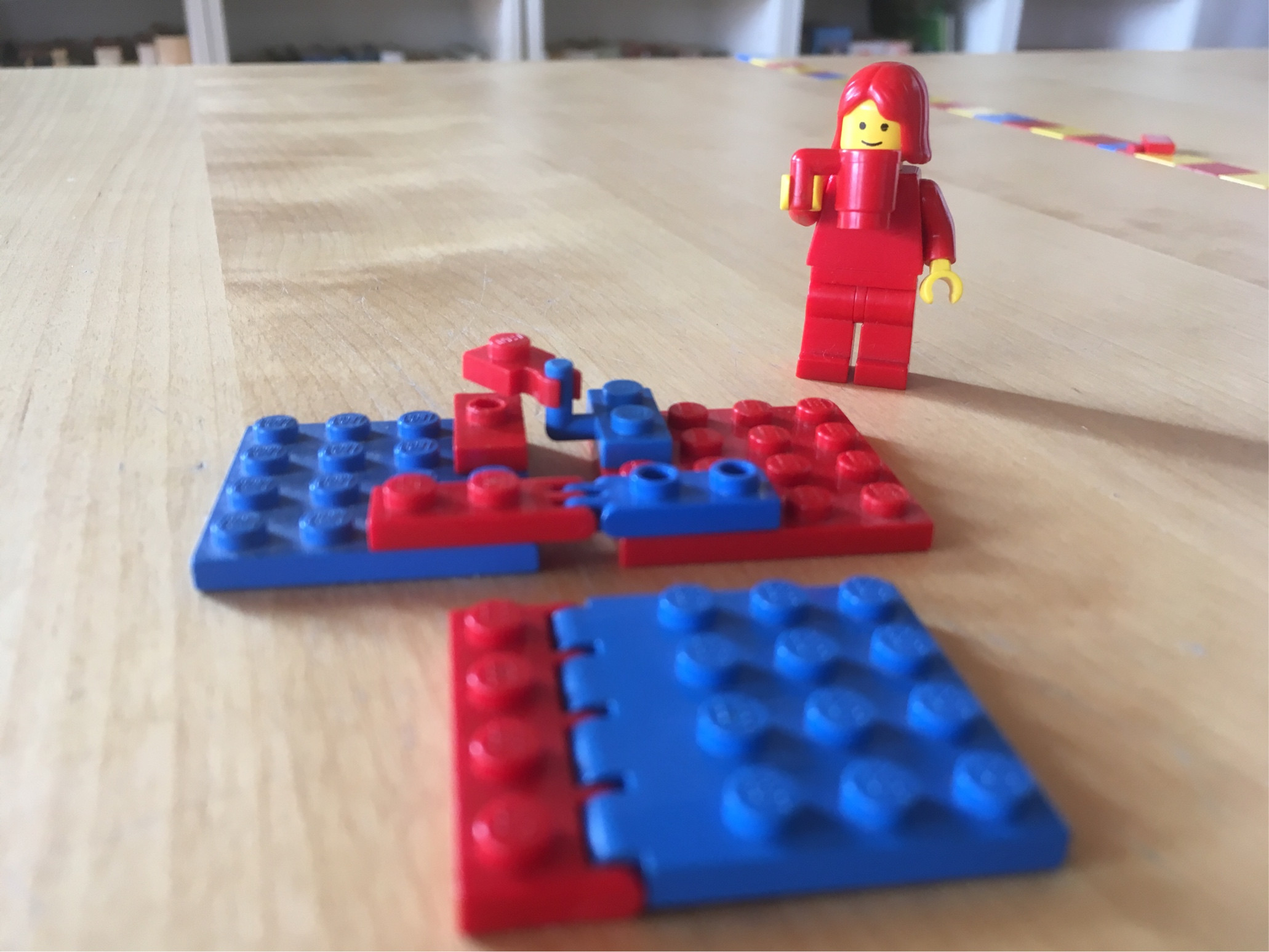 ...they leave a gap one stud wide.

And they don't fit onto a stud. They need at least one more layer of plates in the ceiling. 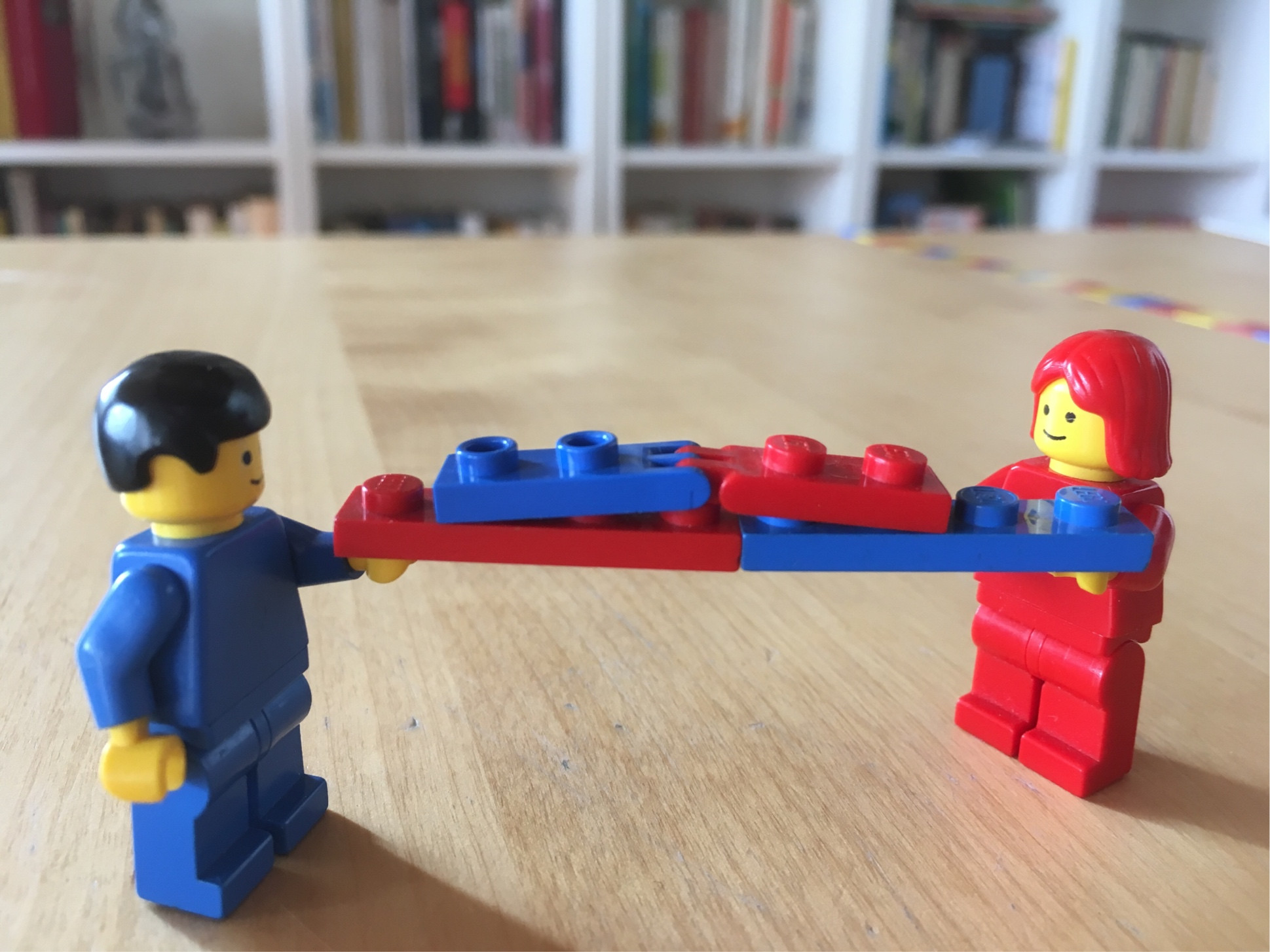 Okay. That's how I understand the situation. You cannot use Technic bricks (one can see them on the inside), your ceiling's height is just one plate.

So, why not go on top of the ceiling? Up onto the roof, between the slopes and hide some clips or hinges in a chimney or under an antenna? 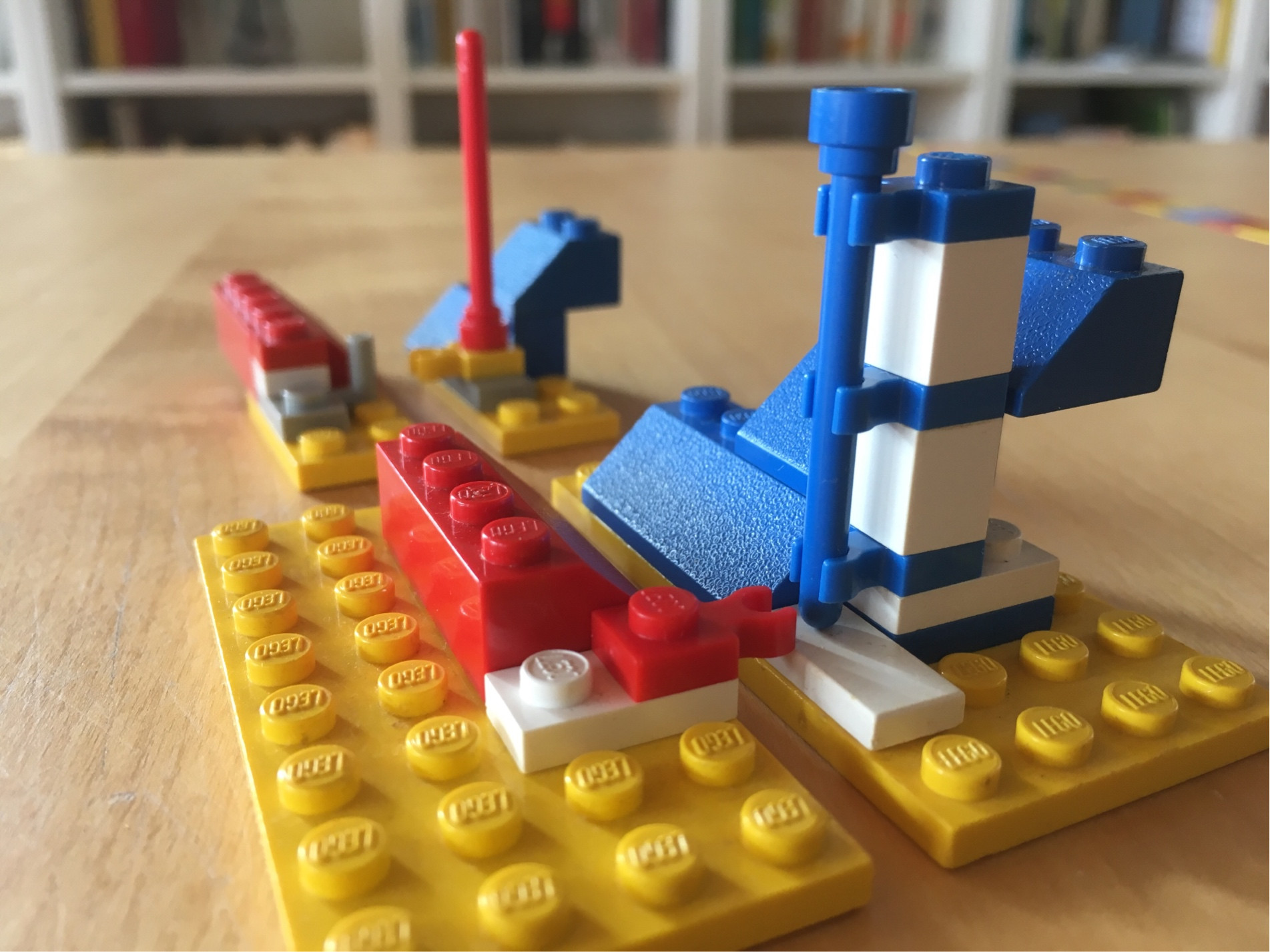 Fun fact: here the amount of clutch depends on the length of the blue antenna's tip; slide it up to adjust. 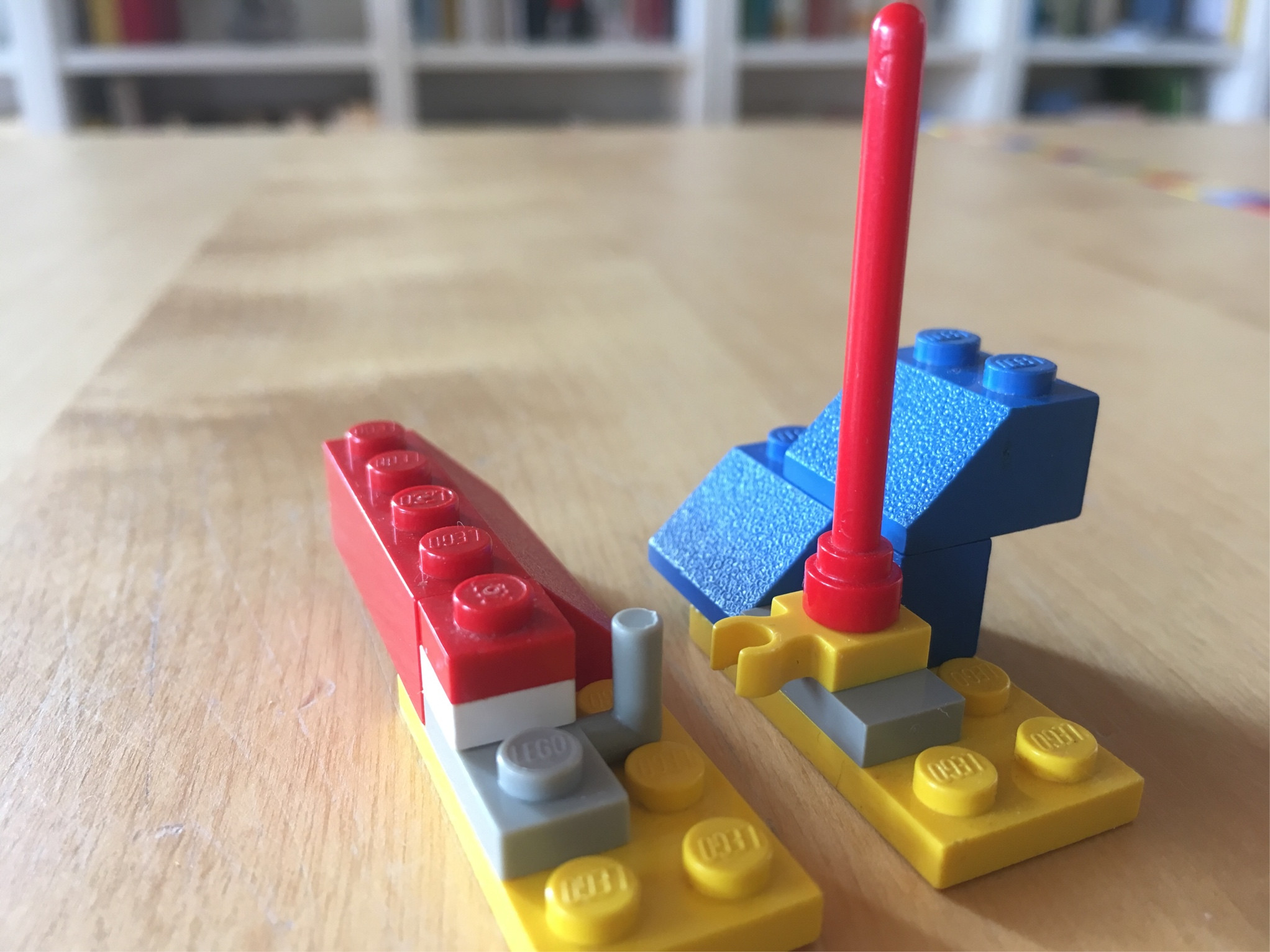 Modern hinges, like below, may give you desired result. 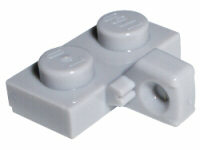 You've already been given a number of solutions, where the part that actually goes within the components is only one plate high, while the actual connection is a bit more. I can't do any better, but I want to suggest another option: 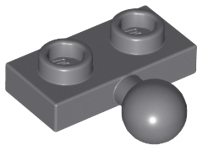 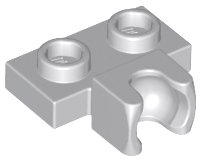 The right combination of these parts allow some offset (if the parts fit), and these also allow movement in more than one direction. 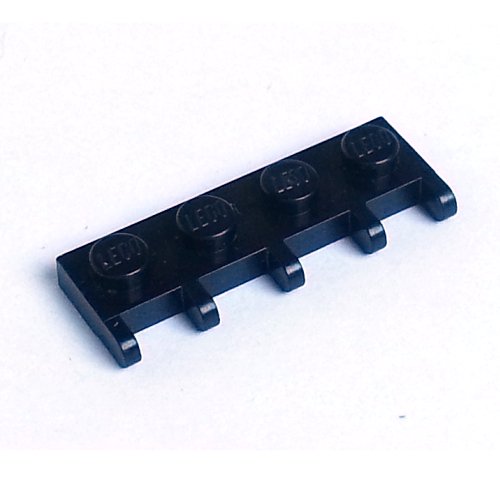 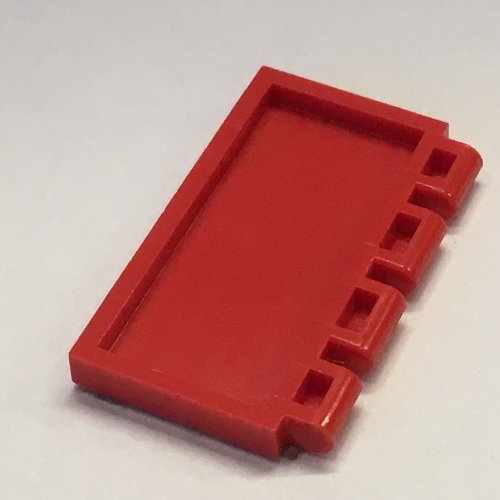 Their connection is a lot looser (at least for old parts) than the 1x2 finger plate hinges.

Not the answer you're looking for? Browse other questions tagged building connections or ask your own question.