Unable to save NXT program

I pulled out my NXT recently to tinker around with it. After reconstructing one of the suggested builds, I was writing a small program for it. About halfway through, I needed to leave my work, so I tried to save the file, but I was unable to. I received the following completely straightforward and not confusing error message:

The text of the error message reads

with Arm4Caleb.rbt being the name of the file. I have failed to find what this error message may be referring to.

I also attempted to save a blank NXT program file; this was successful, leading me to believe that there was something wrong with my particular program. Consequently, I attach an image of the NXT program (I can't post the file because I can't save it): 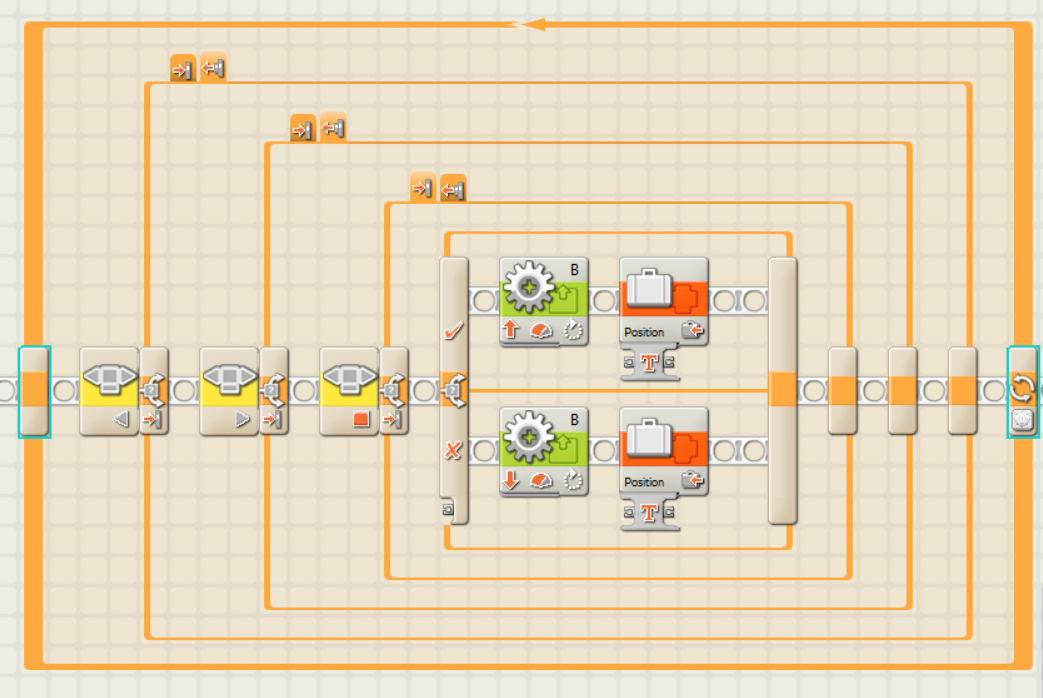 It's been a while since I've tried this visual coding stuff; I suppose I have an error somewhere in here? I'm not sure why it would prevent me from at least saving the file, though.

Apparently, all that I was missing was a STOP block at the end of the thread. Hopefully my oversight helps future users.

Not the answer you're looking for? Browse other questions tagged nxt nxt-g or ask your own question.

10
How to fix Mindstorms Error Code 1003
9
NXT motors not moving?
4
Unable to connect to NXT using NeXTTool via USB cable
3
ERROR CODE 7- Cannot download needed file for the program
9
PC To NXT Brick via Bluetooth
2
"File error!" appears on NXT, but why?
4
Is there any way to find misplaced bricks in LEGO NXT Programming?
2
Java BufferedImage with Lejos NXT: Java Heap Space
2
How to retrieve a deleted program file from the lego NXT