According to Bricklink, there are three versions of the part 4265:

Looking at the release dates it seems like B superseded A and C superseded B, although there were long overlap periods. My guess is B was introduced to reduce the amount of plastic used per-part and possibly to make it easier to slide it on an axle. Then C removed teeth because they're fragile and tend to break off.

Is my theory correct? If not, then why was that part redesigned?

I'll speak from my experience with these items as I don't have any formation backed by TLG.

The teeth themselves, found on A and B version of the 4265, while looking fragile, weren't the cause of the redesign I think. These could bend or deform but still be gripping with Technic plates with toothed ends as well as toothed pin axle connectors (which I think was the primary reason teeth existed on half bushes at first).

First two versions seem to be quite weak since they tend to crack quite often. Especially with aging, when clutch strength increases (perhaps parts shrink a little over time?). Don't know the reason behind designing version B, but it looks like the issue with cracking was observed and TLG tried to remediate this.

As for version C, I cannot really tell if supplemental sets released in 1993 really had this version included. It looks like the actual year C version was used is 1997, being part of several sets. You'll also notice this is also the year modern Technic connectors (like 32016) were introduced. These new connectors have the same angles you could construct from toothed pin axle connectors with busing of A or B type and are much stronger. Due to this there's no need for half-bushing to have teeth, thus it can have a little more plastic to make it stronger. In fact, I cannot really remember if any of modern 1/2 bushing I have got cracked or broken.

As seen on this picture from Rebrickable C version (represented here as 32123a and 32123b) had minor mould change over its production as well. Bricklink doesn't distinguish these variations and use 4265c part number for both. 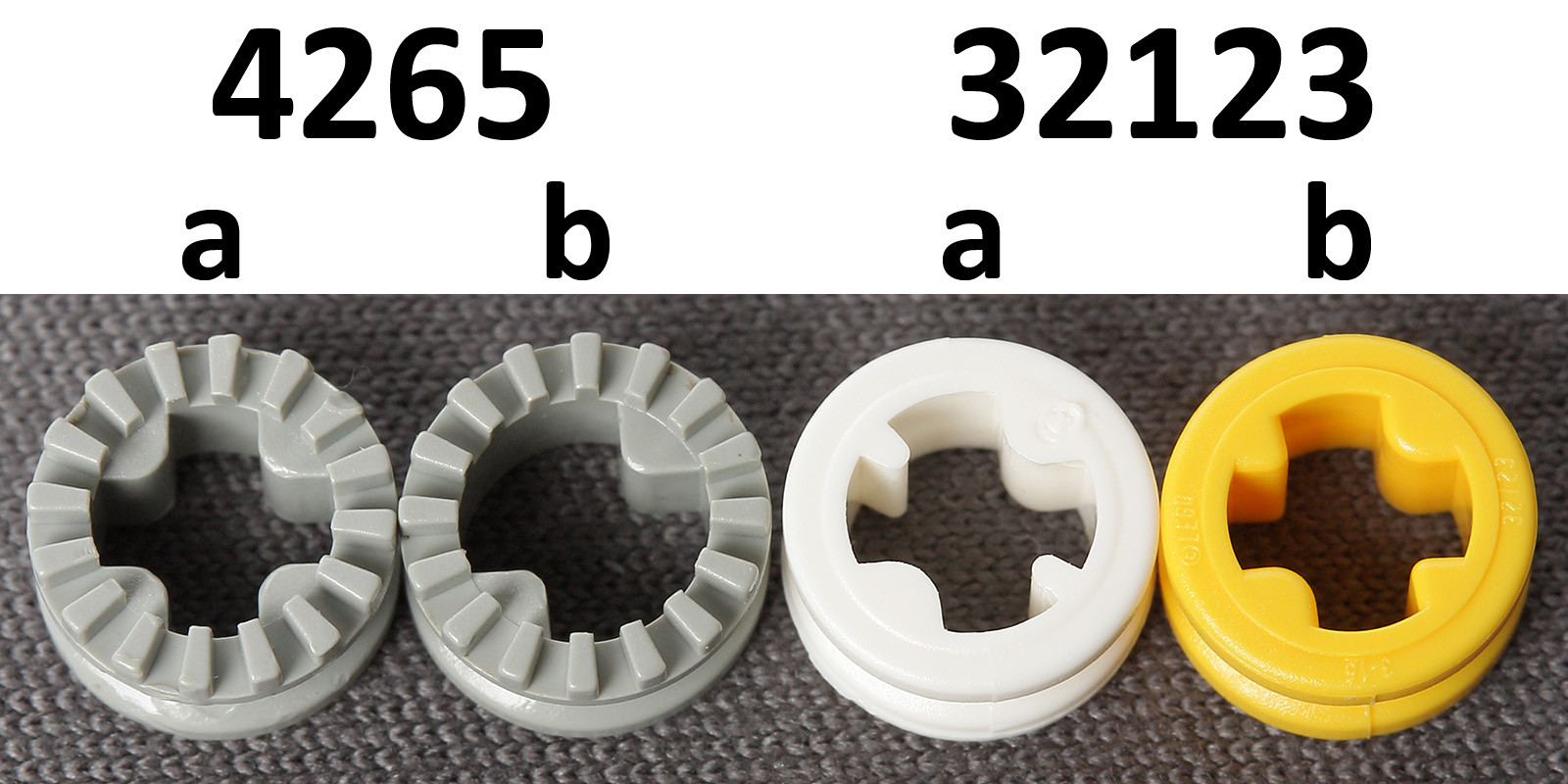 7
Why do older bricks have greater clutch power?

28
Why aren't LEGO bricks cubic?
17
Who is (or was) Susan Williams?
12
What was wrong with monorails?
9
Why was the 1x1 round brick changed?
7
Which "Real World" Company was the first to have its' name featured in an actual (numbered) Lego set?
7
What was the slot for in the 1950's slotted bricks?
12
Why was monorail offered the way it was?
5
When was the pink brick released?
7
Was the LEGO flower petal redesigned?
37
Why was LEGO reluctant to use additional colours for regular bricks in former times?