I have a set that could be a partial set and, to make things even more difficult, include parts of a different set. 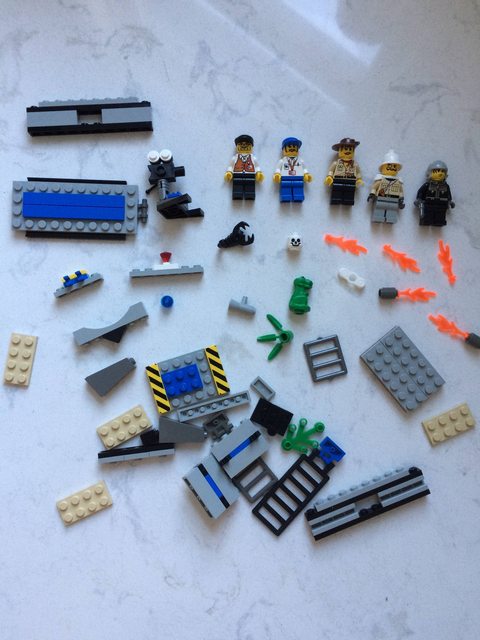 It looks to me like a movie set, with a director and an aide. There are some other guys that could be movie actors or just part of a different set (a red herring).

I never got any kind of instructions when I acquired this set, and now my oldest kid an I are trying to put together all our sets (many of which were in pieces or were cannibalized to make other creations), and I would love to know if this is a complete set and I can do something with it.

There are multiple sets indeed.

First and last minifigures are part of 1356 Stuntman Catapult set. Stuntman is unique to this set. 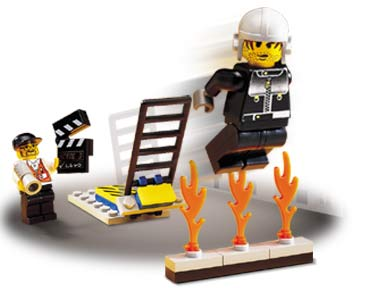 Looks like the second and third minifigures, camera as well as most of the parts are from 1355 Temple of Gloom 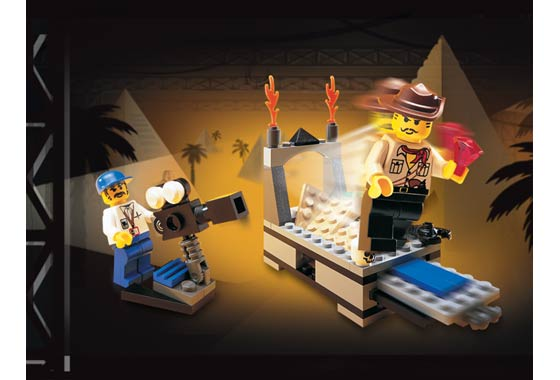 This leaves us with some bits as well as last minifigure - fourth from left is Baron Von Barron with Pith Helmet and White Epaulettes, also appears in 11 sets. This minifigure as well as baby dinosaur, including some leftovers after first two sets indicate these could be from 5914 Baby T-Rex Trap. 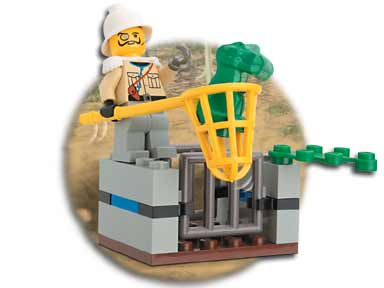 It doesn’t look like a complete set to me, and it does seem to include parts from more than one set. Some of the parts and minifigs are from 1349 - Steven Spielberg Moviemaker Set. Some of the minifigs that are not in that set look like they’re from other sets in the LEGO Studios theme.

[ Alex and Andrew have already identified the sets, but I'd like to add a bit of context. ]

Seeing the directors and camera instantly reminded me of the Moveimaker sets. 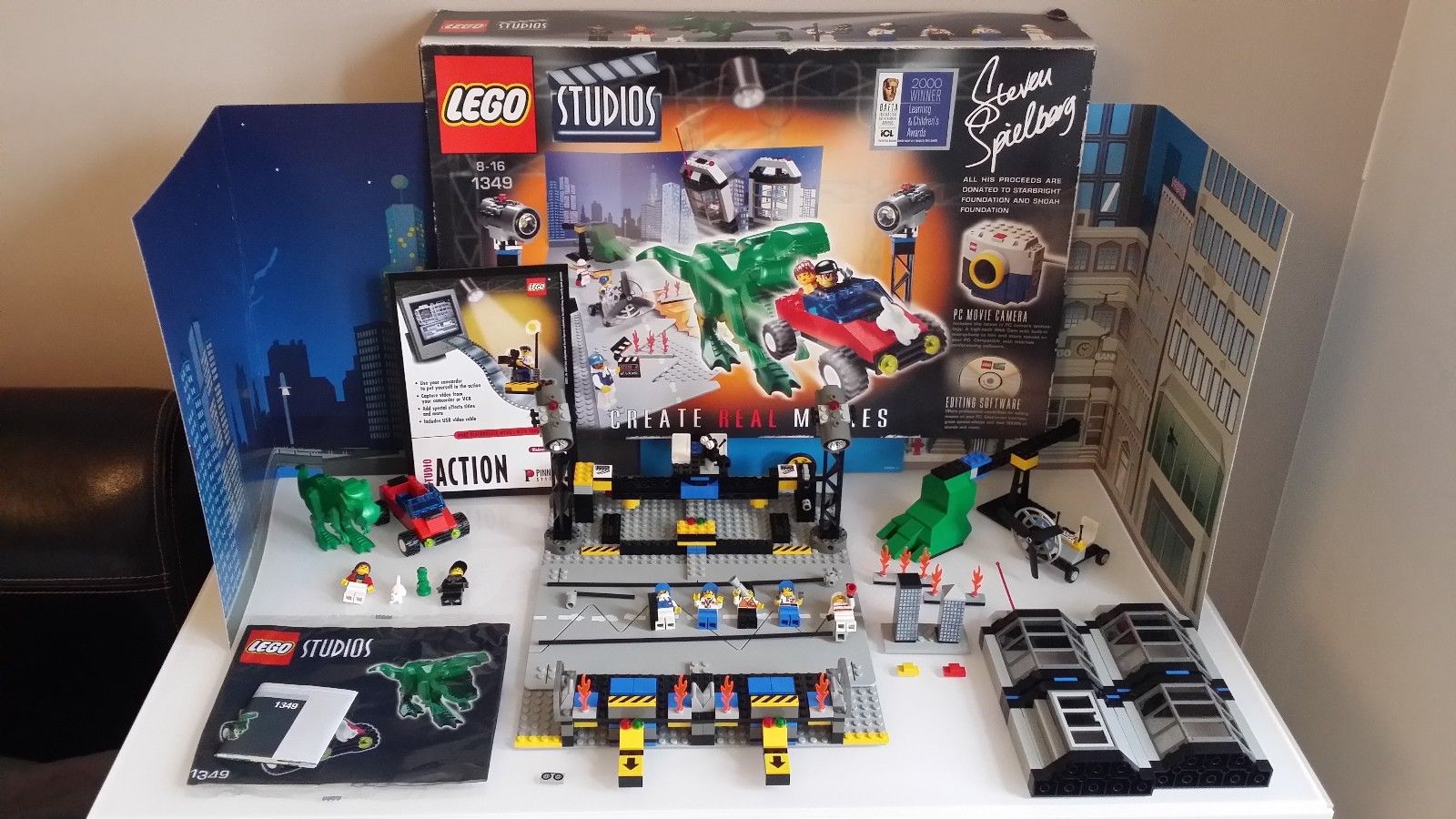 I had forgotten that there wasn't a "Moviemaker" theme, but LEGO Group called it "Studios". As the brickfilms wiki describe this theme:

LEGO Studios was a LEGO theme that focused on stop-motion animation and filmmaking. Sets in the line were released from 2000 to 2002. The flagship set, 1349 LEGO Studios Steven Spielberg MovieMaker Set, included a special LEGO webcam and proprietary software that included stop-motion capture, timeline editing, and sound recording and editing. LEGO Studios was instrumental in popularizing the hobby of brickfilming.

So despite the short life of this theme, many folks who probably never even owned any of the sets in this theme have seen the amazing results and added their own art to the genre.

Given how much you have from this theme already check out the other sets on brickset or bricklink and see how many more parts you may have.