Which pieces were used to make the flexible mesh skin for the life size Lego Bugatti?

In the linked video, around the 1:50 - 1:55 mark, a person can be seen picking up a flexible hexagonal mesh, and bringing it to the side of the vehicle. Also, close ups are visible around 2:03 - 2:37. Last, the are apparently two styles of mesh being used, one light colored one dark colored.

What are the Lego parts used to build these two meshes?

There doesn't seem to be a difference in a shape of triangles (that's how they mention them in the video) seen in Dark Azure as well as Dark Blue colors. However there are two shapes - bigger and smaller triangles. Smaller triangle's edge is half the length of bigger one - you can attach two of these to bigger triangle.

Larger one requires parts listed below. I didn't include half bushes seen in some images (funny thing is that half of same assembly had them, while the other didn't) as they put too much stress into assembly. It is also worth mentioning LEGO used a lot of parts which cannot be found in any of sets.

Smaller one needs these:

Then they are connected together with either of two following parts (both seen in use). First one is made of rubber so it allows some twisting and stretching which is what allows the skin to take shape. 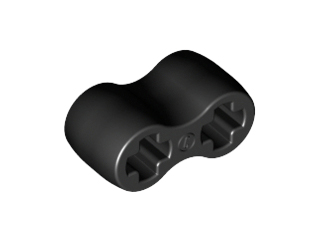 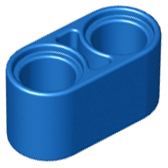 Warning. I've built both versions and some parts here are a bit stressed (definitely illegal connections involved) which means they could deform over time. 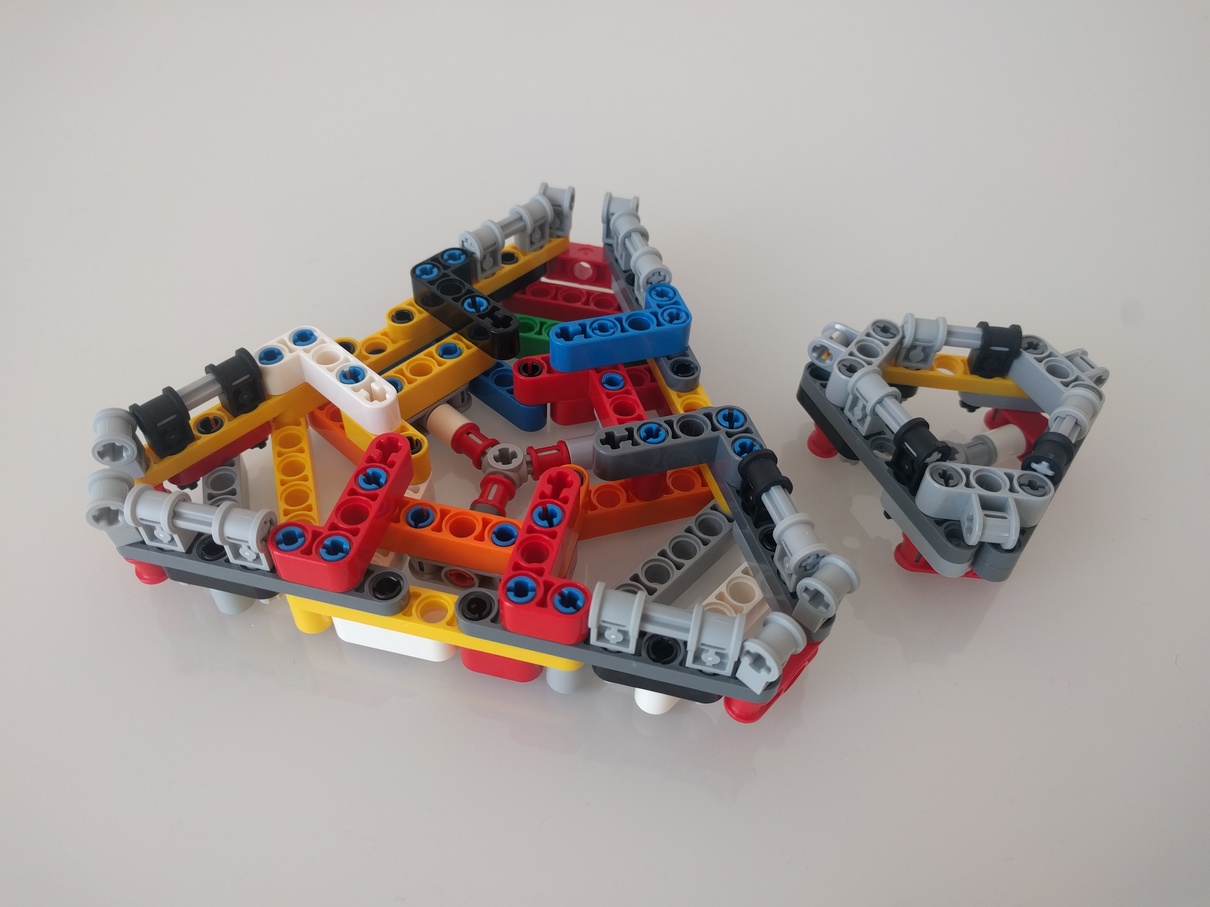 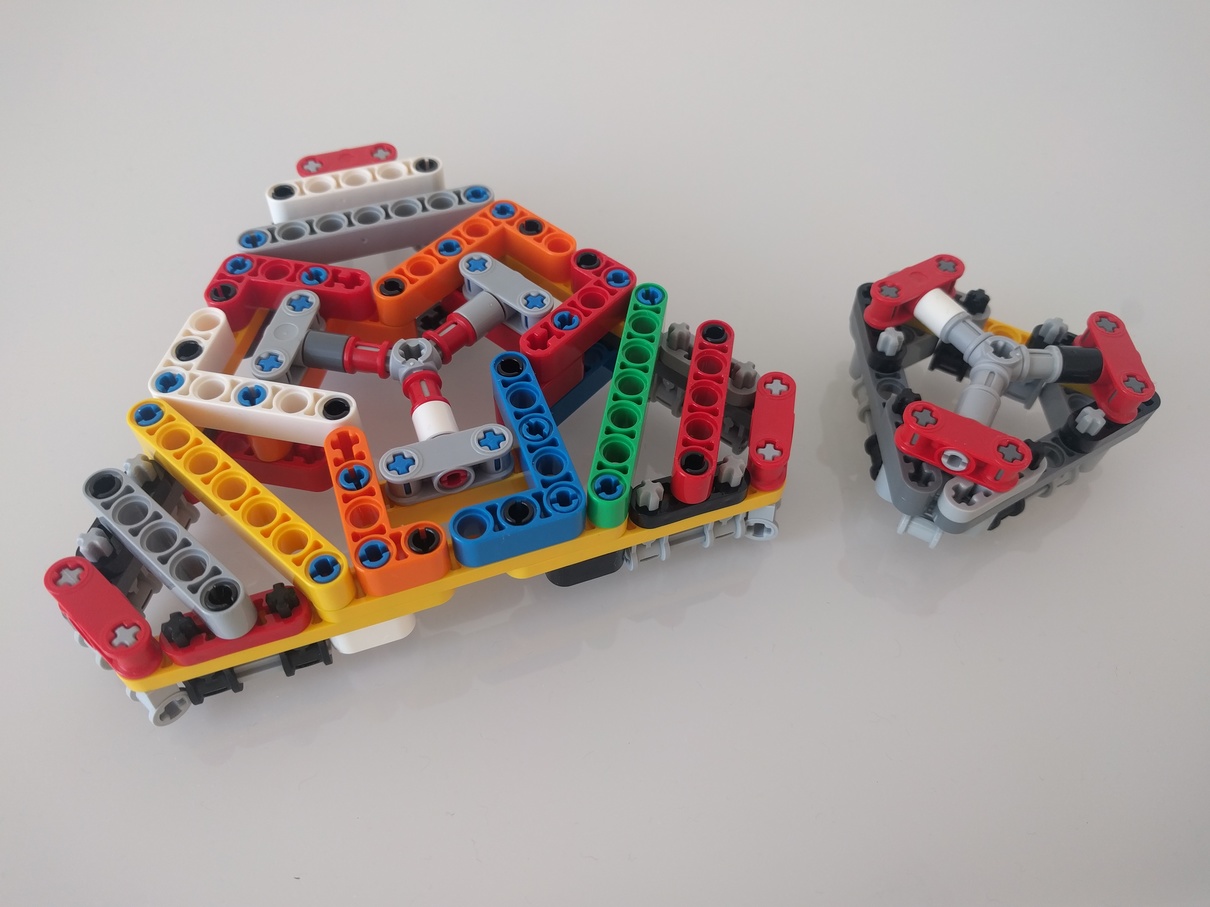 Note. I've missed 3 pieces of 3L half thickness Technic beams in smaller triangle in my assembly to cover some axles, however part list has correct amount.

Not the answer you're looking for? Browse other questions tagged part-identification technic building piece-usage or ask your own question.

9
Can Lego soccer (football) parts be used for anything other than soccer?
14
Brick-built alternative to “Door 2 x 5 x 5 Swivel, Bracket Base”
5
How important is a center differential on a 4WD model?
6
Challenge: Specialized Palm Build
16
Are these bricks old LEGO/Duplo clones?
5
Fan door does not close completely - Air Race Jet
11
Identifying Parts Used For The Escape Hatch of Sariel's Tiger XL Model
2
Are there LEGO plates without the word “LEGO” on the studs?
8
If I were to make a LEGO fan how would I make it blow air on me?
8
How can I complete the build of this Lunar lander from the Space and Airport Set (9335)?