Can Power Functions components work with the RCX?

I don't have the RCX, and neither do I have any PF stuff, but as they both have wire connectors which are almost identical, I'm thinking that they can both work together and are compatible. Is this true? And can you connect more than one motor to one RCX port (RCX port has 4 studs but PF port has only 2)?

power-functions rcx
Share
Improve this question
edited May 18 '20 at 13:32

RCX is compatible with the older 9-V system that came before Power Functions. However, since PF motors are also 9V and still unregulated as the RCX motors, a simple conversion cable suffices. The Power Functions extension wires will do (8886 or 8871) as they have on one end an underside that is compatible with the 9V/RCX system (which hence goes onto the RCX port) With this setup, stacking additional motors is possible as well, you can stack them on both sides of the extension wire (RCX side or side of 1st motor) 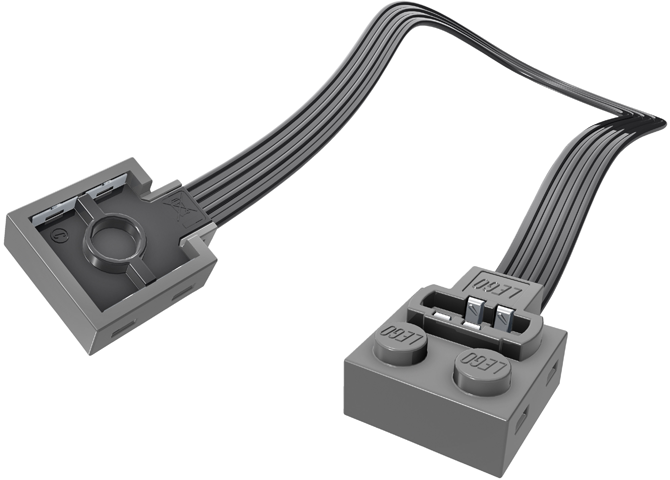 The RCX uses "electric system 9V" style connectors. These are not compatible with power functions connectors. The "electric system 9V" connectors have the connections built into regular lego studs (with the electric part of each stud carefully arranged to allow connections to be made between parts placed at right angles) while the power functions connectors have a special connector section that is not compatible with regular lego studs in any way.

There are a few caveats though.

As for connecting multiple motors you can do so physically but if the motors are under heavy load you may hit the current limits in the motor drivers, heck even a single "RC race buggy motor" can overload the drivers in the RCX.

Not the answer you're looking for? Browse other questions tagged power-functions rcx or ask your own question.

7
Replacement power cable for Mindstorms RCX
5
RobotC for RCX cannot find USB IR Tower
4
Serial tower stopped communicating with RCX 1.0
6
Does the LEGO "Power Functions Extension Wire" (8886) work in both directions between old 9V and new Power Functions devices?
8
How to power "Power Functions" devices from an electric wall plug?
6
Use legacy RCX sensors with EV3
2
Serial tower RCX 1.0 works with NQC but flakey with RIS 2.0
4
Advice on Power Functions for an 11-year-old?
2
PF: One battery block, one IR receiver, two motors on same port
4
Can I use the EV3 IR Sensor with a power functions remote?