Alternative (back of box) builds of 7822 Railway Station - is there an 'official' configuration where the track terminates at the station?

As is common with Lego sets, there are a number of alternative builds pictured on the back of the set box and sometimes in the instructions themselves.

Some time ago I found a website with a picture of an alternative build of the 7822 set that was described as an 'alternative build'. Sadly I can't find the picture again but the configuration of the station was such that the train line servicing the station terminated at the platform, and did not continue on though as it does in the main build. It is this configuration in particular that I am interested in.

There are various depictions of other alternative builds available on the internet, one such that shows two different configurations in the same picture is this scene from the back page of the 7834 Level Crossing (Note: The version in the middle of the page on the right may be the one I am interested in, but I can't see the position of the track in that picture.)

The YouTube video 'LEGO 12V Train Dream Layout' shows the alternative build from the top of the 7834 instruction scan at around the 0:20 position in the video opposite another set in the main build configuration.

I am very happy to receive answers on any of the possible alternative builds for the 7822 Railway Station and make this question a resource for anyone interested in different configurations, but the accepted answer will be for a clear scan or photo of the back of the 7822 box. (It may or may not show the configuration I am thinking of as the mysterious picture on the internet that I am thinking of may or may not have been an 'official Lego created' alternative build).

Have been looking myself for hours as I have two 7822 sets but no box... 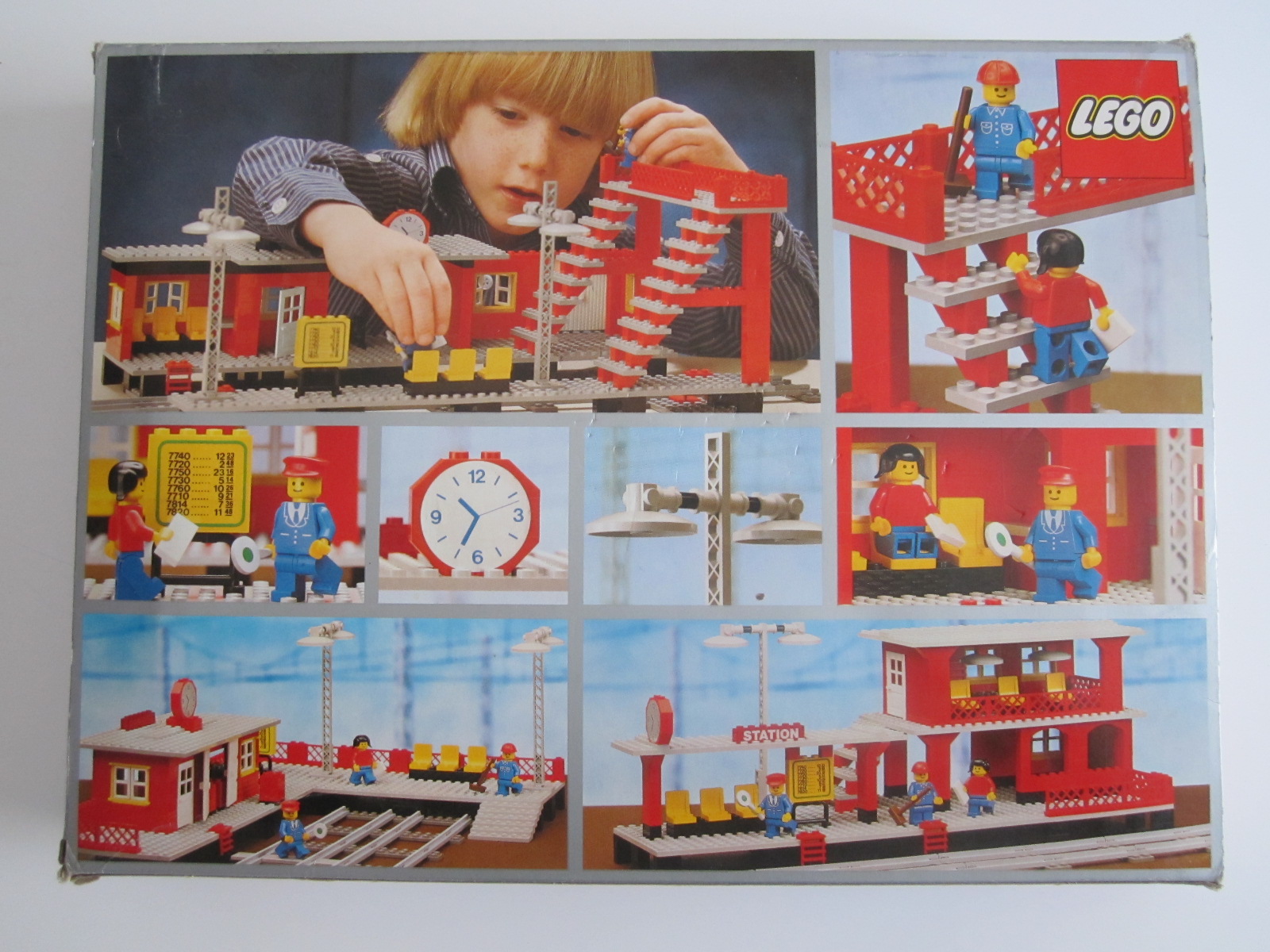 While it's not the "official" answer you're looking for, you could add the a bumper just outside the station, like this guy has:

22
How to build bridge using 4.5/12v train rails from 1969 Lego brochure
3
Chamber of Secrets set 4730 assembly issues
2
Where can I find the instructions for the crane on the back page of Lego Juniors: Construction (10667)
3
Instructions or details for the buildings in Set 190
6
Railway track layout - is there a method to say if track layout meets up
8
Is there any difference in the power, wheel, and track technology between 2018 trains and 2022 trains?