How do the Ninjago spinners work?

How do the Ninjago spinners work? From the set it looks like you can put a minifigure on it. It's a little hard to understand how that works from the picture though.

I've had a few of these in the past, and I've managed to find one so hopefully I can explain it with a few pictures.

They are simple, hand-powered spinning tops, best spun by a finger and thumb: 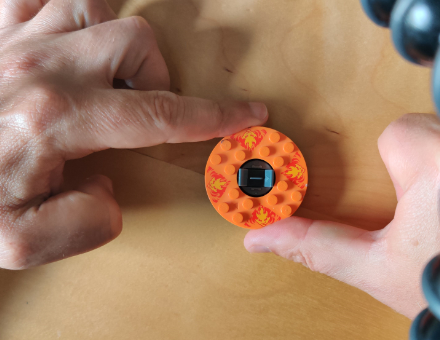 Usually the original spinner would have a Plate, Round 2 x 2 with Rounded Bottom on the bottom to aid spin: 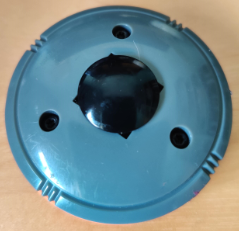 Although clearly these became more advanced as per the other examples with pin holes in the bottom for further attachments.

The minifig stands inside the spinner, only lightly held on by the parts inside: 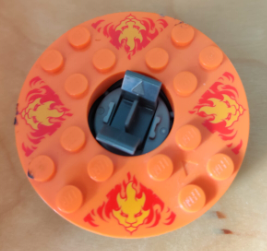 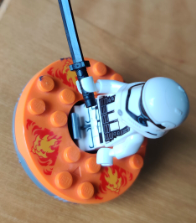 The interesting part is the light grey part that holds the minifig's feet which can go up and down, which happens when the dark grey part is rotated:
Lowered: 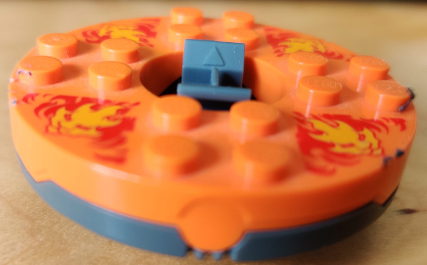 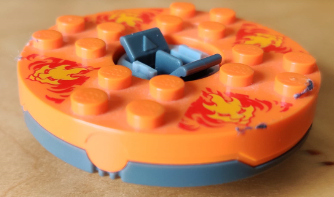 And it was this action that made the game you'd play with them: By getting two people with spinners, you could spin them at each other, and hope that they'd bump, or at least the characters with their weapons would catch on each other, and this would cause them to rotate within the spinner, lifting them up, and hopefully knocking one off! 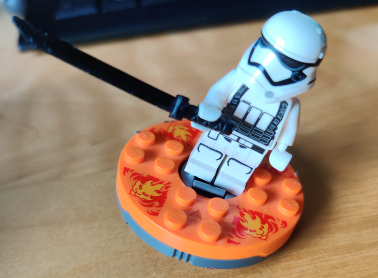 The cards would then allow you to add additional weapons to your minifig, or parts to the spinner itself, either raising it up, or building up "defences" that would stop the minifig from rotating, and so keep it in place for the next battle.

I've found a manual online for set 9591 which includes one of these spinners, but it has no English instructions. I decoded all of the translations using Google translate, but they only told what you should do depending on which card is available.

Then this part of the PDF rang a bell in my head: 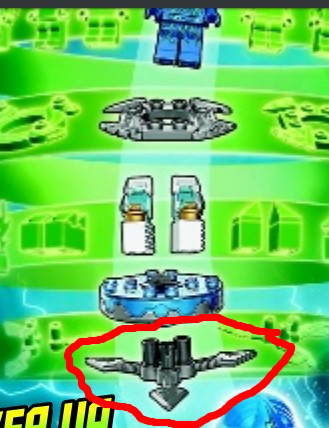 As you can see in the image, the hyperlink in your question leads to only one of the parts required to build the spinner, which is this one. Also, you can attach minifigures to it as shown. Based on the looks of that grey bottom part, it's pretty much a typical top. This part of the image also contributed to that conclusion: 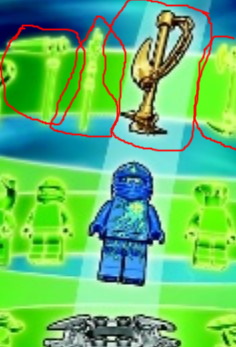 So it seems like these are ordinary tops like I already said. They don't seem to have any special mechanism like Beyblades or any other special tops, but they did make similar tops before these came out.

Not the answer you're looking for? Browse other questions tagged ninjago or ask your own question.

6
Ninjago lightning and fire dragons
2
70728/2 Ninjago piece too short?
3
Basic bricks in Ninjago Spinners sets
6
Why does Jay from Ninjago have a scar?
2
Why did lego stop the Ninjago Spinjitzu Flyer and switch to the Ninjago Spinjitzu Spinner?
0
Large Lego Ninjago package, no box and no instructions, many red and black pieces
3
Can someone identify these Ninjago face mosaic sets?
4
Can you identify this Ninjago set from an assembly from it?
5
Which Ninjago set is this from?