Suppose I have several power burst with bar end, and I want to allow the viewer to turn a knob or something and make them go up and down. How might I do that?

I suppose I could use a winch with string somehow, but I'd like to do something a little more hidden.

I have an idea which was actually from JKbrickworks. Here is the MOC that uses it and here is another MOC of his that uses it.

Here it is step-by-step:

First, we have a plain old technic brick. 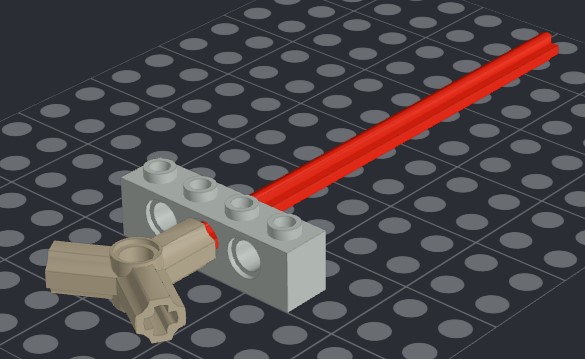 Now there's an axle stuck through it. That connector at the end of it is what I will use as the lever to turn. You can use whatever you want.

And obviously, we need to add bushes. But we're still not done! 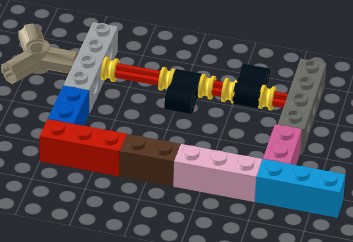 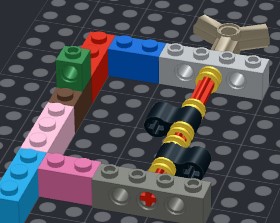 A 1x1 studded beam was added so that we can loosely hold a beam up above. 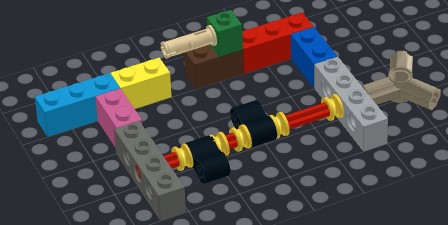 A non-friction pin is added. 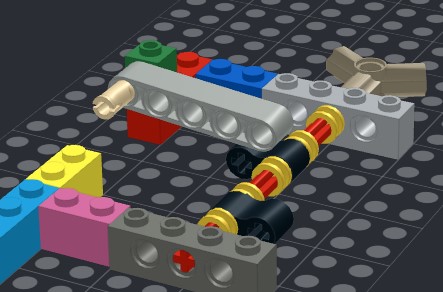 A 1x5 beam was added, but I should actually use a 1x6 beam instead, which is fixed in the next images. What's the beam even doing here anyway? It's going to act as a guide for the axles that will sit above it. 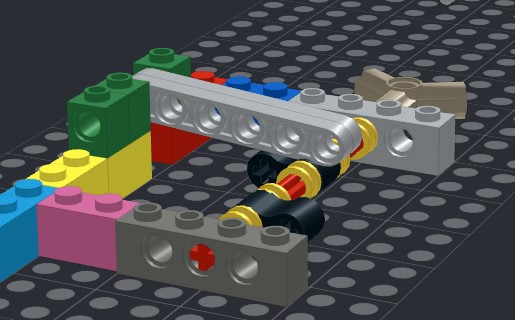 Same process is gonna go on again. Note that I used two 1x6 beams in half because they didn't seem to exist in full. And yes, the technic beam must be laying on the lifters like that. I had to update it. 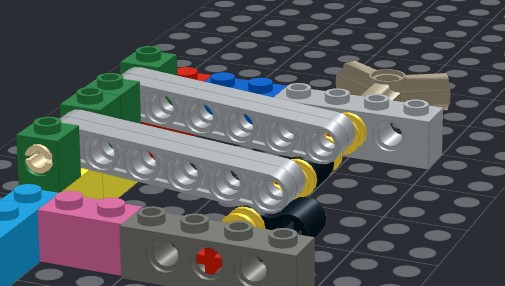 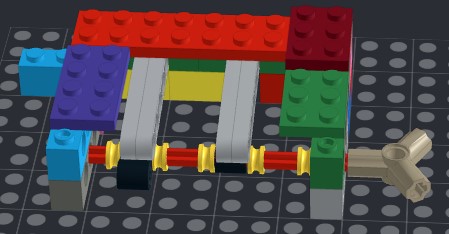 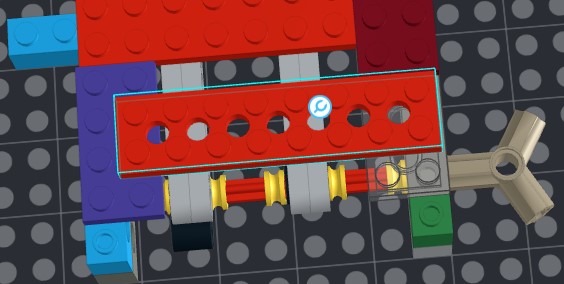 Now we have a technic plate with holes to stick axles through. 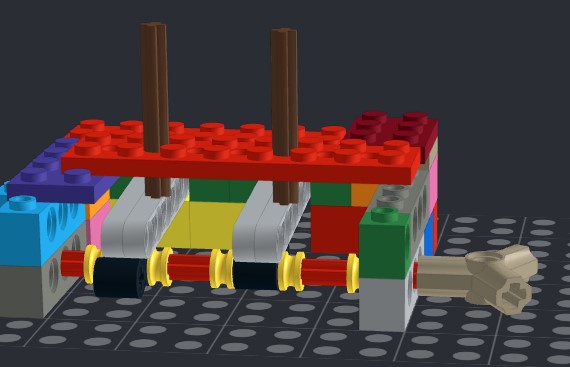 And of course, we stick axles through, you don't have to use plates like I did. And make sure that they are loose enough and rest on the beams. This is also the time when you can turn the lever to see if the axles pop up and down, up and down, up and down. If they don't and get stuck, try turning the lever the other way.
At this point, we are almost, almost done. 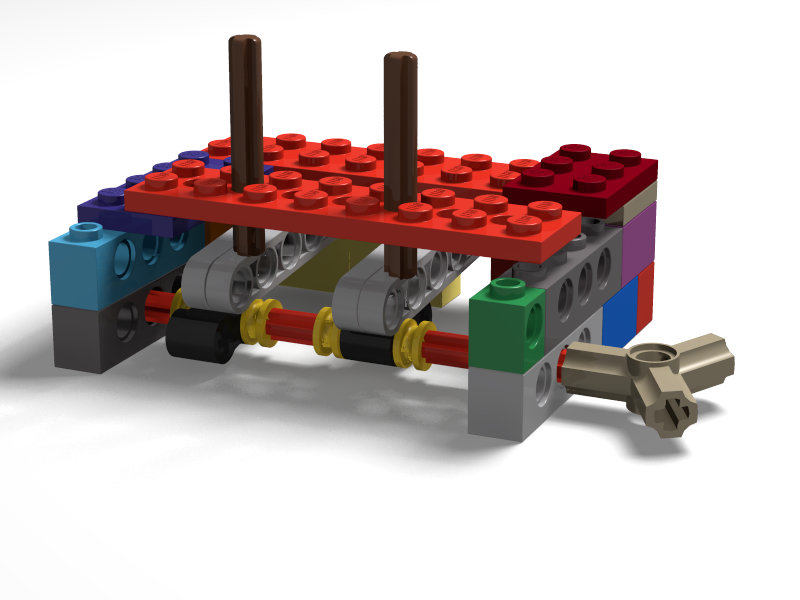 We've thought of using bars to connect the fountain parts, but we've discovered a few downsides and problems with that.

The first problem is that the plate with holes in my build is placed in such a way that it's not exactly aligned with the beams below, increasing the chances of any bars being placed on top slipping off. 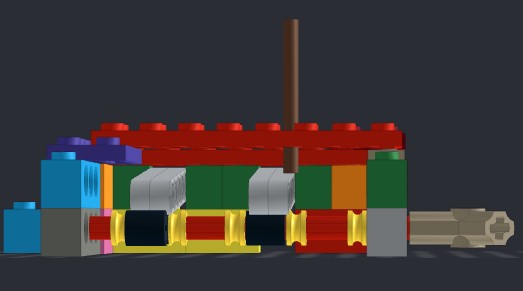 The second problem is that the bars are noticeably thinner than the size of the holes in the plates, which leads to some pretty bumpy performance, as shown below. Your bar will tip around and possibly even slip out. 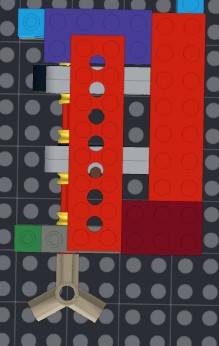 The build can be improved to reduce the chances of such things happening by doing the following: 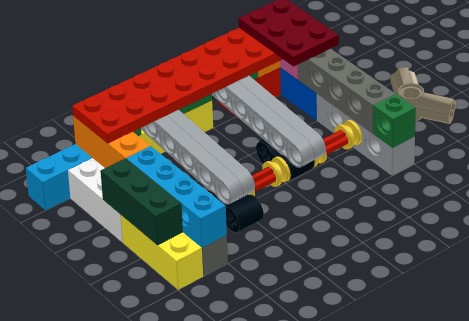 First, let's remove that plate to make our additions. 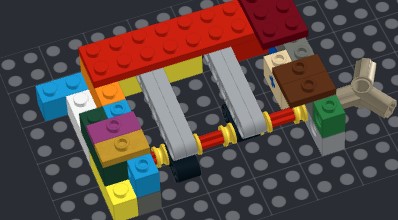 Now we will have some off-set studs in order to align the plate. 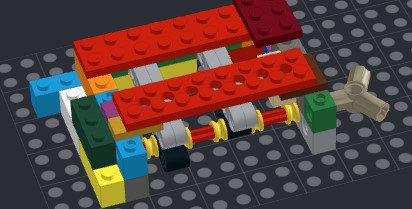 And now we put the plate back, in a better position than before. 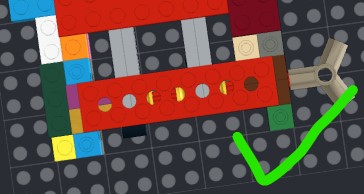 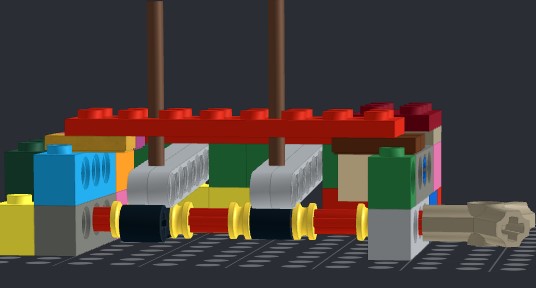 Now it's not as likely that the bar can slip off the beams. Don't you notice the difference?

We can reduce the chances of that happening even more if necessary by adding more plates with holes to restrict the bar from slipping, like so: 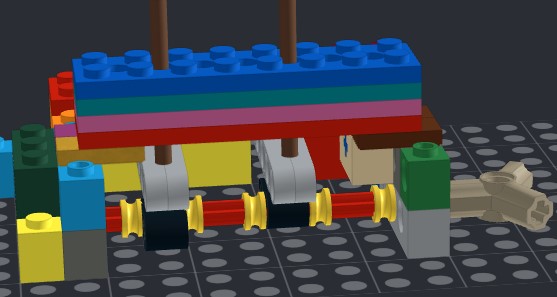 I've created an initial prototype. I found the "axle with stud 1 x 5" pieces allow me to cross from an axle to a bar type piece such as a fountain. 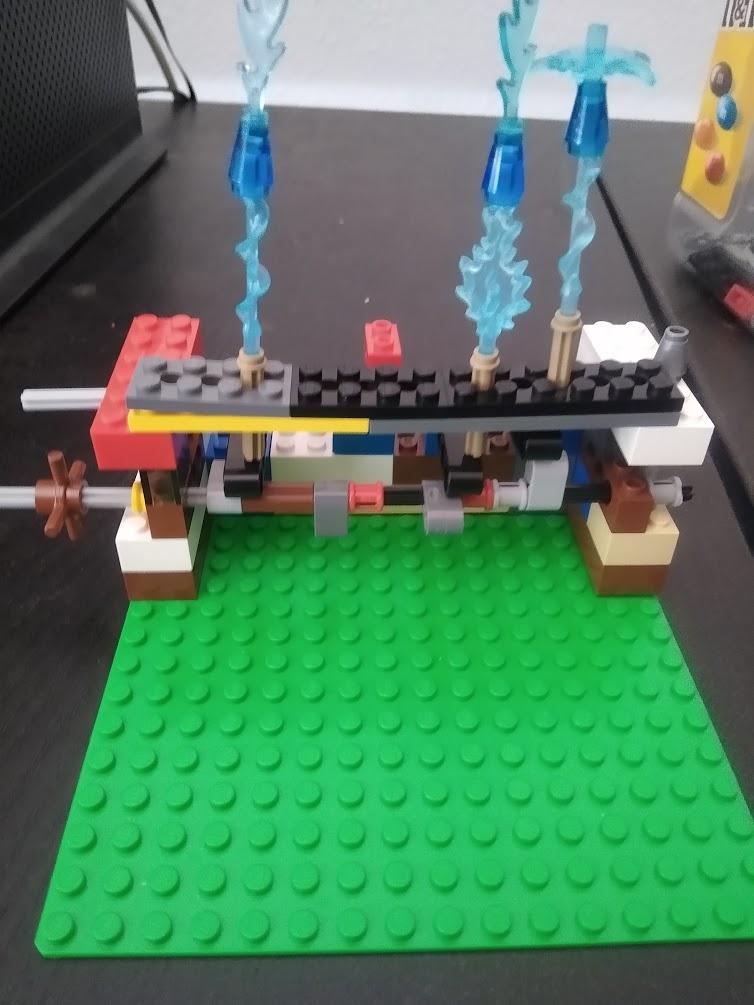 Not the answer you're looking for? Browse other questions tagged design mechanical or ask your own question.

9
How can I blow a stream of air for up to two minutes at a time?
14
Are there LEGO sets designed for adults?
6
Looking for information on a Lego manual I had as a kid
6
What are those 6 extra studs for in 42000 Grand Prix racer?
5
Build Instructions for Brown Fedora Hat at LEGOLAND Florida Resort Hotel
0
Identify pieces for this Griffin
1
Flexible tube for threading through transparent round bricks
6
Is there a MILS-like standard for medieval villages and castles?
6
Parts for a 4 Candle set
5
Hair and head for MTG Chandra Ablaze