I have a new EV3 set and tried running the Demo program on the initial build. Only the left motor turned, so the robot kept going in circles instead of going straight like its supposed to. When I swapped the connections so the Left motor was plugged into port B instead of port C, then the right motor turned but not the left motor. So the problem is with the port and not the motor.

But when I went into Motor Control with the buttons on the brick, both port B and port C could operate their motors just fine.

I updated the firmware to 1.10E but that acted the same as 1.09H. What else could I try? Is there a hardware problem with one of the ports on the main brick? If so, how come the motors work in motor control mode?

Sorry I didn't give better information on what I'm trying to build...It's set #31313, and I'm trying to build the "tracker"...it's these motors that I'm having trouble with; both motors work when connected to port C, and both work ok when I drive them from the "motor control" menu on the control brick, but the motor connected to port B doesn't run when it tries to drive them together. 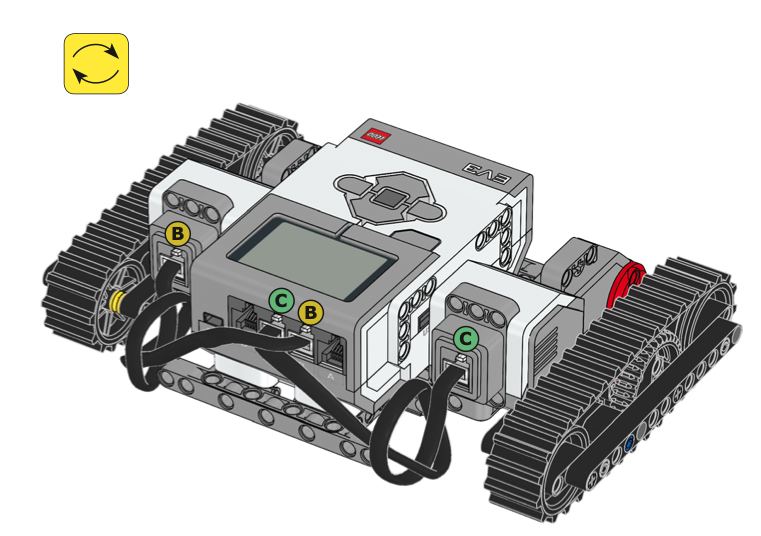 Browse other questions tagged ev3 or ask your own question.