Which parts do not have the LEGO logo stamped on them? 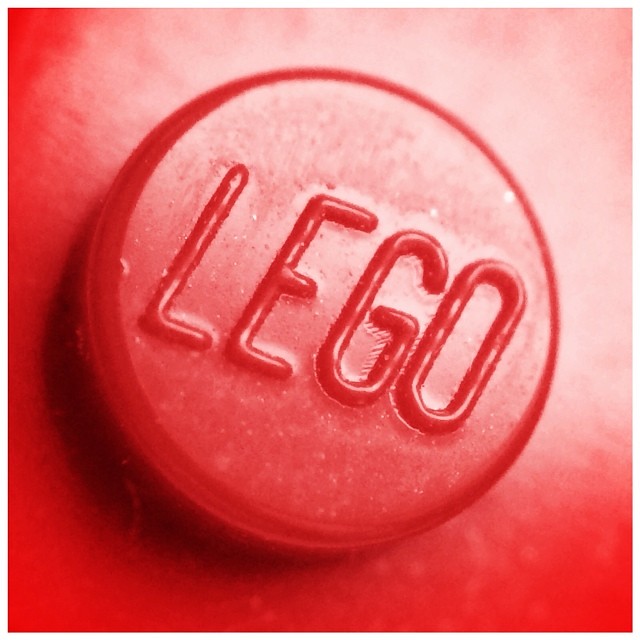 As noted in this question, there are very few parts that do not have the LEGO logo included during manufacture. But which parts are those? Is there any semi-exhaustive list? Does bricklink note this sort of thing anywhere?

I'm mostly curious from the perspective of someone who would be looking through bulk LEGO and trying to figure out whether they got real LEGO or clones. Finding the logo is usually so reassuring. I'm not worried about really ancient rare parts, but if you want to be that thorough don't let me discourage you. Either way, some sort of list of parts that somebody should expect to be legitimate LEGO, but not worry about the lack of a logo, would be great.

I certainly don't have a list, but I came across Technic, Steering Arm with 4 Ball Joints with Black Wheel Hub (x872 / x873) part several times. I heard stories of Bricklink sellers being accused of shipping knock-off copy of this part (since it is a little pricey) due to absence of LEGO logo, despite them being legit items. 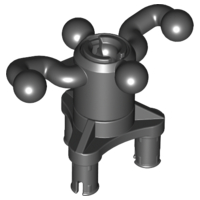 Are both of these fences made by Lego?
This is another example. This fence piece came in logo and non-logo versions in the 1970's.

Another example is this watering can. The green one we have is from Fabuland. In fact several other Fabuland parts here also lack the logo - this bench for example. I wonder if in the 70s/early 80s, when Fabuland was designed, Lego were less concerned about putting their name on every last part.

Other parts I've seen without a logo tend to have some of the following features:

This electric light bulb cover ticks all of those boxes

The Plant, Tree Palm Top part has had revisions where it was not marked with the LEGO logo, as we have learned in this QA thread. 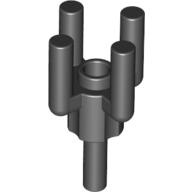 33
Are there LEGO plates without the word "LEGO" on the studs?
14
What piece has one prong on one end and four on the other?
5
Have you ever seen this color of Teddy Bear?
6
Are both of these fences made by Lego?

16
What sizes of bricks (building scales) have carried the Lego brand name?
24
Where and when did the straight block letter LEGO logo appear on brick studs?
7
Which "Real World" Company was the first to have its' name featured in an actual (numbered) Lego set?
8
Did LEGO ever make bricks without the LEGO logo?
4
Which of these parts are LEGO elements?
7
Does the word Lego have anything to do with Latin verb lego?
11
How To Sort Out 3rd Party Technic Clones From LEGO Originals?
4
Mounting 'shelves' on a 57518 Lego conveyor belt
6
Parts identification (some may not be Lego) bugle, cart, vehicle front, broken-glass texture