I'm trying to figure out how monorail left and right switches work internally. Tearing one apart risks permanently damaging it so I was hoping to find schematics or images of someone else's teardown. Does anyone have a good picture or description?

Note that I've found a Eurobricks thread with broken links to a Flickr album and a fan written PDF. I was unable to track either down online so perhaps copies of these could help.

I have found the linked .doc file by using the Wayback Machine, consider making a donation to their awesome service if this has saved you time and/or money :)

But in order to reduce load on their servers and provide a backup, I have reproduced the contents of the document below:

Anatomy of a Monorail Switch

This document describes the features and components, both internal and external, of a LEGO monorail switch (or point). Suggestions on how to disassemble and reassemble the switch are also given.

For those few reading this that are unaware of the operational features of a monorail switch, the switch rails (point blades) can be changed both manually, from a slider at the side of the switch, and also semi-automatically, by trip levers set into the running rails of the branches. These trip levers change the switch rails to the correct branch if a train comes down the branch with the switch set against it.

General top view of the switch

General bottom view of the switch

Underside view of the track bed 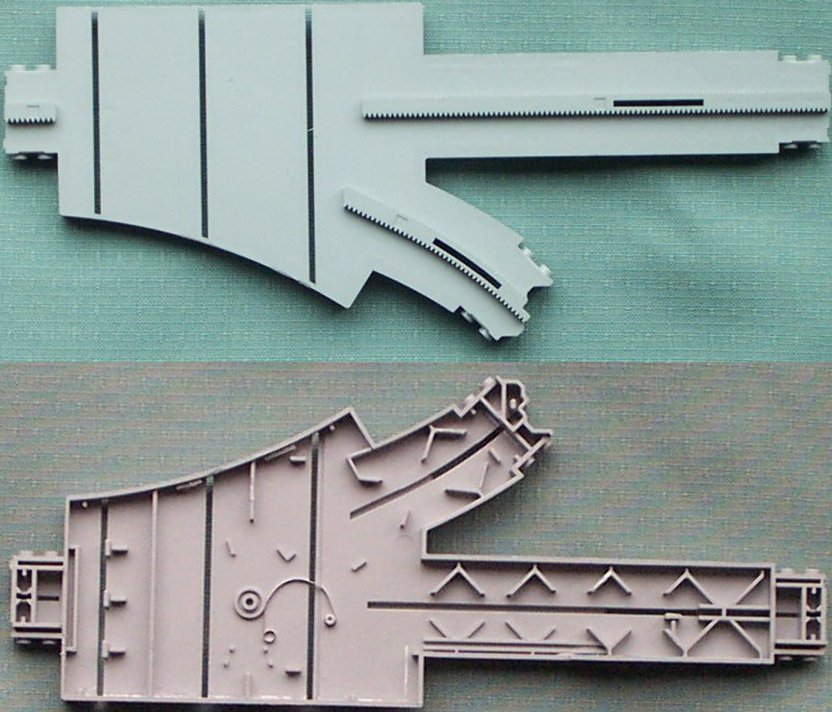 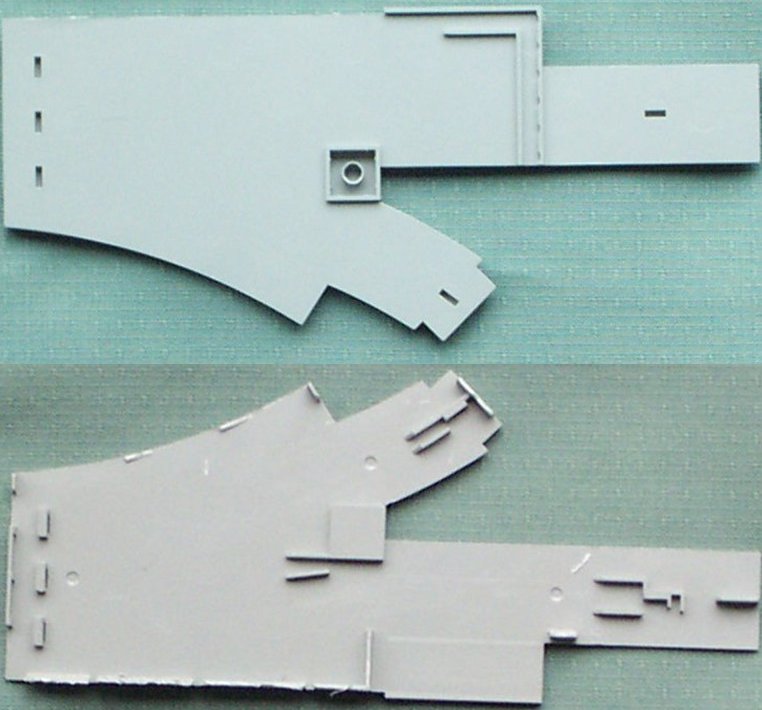 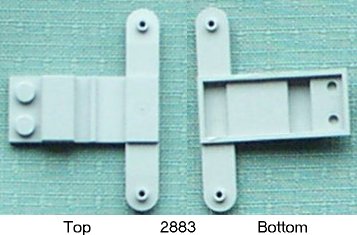 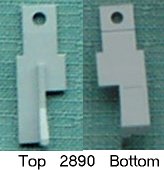 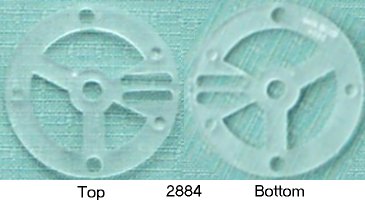 From straight to curved

This annotated photograph shows the motion of the internal parts when moving the switch rails from the straight branch to the curved branch. All joints (due to the angles they make), and hence the parts, have a “preferred” direction of travel and these all coincide with the direction they must travel for the mechanism to work smoothly.

From curved to straight

When moving the switch rails from the curved branch back to the straight branch, the reverse of the motion shown in the annotated photograph above should happen. However, the joint highlighted has a problem. This joint is very close to a “point of singularity”, that is, where the joint is in such a state that it can move one way or the other without preference. If it moves in the direction of the red arrow, the mechanism will effectively lock the switch rails, if in the direction of the green arrow, the switch rails will change to the correct position. Due to the slight wear on the parts in this particular switch, the joint has actually gone past the point of singularity “in the wrong direction” and its preferred direction is now upwards! (This also explains why you can sometimes get a stuck switch to work by placing on its long straight edge and gently tapping it, as gravity will pull the joint back the correct way.)

It would appear from external inspection that the baseplate can be removed from the track bed by simply turning the switch upside down, releasing the five retaining clips (see underside image above) and prising the baseplate up and out. If you attempt this it will not work (even if you manage to release all five clips at the same time) as the baseplate is also glued to the trackbed at various places.

Whether the five retaining clips were originally intended to fully hold the baseplate to the track bed or whether they were only intended to hold the two parts together while the glue dried is unclear. Whatever their original purpose all they successfully do while trying to part the baseplate from the trackbed is to get in the way.

Photo of the removed baseplate, highlighted to indicate the position of the glued supports.

Once sufficient supports have been release it is possible to start removing the trip levers, lever rods, switch wheel and switch. Doing this provides more room to work inside the switch and also reduces the chance of damage to an internal part should the craft knife slip.

The glued long supports by the straight edge of the switch should be attempted last. Take extra care over these as you have to prise the trackbed and baseplate quite a long way apart to reach the knife all the way from the other side and this will cause a large amount of stress on the curved side wall of the trackbed. This is not made any easier by the fact that this is the wall with the three switch rail access slots in it which weaken the wall.

It took me a good hour and a half to fully separate the baseplate from the trackbed.

Before re-inserting the internal sub-parts, using a sharp craft knife, carefully de-burr the supports, underside of the trackbed and any place where the blade slipped. Then remove all swarf from the parts, either with a lint free cloth or by blowing.

Before re-gluing the baseplate check the operation of the switch. The only real mistake you can make is to use the wrong slot in the switch wheel to engage the switch rails. If you do this the switch rails will not fully travel to the straight position but stop about 3/8ths of an inch short.

To complete assembly it is necessary to glue the baseplate back to the trackbed. One option would be to apply a tiny blob of plastic model glue to the top of the supports released during disassembly. However, this runs the risk that the glue will spread where it is not wanted and seize an internal part or that an internal part will be dislocated from its correct position while the baseplate is inserted.

It is therefore preferable to “dry assemble” the switch and use liquid glue (also known as MEK) to secure the baseplate to the trackbed. Check the internal parts one final time (for burrs and swarf) and assemble the switch. Test the operation and then use some temporary means to hold the switch together. I use copper wire, metal paper clips (the big ones with arms that fold over to open them) and modellers G-clamps with soft metal faces (and not elastic bands, sticky tape or masking tape as I’ve managed to glue all of these to the plastic models in my youth!) Once the switch is held temporarily, turn it over and make sure it still works (and doesn’t rattle!), then, when satisfied that all is correct, turn it back over and using sparing amounts of liquid glue (and being aware of where any excess will run) glue the baseplate to the trackbed.

As all the internal moving parts are plastic there seems little to be gained from attempting to lubricate a “sticking” switch. The “sticking” is most likely to be cause by wear on the bearings/sliders or from foreign matter causing an obstruction. If the former, there is very little that can be done. If the latter, a strong blast of air (from one of those cans of air for cleaning computer keyboards) is probably a better bet as most lubricants (being sticky themselves) will only cause the foreign matter to combine into larger obstructions or aggravate the situation by attracting dust, etc into the internal mechanism. Also, the most obvious places to apply lubrication (in the switch running groove, on the lever rod bearings, on the switch wheel bearing and slot and under the trip levers) are almost impossible to reach without disassembling the switch.

On initial inspection the design of the internal mechanism seems brilliant – economy of parts, reuse of parts between left and right switches and simplicity of function. However, I believe that there is a major design flaw in the design that failed to allow for normal wear over the life of the switch. The position of bearing for the lever rod on the switch wheel is very close to a point of singularity. This means that as the bearings wear the mechanism (when activated from the trip lever on the curved branch running rail) can either change the switch rails to straight or lock them in position.

Do you need to replace everything?

The only internal parts needed are the switch wheel and spring. With just these two parts the switch rails can be moved from straight to curved to straight by “the big hand” and will lock in position. Adding the manual switch enables the switch rails to be changed from the side and adds the possibility for motorised/pneumatic operation. The curved branch trip mechanism seems to cause the most problems (and was totally jammed on the switch I disassembled that gave rise to this document) and is beginning to fail on a number of other monorail switches I have. I therefore omitted the trip lever and connecting rod when I reassembled my switch. This is not a problem for me as the curved branch of this switch enters a siding, so a train should never be set to run through it when set to the wrong direction.

Not the answer you're looking for? Browse other questions tagged piece-information monorail or ask your own question.

6
Which subtheme did the "Space Monorail" sets come under?
12
How many hours of travel does it take to wear out LEGO monorail tires?
6
Fix for monorail sticking at monoswitch?
4
How long does official Lego monorail track last?
11
Why was monorail offered the way it was?
2
Wiring diagram of this blue 12V switch?
10
How can I build a brick-built monorail track?
13
Why did LEGO switch the direction of flag elements in 2008?