In this build from the World Builder game, it appears the blue and green stripes running up the length of the tower take up 1/3 of 4 studs. Is this or a close enough approximation possible to achieve, or is this just artistic liberty from the game designers? I know a plate is 1/3 of a brick height-wise (3.2 / 9.6 mm) but apparently is 2/5 width-wise (3.2 / 8 mm). So stacking plates horizontally it in theory could be approximated by 3 plates, 4 plates, 3 plates.

You're right. They cheated.

This youtube video shows the Robot Lab from a different camera angle. 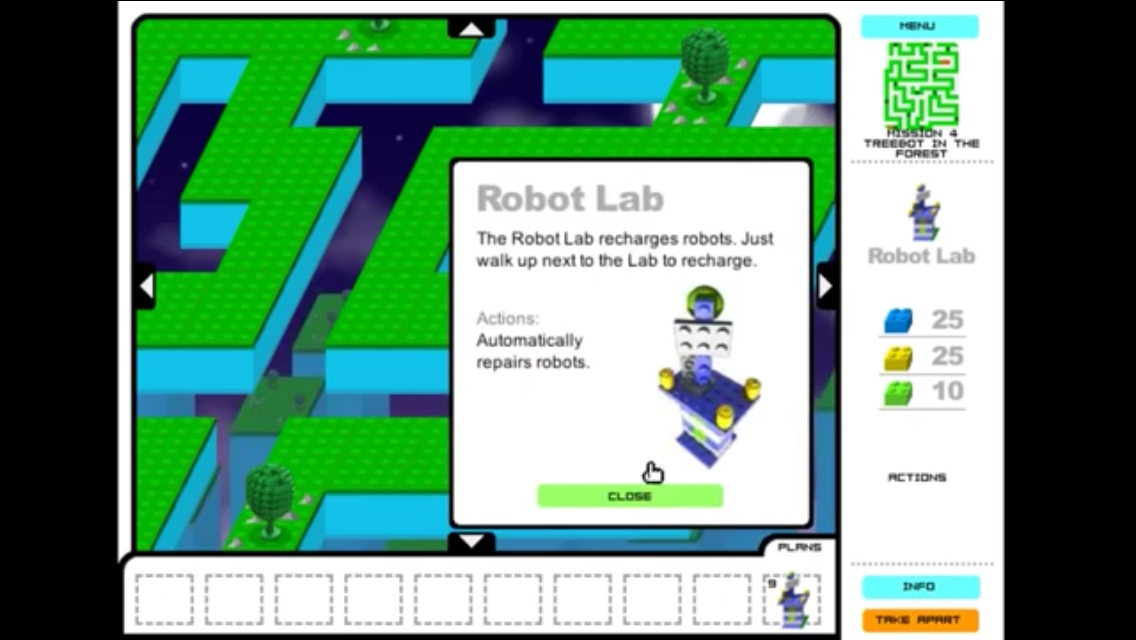 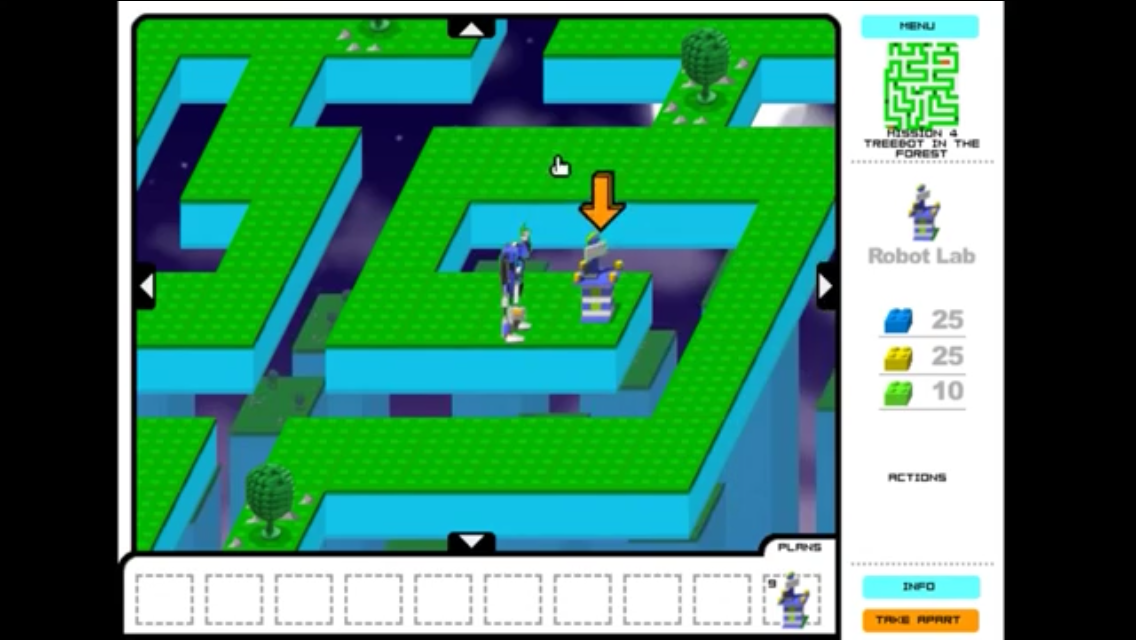 Here you can clearly see what looks like three 1x2 bricks on a 2x4 brick of the same width. Cheaters! Boo! 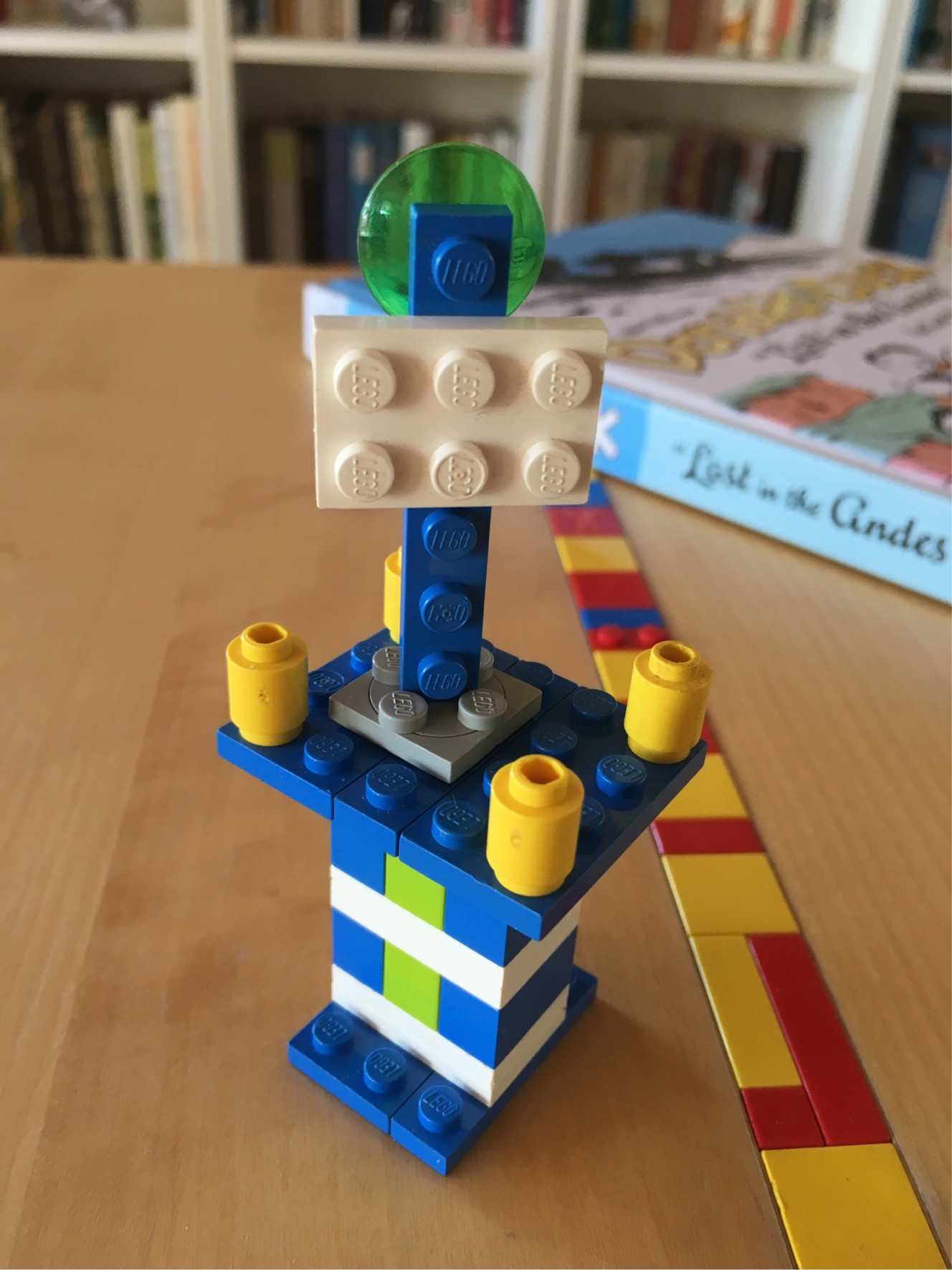 I also think there's some funny business going on there in that model, and in a few other models.

For fun, I built it in BrickLink Studio (or at-least, how I think it would be built, my answer here has the instructions) and rendered it from a couple of angles. While it didn't give me enough control over the camera to reproduce the perspective exactly, I think it's close enough to determine something is off about their render. 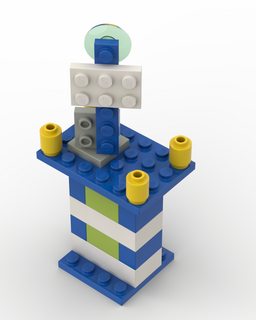 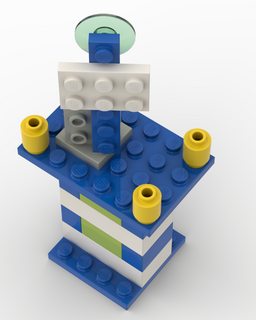 If the green part were twice as large as the blue, I would expect it to be almost-exactly twice as wide in those renders.

Some of the other models appears to have odd scaling on some of their parts too.

The printed slope on the Gas station appears to be a 2x1.5 corner slope for example (how would that fit over the studs?).

It's even worse on the Marina, where that piece is now sitting halfway over studs in both directions, in addition to the stilts being too tall for a single cylinder brick.

I also think there might be some cheating in the Steamshovel and Freighter and maybe some odd scaling on the Snail, but they are too low-res to be sure.

My guess would be that Gamelab's 3D models had some cheating where they re-scaled certain elements in impossible ways.

Not the answer you're looking for? Browse other questions tagged size video-games or ask your own question.

8
Which computer games came in jewel cases with LEGO studs?
7
Why isn't the LEGO logo on studs in more official computer animated shows, movies, and games?