I have a LEGO MINDSTORMS Robotics Invention System 2.0 (3804) that I acquired back in 2003 (17 years ago), and the wires have become grey and brittle. 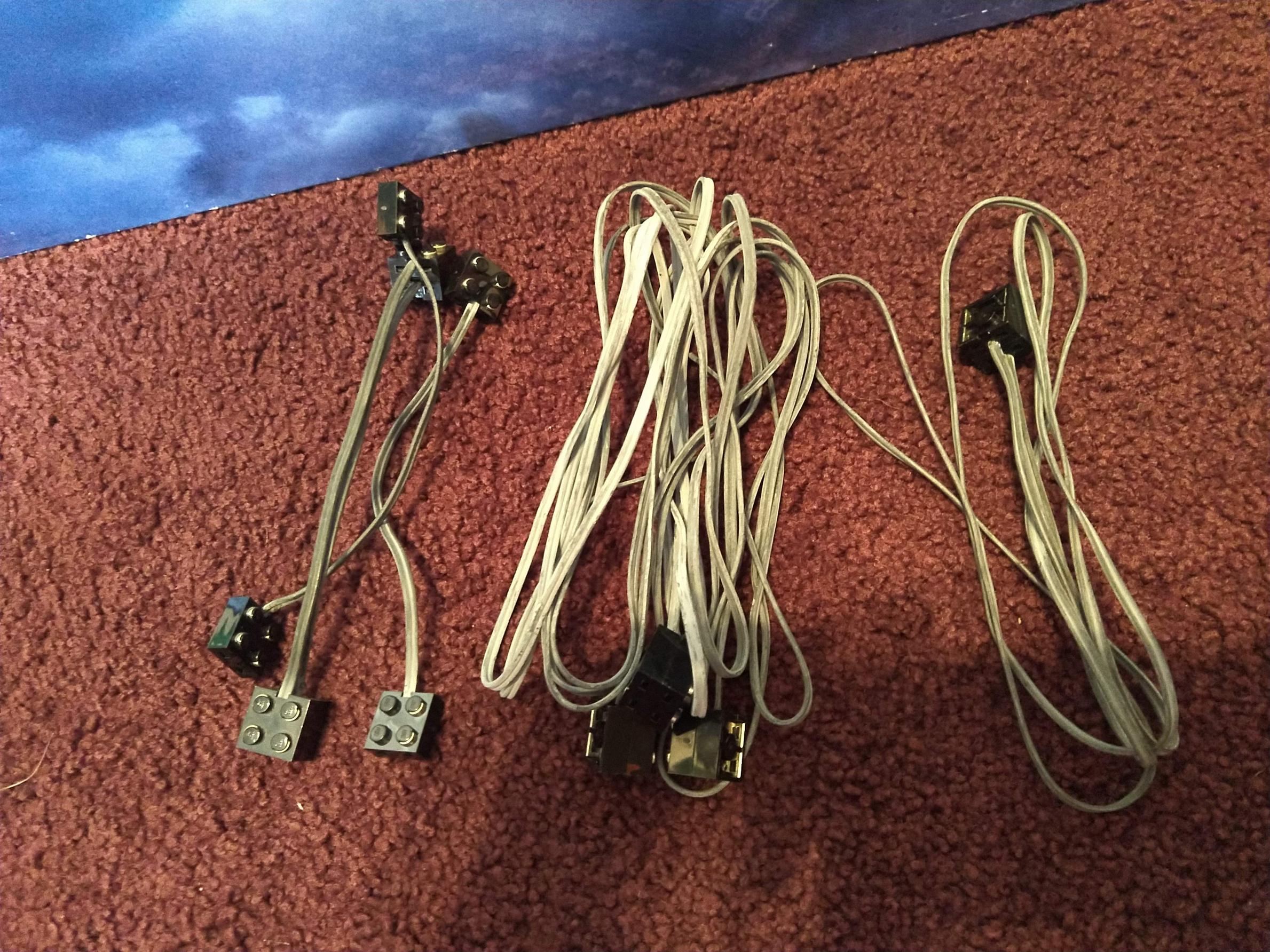 The wires used to be black and smooth, and stayed that way for a solid 10 years until I stopped playing with this set in the fall of 2013. Last summer (July 2019), I got it out again for the first time in 6 years, only to find that the wires had become grey and brittle. I tested them, and they seem to be working, but I don't know how much longer that will be the case. At one point, I yanked on one of the wires a bit when detaching it from a motor, and it broke very easily. Clearly, even though the wires still work, they're not as versatile as they used to be.

Any ideas what caused this? Was it the long-term storage in the box? Was it that there hasn't been any current running through these wires in years? Or is it just inevitable that this will happen as the set ages? They've been in the box, sitting in a room at room temperature for several years.

Has anyone else with an old RCX-era MINDSTORMS set experienced this problem? Any suggestions on what can be done to stop or slow the deterioration of these wires, or perhaps even reverse the effects? It would make me sad if I couldn't use this set anymore. I had a satisfying fill of fun with this set from age 6 to 16, but I'd also love for my future posterity to get to enjoy it.

This is a common issue with the older Lego 9V cables. Lots of sources, including myself, have experienced the same thing - this particular chemistry of insulation ages poorly, no matter how well it's stored. Cables made later, circa 2004-2006 don't seem to have this issue - the insulation is less rubbery and more plasticy, and is still shiny like new to this day.

As far as repairing them goes, it's fairly simple and cheap, albeit a bit tedious. See this reddit thread and this YouTube video. The procedure which worked for me is as follows:

As I said, it's tedious, but this procedure is effective and creates a strong connection between the cable and the connector body. I'm currently repairing about 40-50 wires using this method to get a little more life out of a Mindstorms classroom set.

The RCX light sensors from this era suffer a similar problem because their cables are attached to the sensor body. They can be successfully repaired in a similar way (refer to that YouTube channel I linked).

At a guess the plasticizer used to make the cable sleeving flexible seems to be evaporating. Perhaps this is common with natural rubber (latex) and vinyl based wires.

You could try the plastic restoration products but I am doubtful that you will achieve long term stability.

The LEGO connectors at the ends can be disassembled and the cabling replaced.

I have done this for some of my Mindstorms cables with mixed results as I have been unable to find twin lead ultra flexible wires that match the dimensions of the LEGO original wires.

Should we expect that everything that the LEGO Group offers for sale to last for 60 years?

While the answer by MindS1 is the standard solution that comes up with internet searches, I've found it is possible to use the wires usually used for Arduino jumper wires. These are slightly smaller than the original wires, which means they can be used without having to break off the ridges or forks.

I found it is possible to make a connection without soldering, however, after lots of experimentation, I found the I needed to strip the insulation off the end of the wire - offset slightly to match up with the forks - twist the wire, and fold it back on itself a couple of times, then with a fine tweezers and a bit of fiddling, they can be pushed onto the forks.

I also found that by using these, I could get the wire into the indent, and reconnect the backplate.

For the light sensor, I was able to remove the old cable - this does require desoldering - and solder on 90 degree male jumper pins which female dupont jumper cables can plug into. Although this does require cutting out an indent for the plug to fit in.

As said, it is tedious, and you will have to experiment quite a bit with the first one, but once you work out a method that works for you, then once it's done, it's done.

4
How can I get replacement Mindstorms NXT components?
6
Where can I download the software for old RCX-era Mindstorms sets?
4
Vision Command and Exploration Mars software for Mindstorms RIS 2.0
6
Lego 3804, Mindstorms Robotics Invention System 2.0 on Windows 10
6
Use legacy RCX sensors with EV3
8
Why do LEGO parts break?
3
Miniature Lepin box door stuck inside box itself