What did Lego set instruction manuals look like in the past?

Earliest date mentioned in this link is September 2008. Now knowing the age of Lego makes me want to know: what did Lego set instruction manuals used to look like? Because I am a millennial, that "Auto CAD" look is the look that I've always known to be the "Lego manual" look. When was this style first used? What did previous styles look like? How many previous incarnations of the Lego manual style have there been?

The earliest LEGO sets did not have any kind of instruction manuals, since they were sold as sets of building blocks, without any specific models in mind. 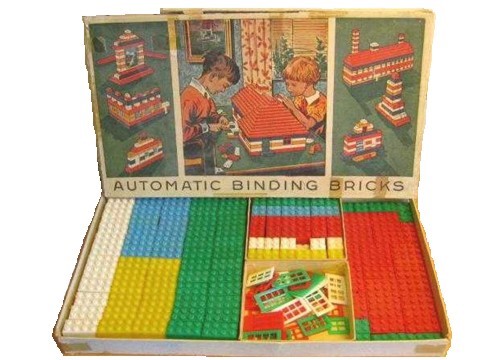 In 1955, the first sets have arrived that were intended to be built as some specific model, like 1237-2: Service Station

I can't find any instructions for this one, but two years later the 1306: VW Garage had four steps on the inside of the box to aid in building: 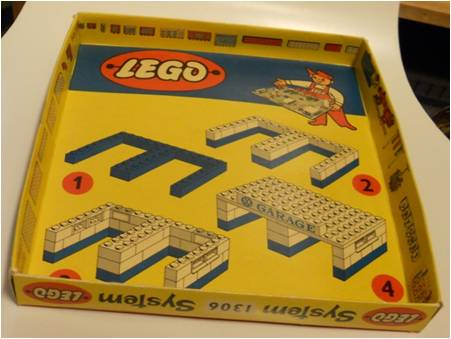 A newer example from 1965 is the 320: Airplane set, which had a four pages long instruction manual of which two pages were inspirational images of alternative builds: 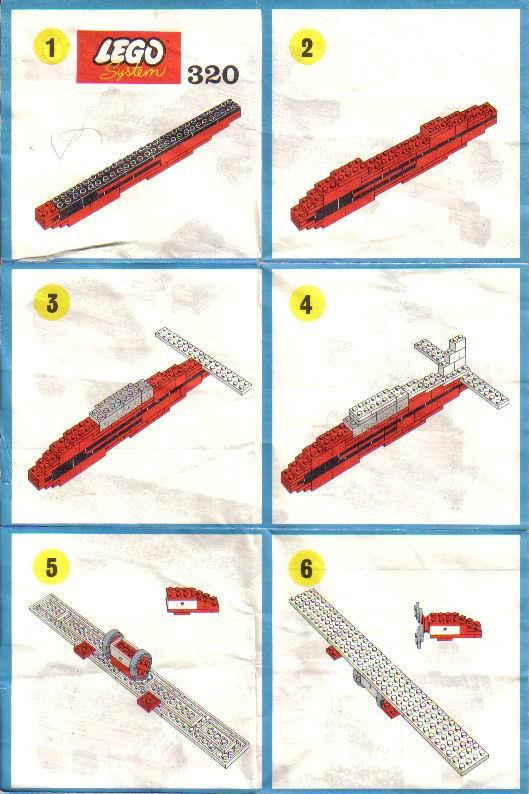 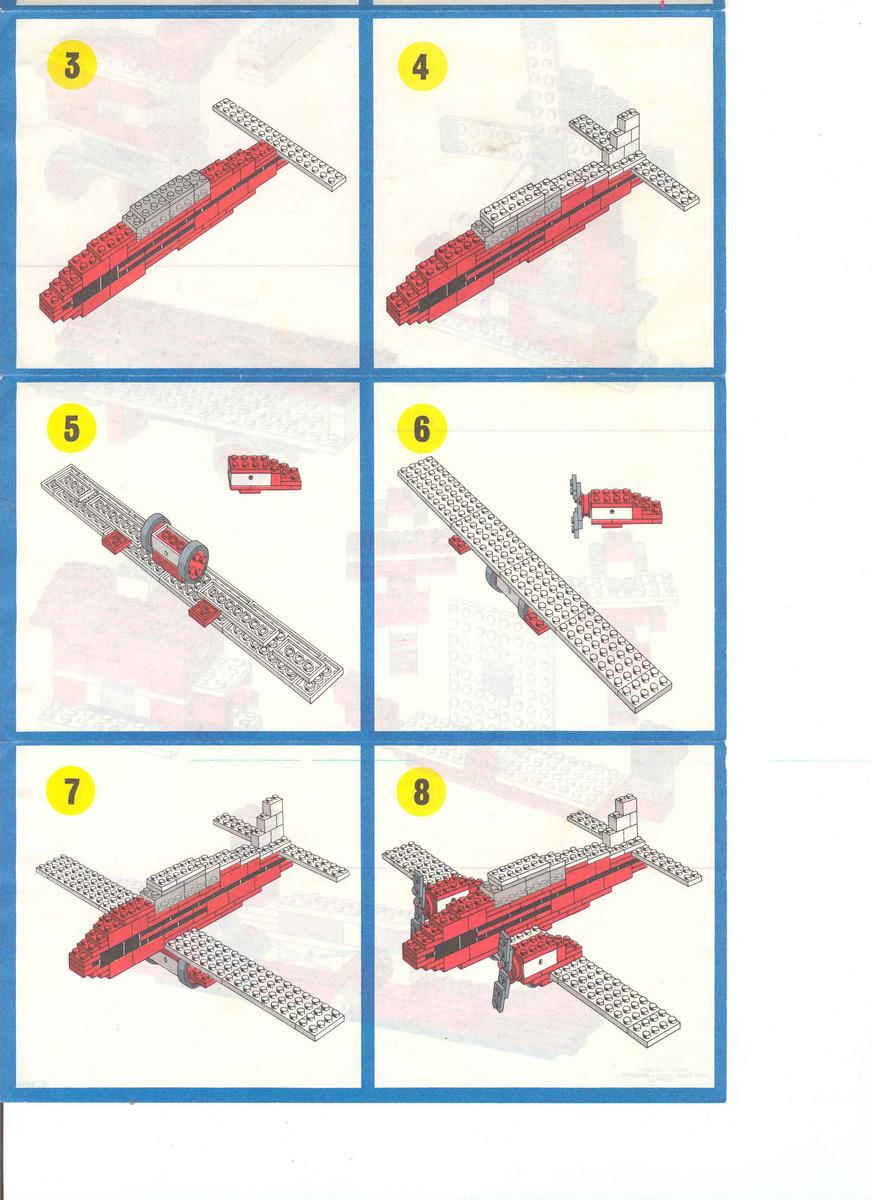 Jumping another ten years ahead to 1975, we see that the instruction manual for 253-2: Helicopter and Pilot has a whopping 3 pages dedicated to the main build: 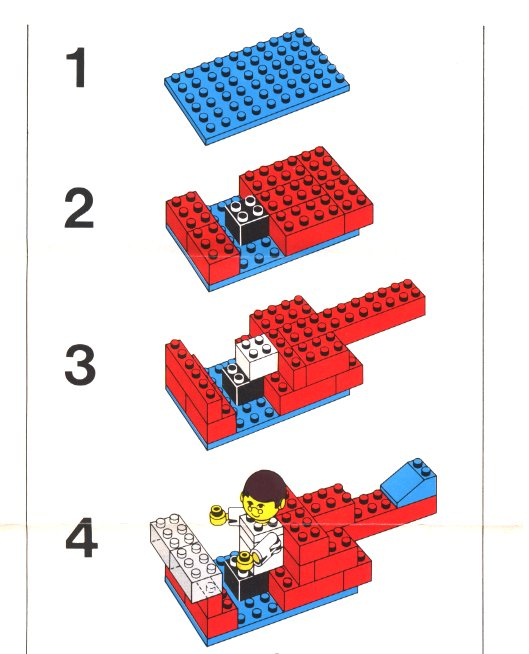 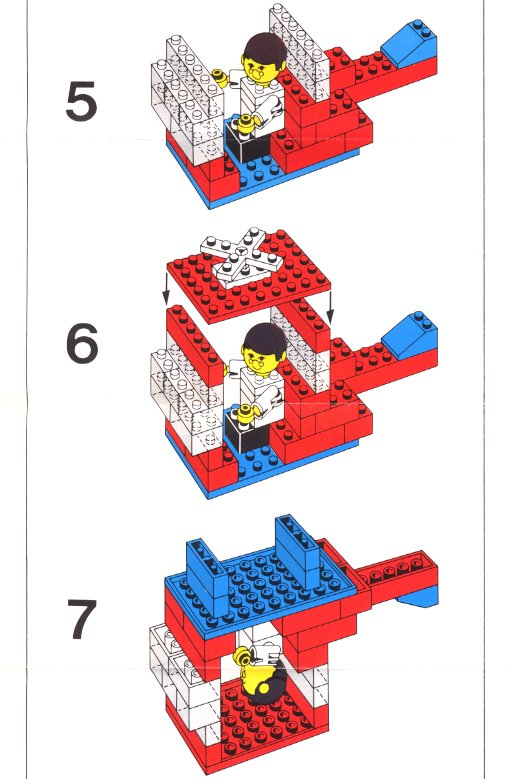 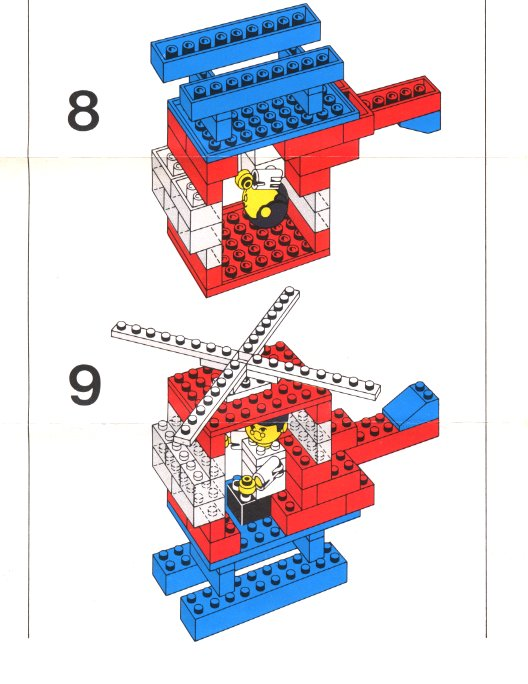 Further 10 years into the future, a representative set would be 107-2: Mail Truck, whose assembly instructions do not differ significantly, just get a bit more detailed: 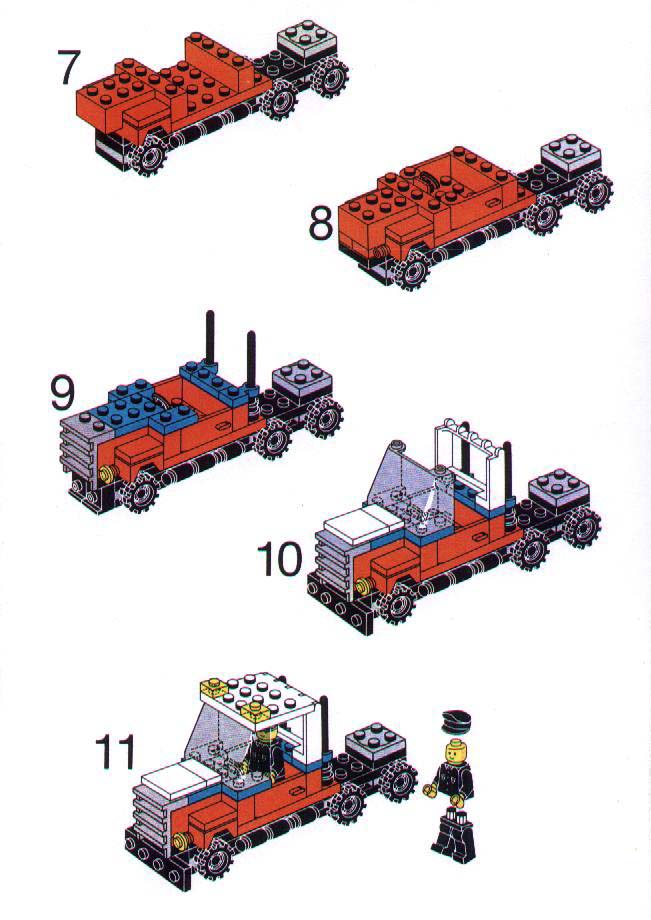 By 1990 we get to the most complex style yet, with stepwise part lists and insets in insets for the Technic and the similarly complex Model Team lines, like for example the instructions for 5590: Whirl and Wheel Super Truck: 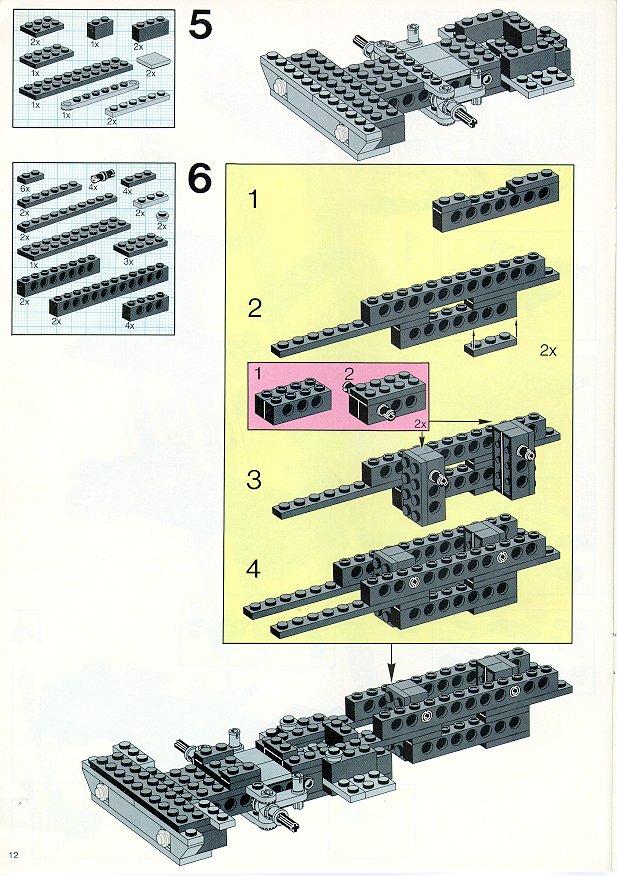 From there the style is basically unchanged, and the trend is to use fewer pieces per step, sometimes "sacrificing" a whole step just to show the model being flipped or rotated.

Based on my experience throughout pretty much the entirety of the 90s, they didn't really look all that different back then regarding the style, what you would call the "Auto CAD" look I guess.

The primary differences are that they didn't list all the required parts for each build step (although Technic already did that back then, presumably because Technic was generally more complex than System), nor did they highlight where the new parts were to be placed. You basically had to visually compare the images of the previous step (or your actual build) and the new step and figure out which parts from the big pile (there weren't build step sorted bags either) you had to place where. Together with sets being smaller and (maybe, but that's hard to say) using more pieces per build step this generally made instructions a lot thinner than they are today. A 600 parts castle that would be regarded the peak of size and complexity (at least in System) in the early 90s basically had a 30 page instruction.

This might have made the instructions more difficult than they are today, but in general the sets also had fewer pieces and less complex building techniques. They were still sufficiently easy to follow, but today's instructions really are entirely foolproof (though, I don't have any experience with modern Technic sets).

The scans of vintage manuals you will find online do not do justice to the quality of the original printed copy.

The fans that have made these scans have done a great job but if you have not held one in real life it's impossible to adequately describe the difference.

The 8480-1 - Space Shuttle from 1996 is a Technic model is one of my favorite sets of build instructions for a "vintage" set.

It seems that there are several styles that The LEGO group uses depending on the intended audience for the instructions and what impressions they want the builder to have.

I believe that LEGO designs all aspects of their sets to provide an enjoyable experience for decades.

13
How were these building instructions from the 1970s produced?
18
How are the LEGO instruction manuals made?