The alternate model for the 42105 Technic Catamaran set looks a lot like a remote-controlled speedboat. 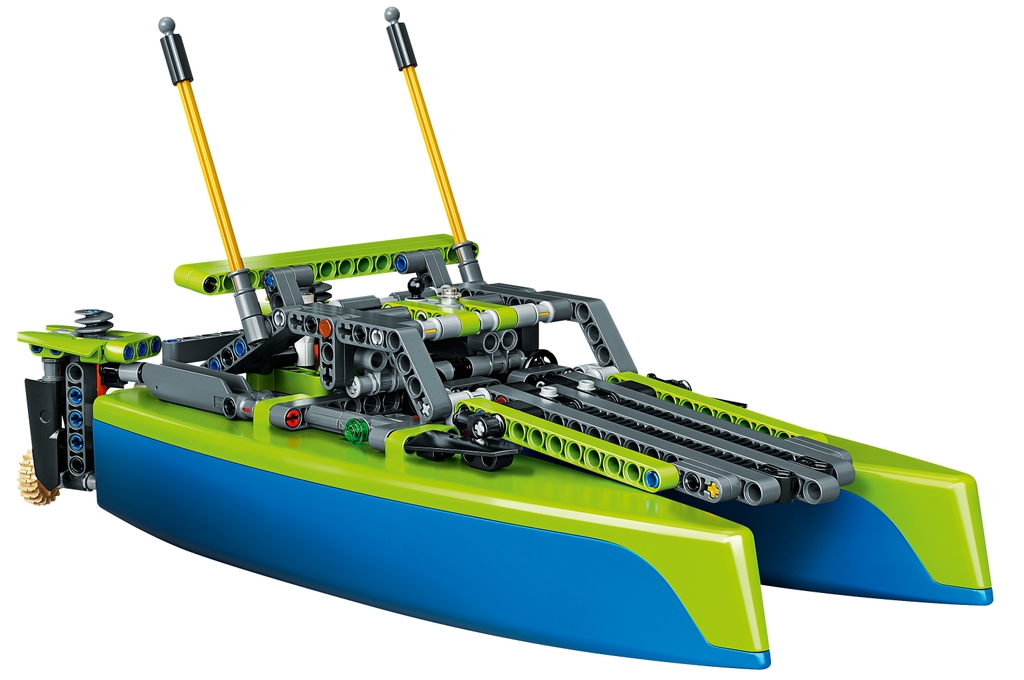 This set doesn't actually come with any motors, or even propellers, so obviously this model isn't functional. So what would it take to make a motorized RC speedboat from this set?

With a few Power Functions elements and a pair of propellers, I was able to build a motorized boat similar to the alternate model.

See it in action! 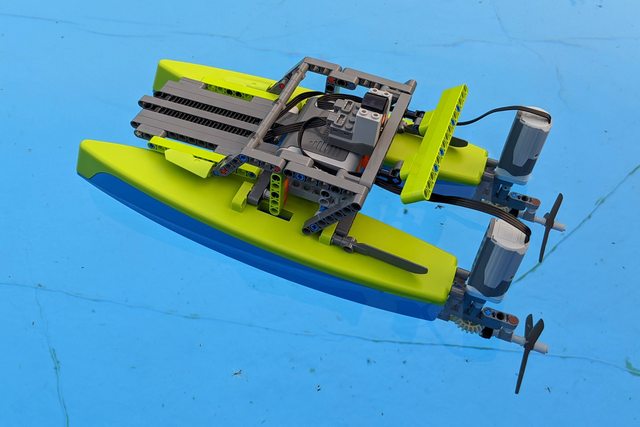 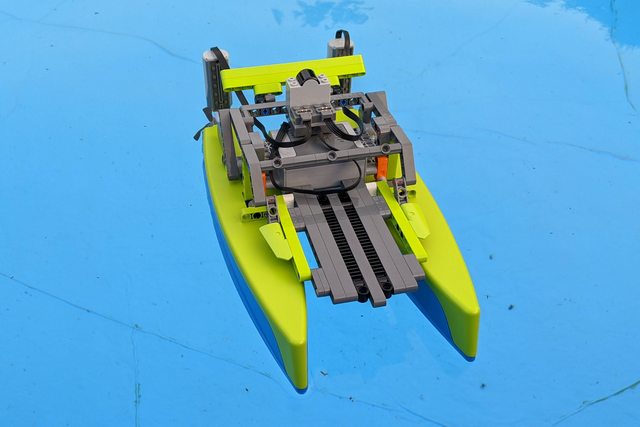 Close-up pictures on how it's built 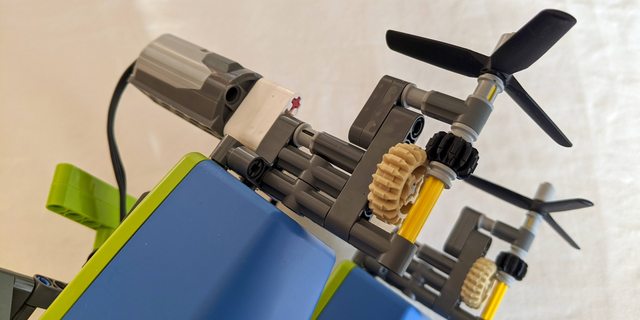 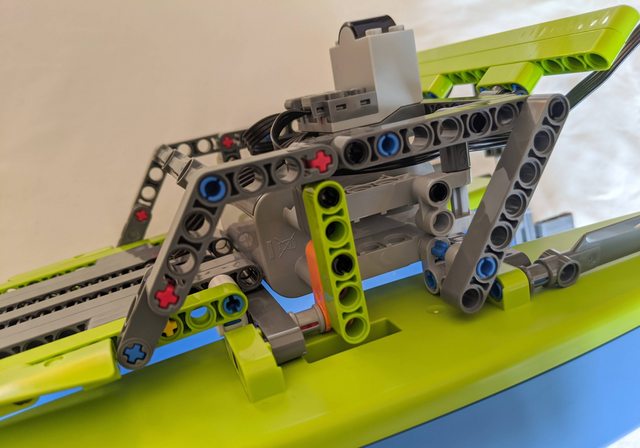 Overall it works pretty well, and the hulls are surprisingly resistant to water leaking inside of them. The only major issue is that direct sunlight can interfere with the IR receiver at a distance. As an alternative, the IR receiver and remote could be substituted with something third-party like an S-Brick (uses Bluetooth). I didn't have any of the smaller and lighter LEGO Powered UP controller and motors, but with some redesigning that could also be an option (also Bluetooth).

I also hope that someday LEGO will make some propellers which are a better size/shape for use with water, and maybe this boat could go a little faster!

19
How would you make a good pivot-arm suspension?
16
Is this element some kind of Technic connector?
13
How to start with technic?
6
What is wrong with a Lego pneumatics system that won't go?
9
Technic 8858 Rebel Wrecker alternate model impossible to build?
12
How can I motorize 42077 Technic Rally Car with LEGO Power Functions?
5
Is this black and red speedboat model from an official set or a MOC?
4
Is this a LEGO part? It looks very similar to a technic axle connector 2x3 with ball socket
25
Is it possible to build a working 100% LEGO glider with the Technic Catamaran sails?
5
Are there any existing (or upcoming) aftermarket PoweredUp hubs?