Is this an error in the updated Harry Potter Diagon Alley build/instructions?

In building the back of Ollivander's shop, we seem to be building some type of shelving unit: 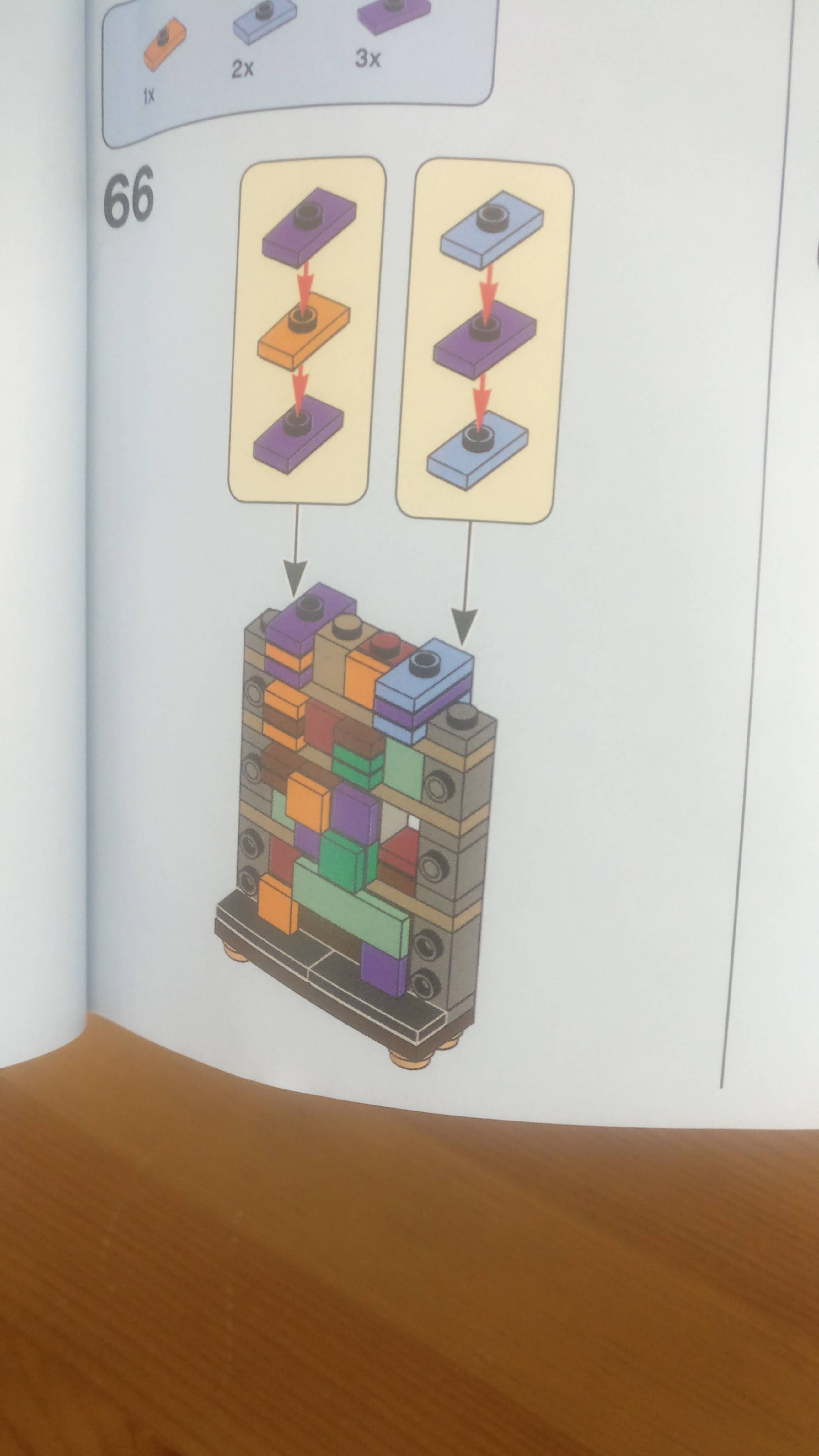 Notice that the pieces just added stick out from the back a bit.

But later, the directions state to place the back of this shelving unit flush with an already-built wall: 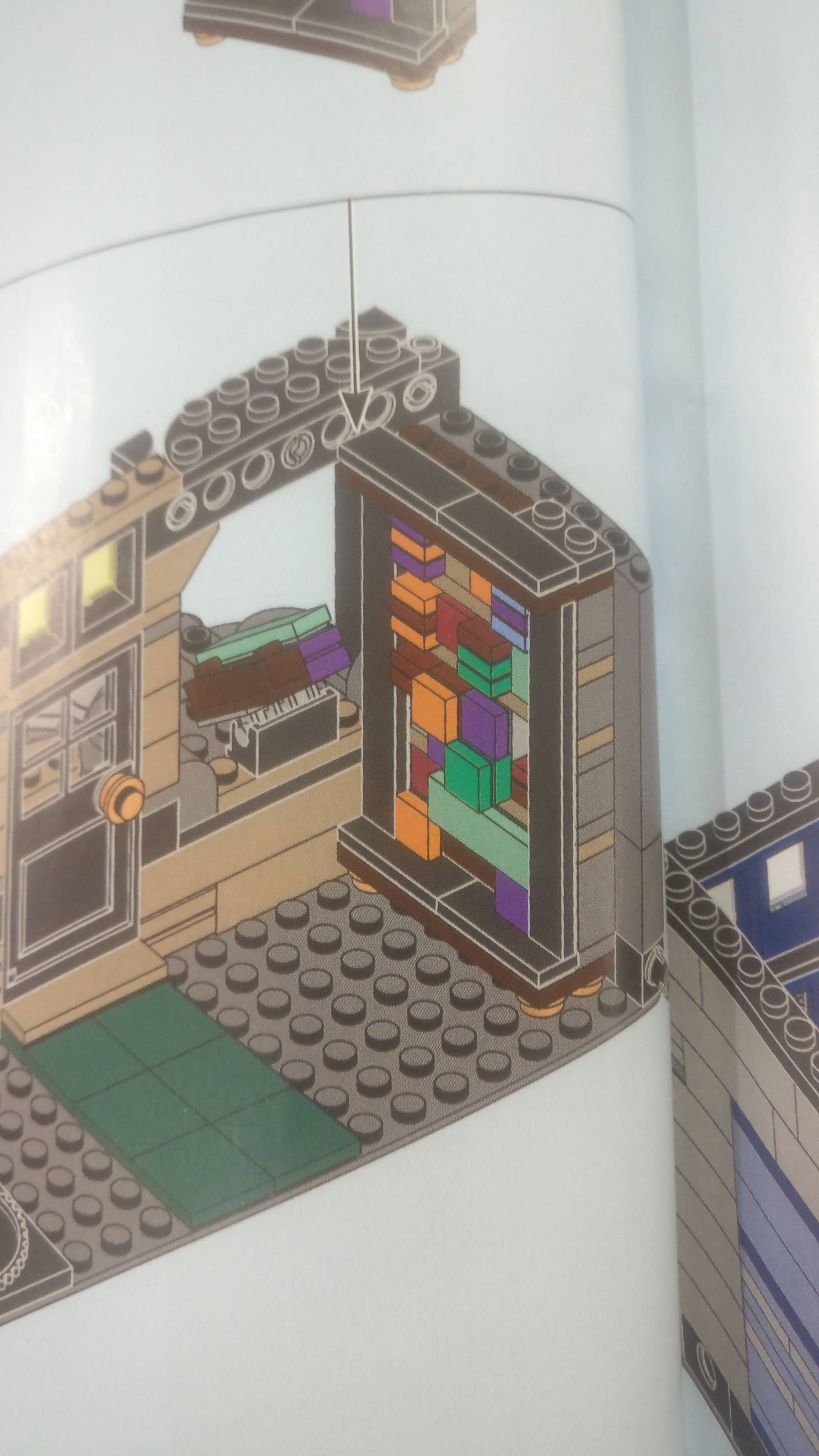 This isn't confusion regarding perspective; later we see that we are to connect this shelving unit with the wall: 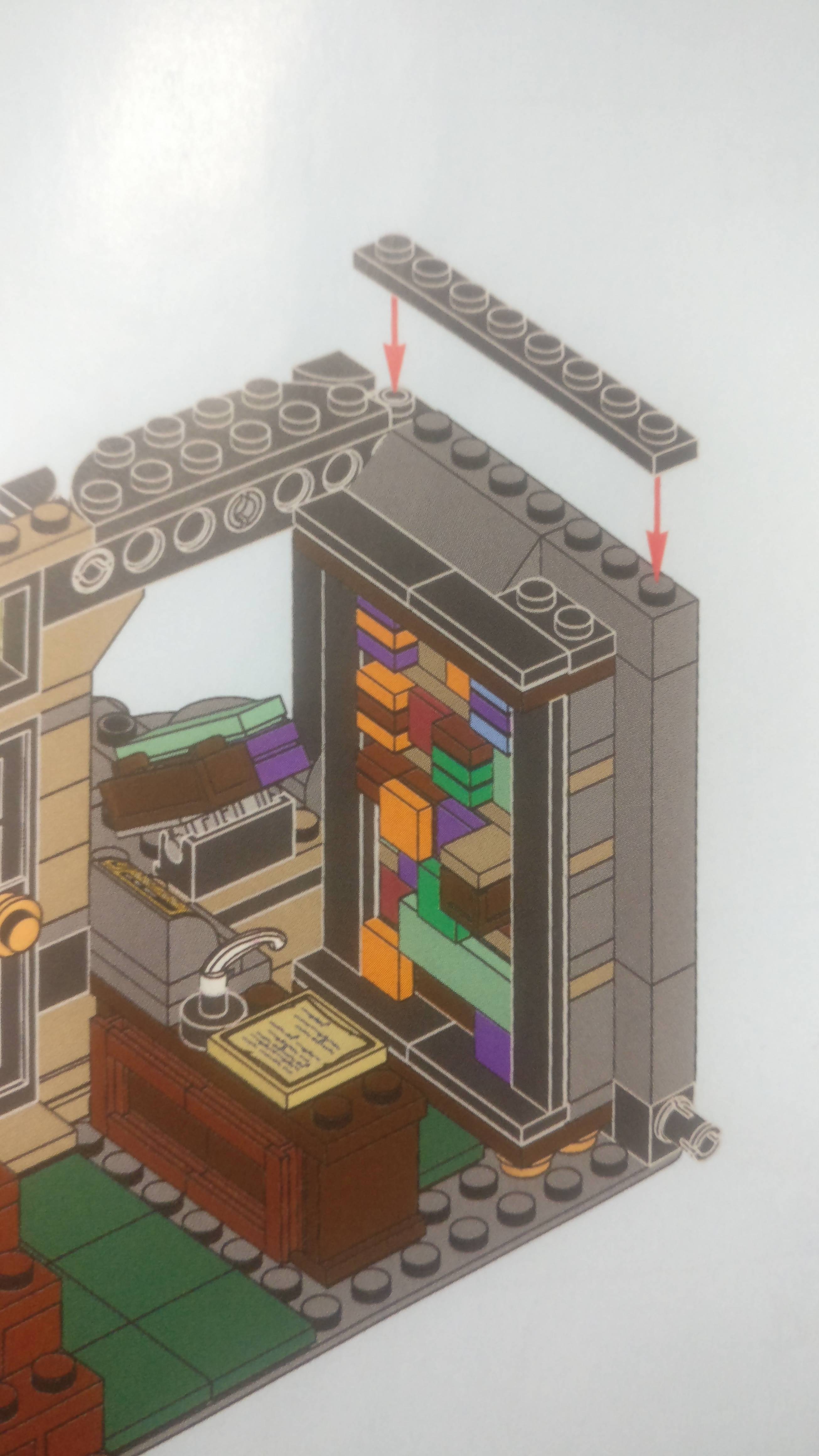 But how are we supposed to make this shelving unit flush with the wall if there are parts that stick out of the back of the shelving unit? Note that the wall is a single solid piece with no holes for these parts to stick into.

I've considered moving Ollivander's desk so that I can move this shelving unit forward (to the left), but this then prevents connecting the structural beam from the staircase to the wall (see step 108 in the directions; my image is too large to share). Moving his desk also prevents the staircase from rotating into the shop.

Am I missing something, or is this indeed an error? If it is an error, how have others solved this issue?

The wall behind the shelving unit is not a standard wall built with regular LEGO bricks, but a panel, which is hollow on one side.

The parts that are sticking out at the back of the bookshelf are accommodated by the hollow of the panel.

My guess is that you attached the panel backwards with the flat side facing in, instead of out. Look at Page 37/Step 48 where the panel is attached. The hollow part should be facing in.

Not the answer you're looking for? Browse other questions tagged building instructions harry-potter or ask your own question.

6
LEGO ideas (with traditional bricks)
3
Chamber of Secrets set 4730 assembly issues
2
Some LEGO elements not attaching as usual
3
Instructions or details for the buildings in Set 190
5
Fan door does not close completely - Air Race Jet
8
Is this non-disassemblable LEGO instruction step real?
6
Bugatti Chiron - loose connection to wheels
8
How can I complete the build of this Lunar lander from the Space and Airport Set (9335)?
12
Which current wave (2018 onwards) Harry Potter set should I buy to make 12 Grimmauld Place?
8
Which Harry Potter sets are these?