There is this strange wheel-like piece consisting of two pieces snapping into each other and offering to insert both axles from both sides, as shown in the first image.

What is the purpose of this part instead of just using a straight axle? I see that the holes for the axles are twisted by 45° between the two parts, but for that purpose, a much simpler part similar to the tubes joining two axles could be designed. The only purpose I can vaguely imagine is that it's sort of a clutch limiting the torque to prevent damage.

I particularly wonder why this is used in the track roller of the Liebherr excavator (42100 set) as shown in the second image below. 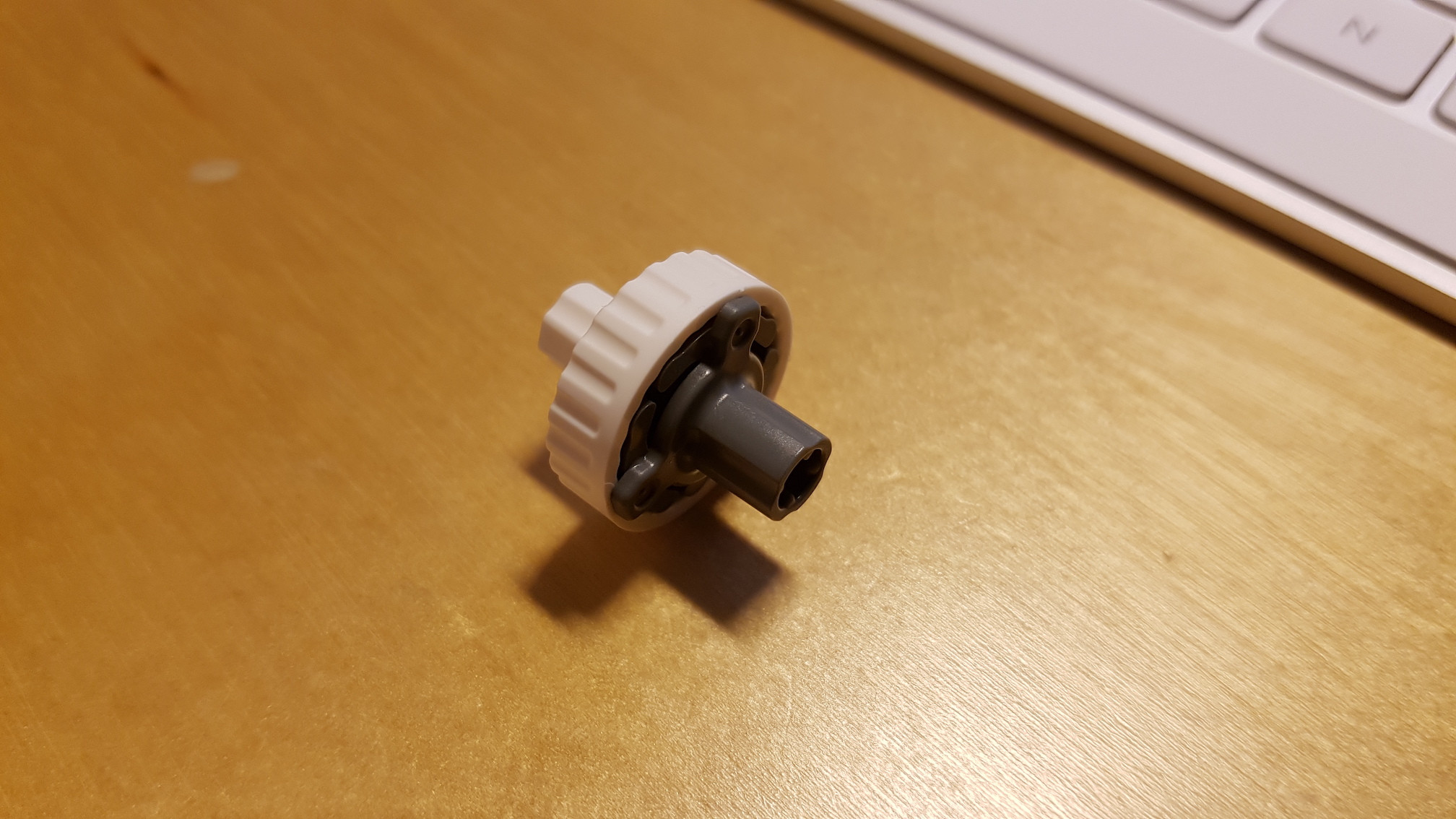 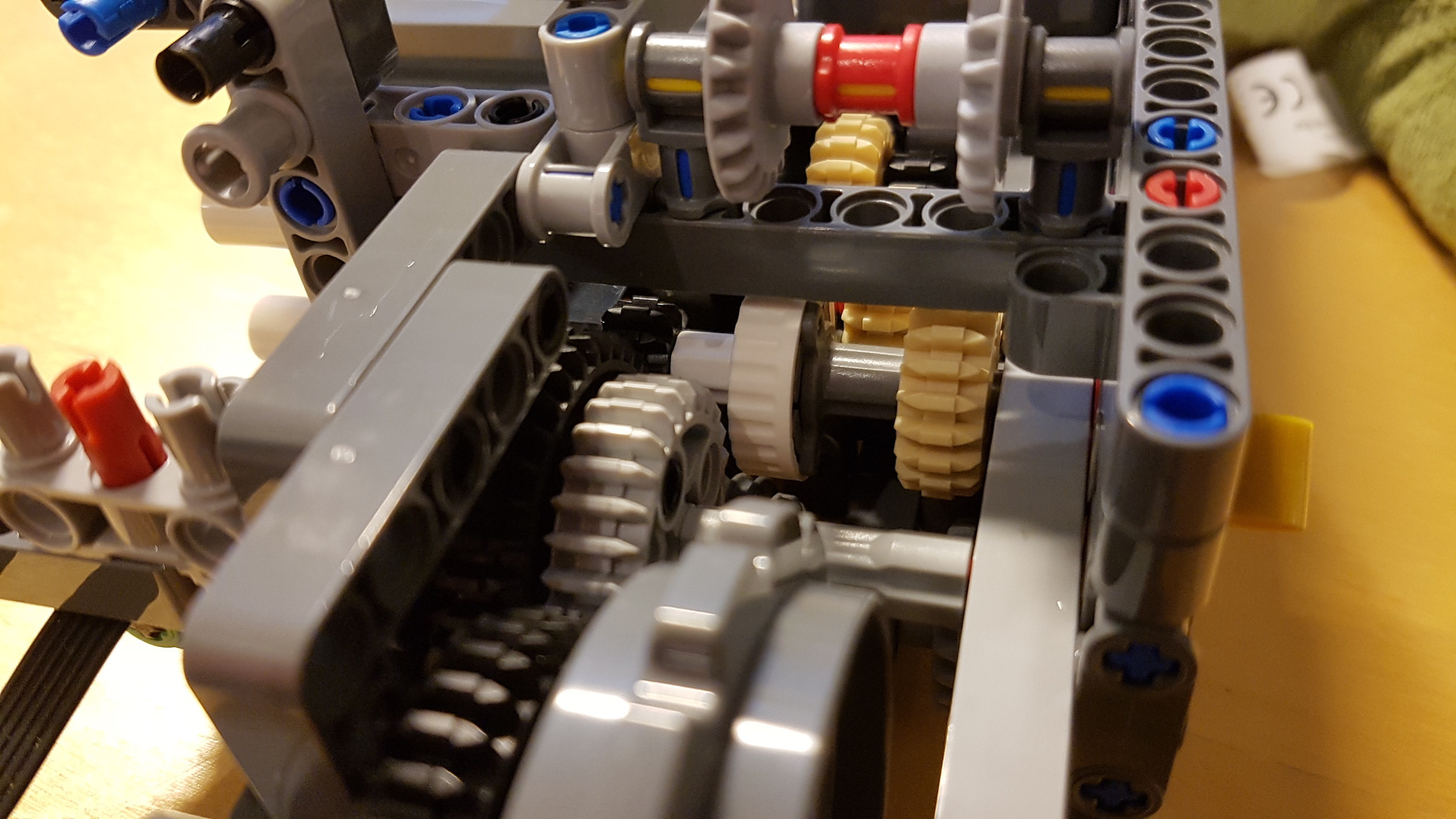 Step 45 of instructions for 42100 set shows entire drive-train for one side of the tracks before it is being covered with some panels and beams. I've taken that image and have drafted a rough path between the motor and Tread Sprocket Wheel that will then transfer this motion to tread links.

As you can see Clutch is within this drive-train, so it makes clear that its main purpose is to prevent damage to gears when track get stuck.

If there were no clutch some of those 12T gears would get an increased load and could be damaged since torque is being increased several times here. 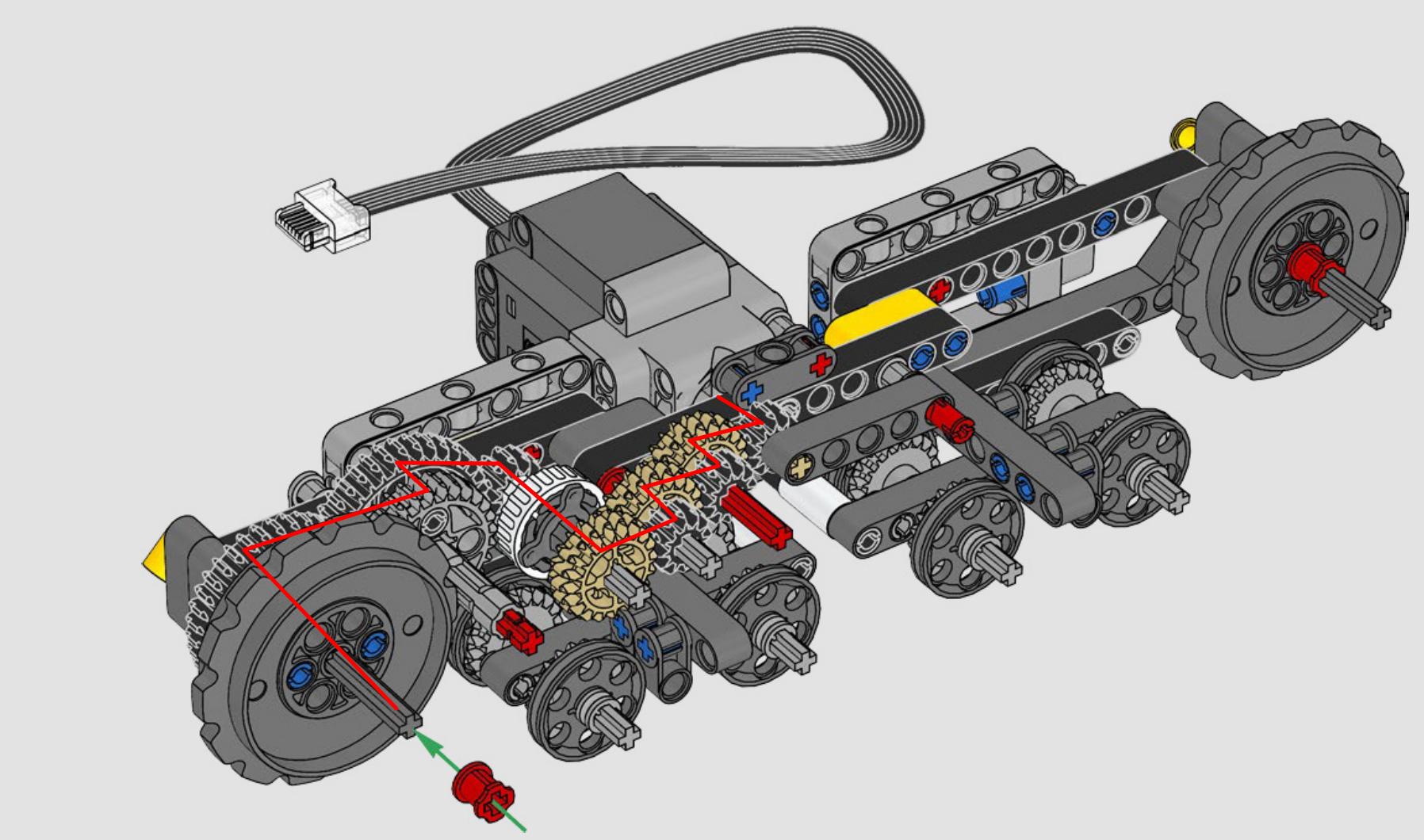 This is a torque-limiting component. When one side is prevented from turning but the other side is forced to turn, the inner piece comes out of its "click location" and into the next one.

It requires quite a large torque before it activates. You will not be able to generate the torque just by turning the two components with your bare hands. To see the effect, you may need to attach axles and large wheels, or lever arms, or use gears, or a motor.