Won't open the same way as other light bricks, and don't see any clips or a continuous line where it should open. Need to change the battery inside.

and this article on bzpower.com

How to Replace the Battery in Piraka Eyes

The battery used is a CR927 3V Lithium Battery placed + side up.

First, take a tiny flat-head screwdriver and place the tip of it within one of the two inward crevasses on the backside of the piece, and slide the head of the screwdriver up to the round circular portion of the piece which holds the battery. Once this is done hook the tip of the screw driver inwards and carefully pull up, the outward plastic of the second half may bend as you are doing this, however from my experience it is unlikely to be predominately bent in any major way or snap, but it's probably best not to bend it too much. Once the bottom portion of the piece has been separated you may continue to remove it, or just let it open enough for the old battery to be able to fall out and so you can place the new one in, + side up like the old one.

Once the new battery is in place snap the two halves of the piece back together, during this the battery may jostle around a bit, but just as long as you have a steady hand it's unlikely to misalign greatly, let alone fall out. Also during the process of snapping it back together the connection between the battery and metal prongs may activate, giving you a glimpse of the light emitted from the piece now. Once you have the two halves together into one with the new battery in-place, you can now test the light capability of the piece, and if all went well you can now use it properly again.

Found the instructions for set 8905 that uses this part. Problem solved: "battery is not replaceable". Disappointed ! 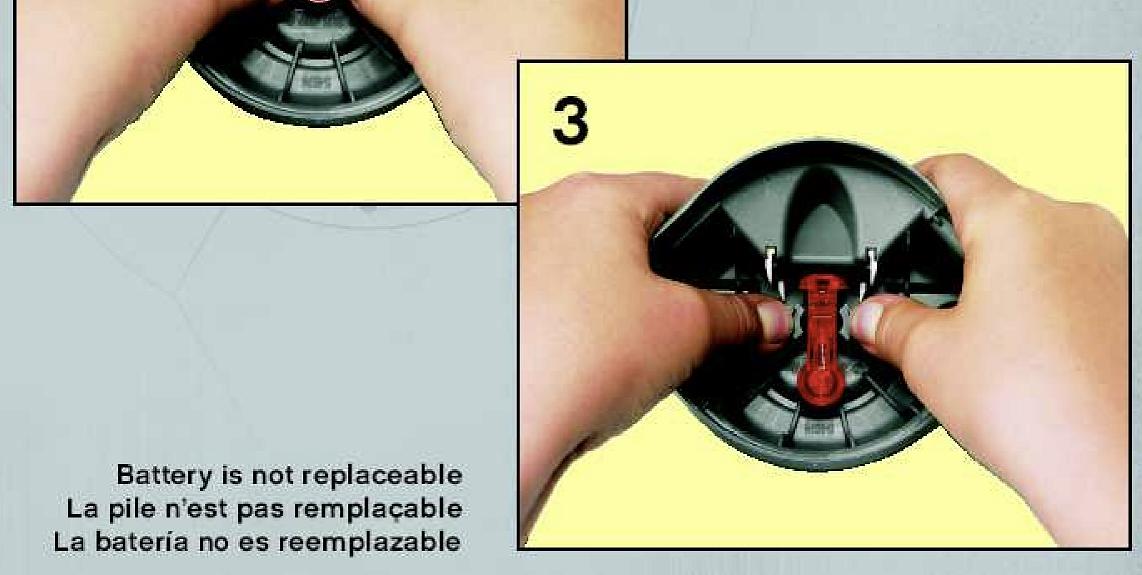 Not the answer you're looking for? Browse other questions tagged battery or ask your own question.

19
Is it possible to change the battery in a 54604 light brick?
11
How much depth does the NXT battery pack add?
8
Can 10153 9V train motor be powered by the Power Functions Battery pack?
8
Power Functions battery box and receiver limits
8
Classic 9V battery box current limiter?
7
Can anyone identify this dark grey remote control and receiver with yellow and orange buttons?
12
Replace Battery in LEGO Dino Attack Light-Up T-Rex Head?
1
Is the Technic hub putting the battery in series or parallel
5
Are there any existing (or upcoming) aftermarket PoweredUp hubs?
2
Is it possible to power supply an EV3 hub through the battery slot with 10 V?