Why isn't the LEGO logo on studs in more official computer animated shows, movies, and games?

In the LEGO Simpsons episode Brick Like Me there are many shots where the tops of studs are clearly visible but lack the logo- the smooth tops make them look like a cheap knock-off brand. A standard normal mapping technique could render the logos without much additional computing time there and in lower budget animated shows like Ninjago or the Star Wars specials, and possibly even the computer games, but I wonder if there are other reasons the logo isn't there — advertising restrictions? (If that's the case an illegible logo would look better than smooth.) 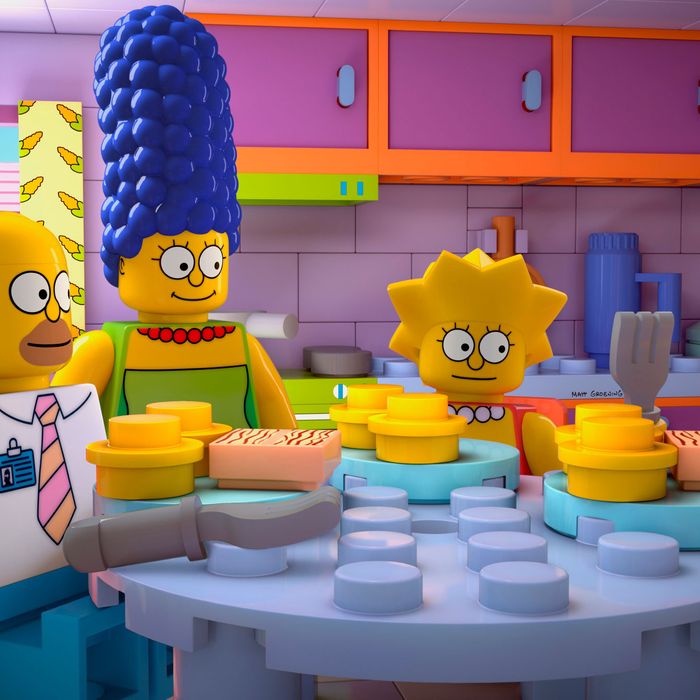 I can not give a clear answer for licencing, as that is a very broad topic covering various mediums and possibly covers legislation across nations and regions. There are a few practical design cases I can think of though.

For interactive media, games historically have had limitations on processing and graphical power. Early games, such as LEGO Island released in 1997 had extremely limited graphics (by modern standards) yet were still very effective at representing LEGO bricks and characters fully. 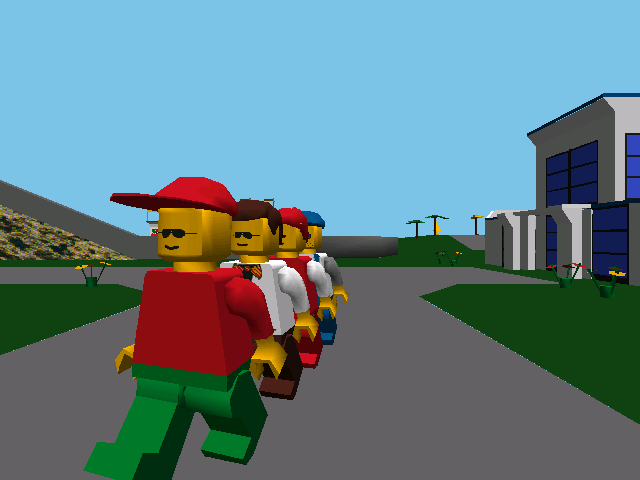 Rather than attempting to recreate LEGO pieces as realistically as possible, they aimed to make the characters and environment full of life, immersive and fun. Very important for a product aimed at children.

Many designers completely ignore the realistic limitations of the hard plastic joints and pivots of a real minifigure and went for a more expressive style. Arms and legs unnaturally contort to give more expression and dynamics to the characters. 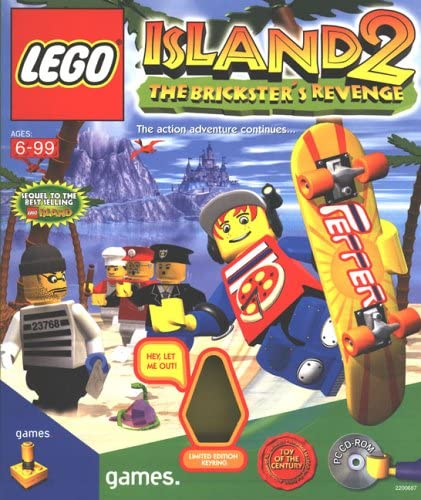 I believe the idea of LEGO bricks and what they represent to the imagination were considered more important to the physical aspects. Aside from technical limitations, the need to represent the bricks as accurately as possible just was not necessary and could even detract from the style.

It is even possible that rendering every individual stud on a brick could have produced a sickening Moiré effect as objects were moved around and their scale changed. This issue would be particularly worse at lower rendering resolutions.

The painstaking details, involved placing minifigures under microscopes to capture the seam lines, dirt and grime into the digital textures. The character Benny the spaceman for example, includes the broken helmet chin strap, a common defect of the space sets. 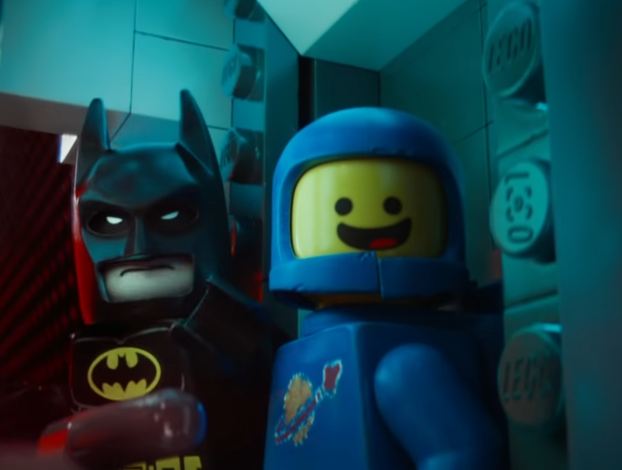 It seemed from the design brief, it was important to provide realism to capture the physical nature of bricks for the sake of nostalgia, in combination with having certain creative freedoms to still make the parts feel alive and animated.

I could quite easily cover many more examples but I think it would generally be the case that many production companies contracted to design these media by The LEGO Group would have their own production standards, guidelines and interpretations of the artistic and technical style.

Not the answer you're looking for? Browse other questions tagged video-games animation or ask your own question.

8
Which computer games came in jewel cases with LEGO studs?
6
How to distinguish official LEGO mini movies from non-official movies?