Trying to 3D print a birdhouse but need to identify plates

I found a birdhouse on Thingiverse (thing:1641240) I would like to print and build. It uses Lego plates for the floor and roof, but the problem is that the person that posted the design didn't include which Lego plates are used.

Here are the images from the files: 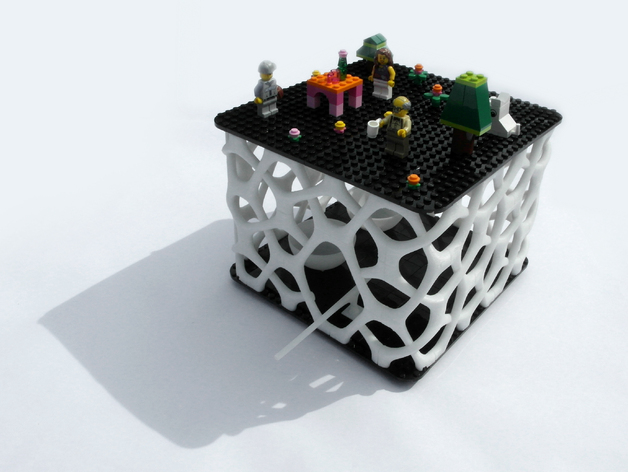 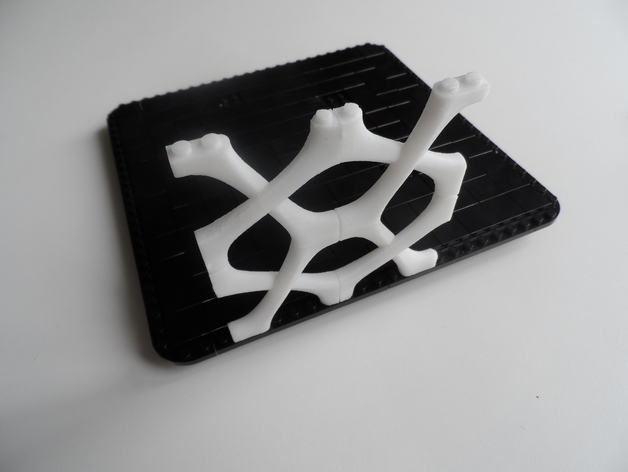 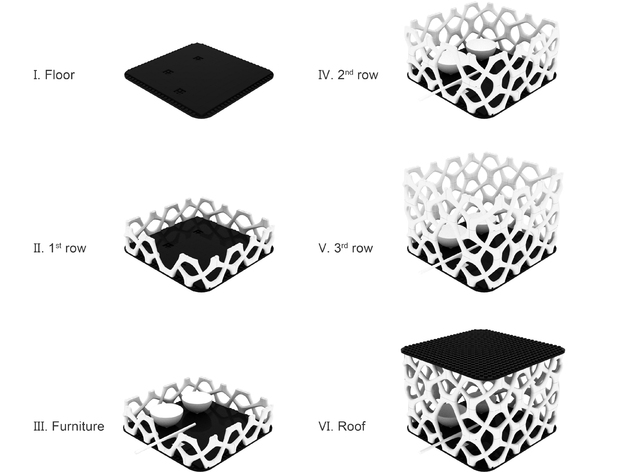 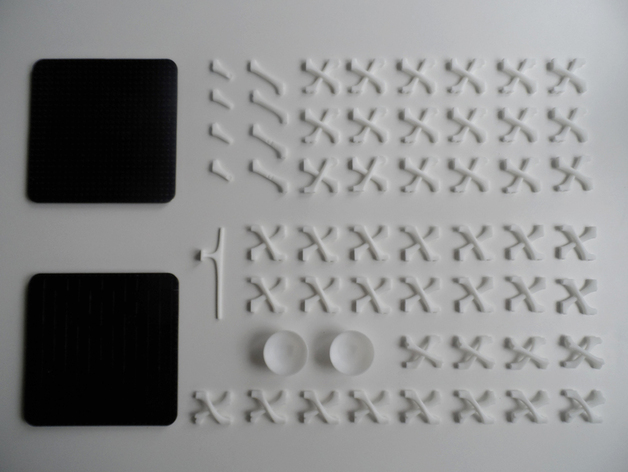 The floor and ceiling aren’t one piece. They’re made of four 30357: Black Plate, Round Corner 3 x 3 each with an assortment of other square/rectangular plates to fill in the gaps.

It looks like there are 20 studs between the corner pieces on each side. The second image you posted shows a layer of tiles holding the floor together. Presumably there is another layer of offset plates holding the ceiling together from the bottom.

Which pieces you select for the center of the floor/ceiling will come down to two factors: 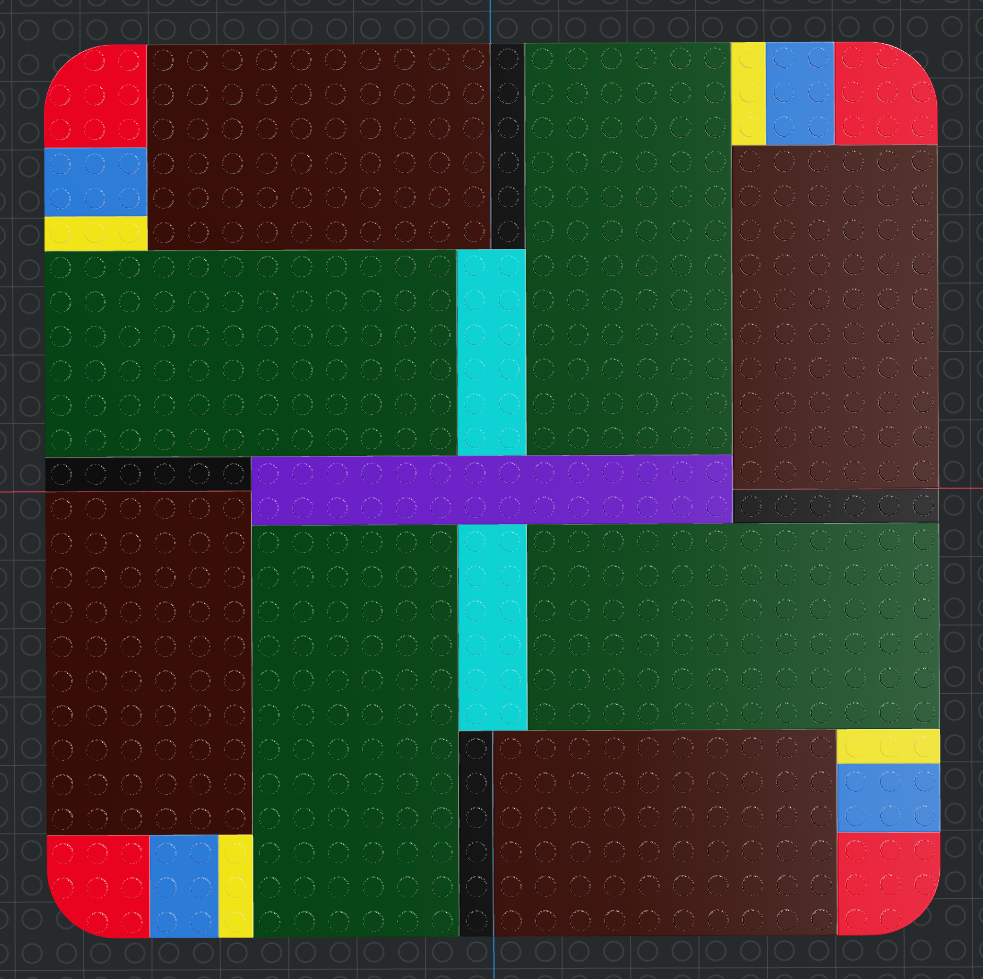 And a layer of plates you could place on the underside to hold everything together: 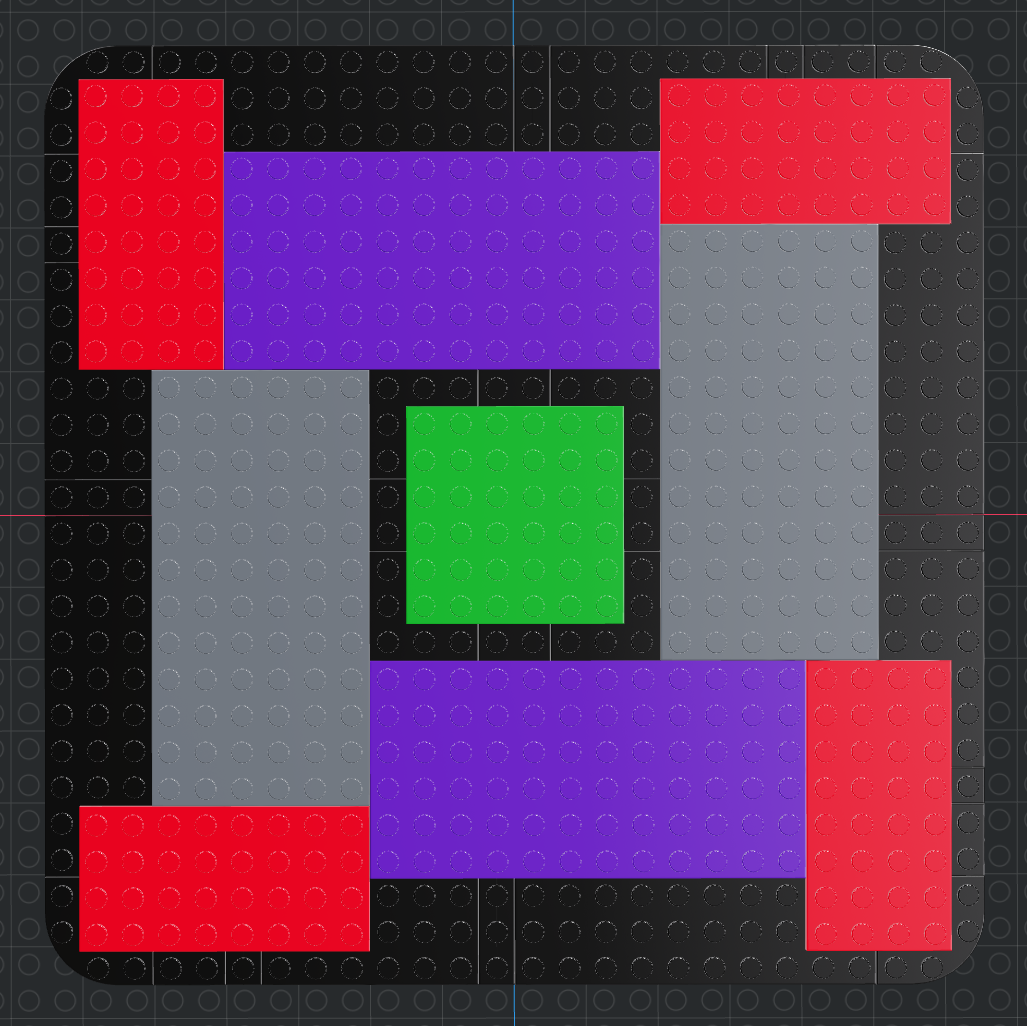 In these examples, every joint on the first layer is overlapped by at least two studs on both sides by the second layer.

Here's the parts list for this tiling, along with the cheapest price on bricklink if you're buying each part from one buyer:

Remember to double this if you're building both the floor and ceiling with the same layout.

Not the answer you're looking for? Browse other questions tagged part-identification piece-information or ask your own question.

5
Which bricks warrant an extra to be included in a set?
5
Why doesn't lego make many 2x2x4 Pieces?
4
Please identify these two kinds of Lego bricks (circa 1990's)
8
Can you identify this LEGO board game with square paper tokens?
8
Why are these hinged plates slightly different colors?
8
What came first? Print or sticker?
2
Are there LEGO plates without the word “LEGO” on the studs?
3
Which pieces were used to make the flexible mesh skin for the life size Lego Bugatti?
7
Connecting an axle to a stud on the ground for railings