How tall is a Lego train on a track?

I cannot currently access any Lego trains, and the product range offered in the trains category in these years is rather ... disheartening. Nonetheless, I do not rule out the possibility that things might look brighter again in the years to come, in time for my children to still enjoy Lego railroads.

While picking/modifying some furniture for my children's rooms, I would like to make sure the clear height undernearth is just sufficient for minifig-scale trains to pass through, so as to not obstruct any future tracks.

How many centimetres of clear space do I have to plan for?

Let's restrict this a little bit so it becomes a more well-defined question:

Furthermore, I'd like to suggest a reference list of sets that the answer should be valid for (though, as I'm picking these only visually, without any concrete trains at hand, feel free to suggest deviations or pick equivalent sample trains):

LEGO tracks are 12mm high, train wheels go below the true height of the track and so in reality only add 7mm of height.

The structure gauge (also known as clearance) tolerance will obviously be a lot lower than real life. You could perhaps get away with 1/3 a brick clearance but having at least one or two bricks height clearance at minimum is best.

Here are a few measurements for different types of trains.

I have used Bricklink Studio to render and calculate these measurements. The models used can all be found in the model library.

Dimension and weight statistics for models can be displayed under Tools > Mode Information so if you can find a model for the train you are interested you can check using this software.

Several of the trains include a diagram showing their size: 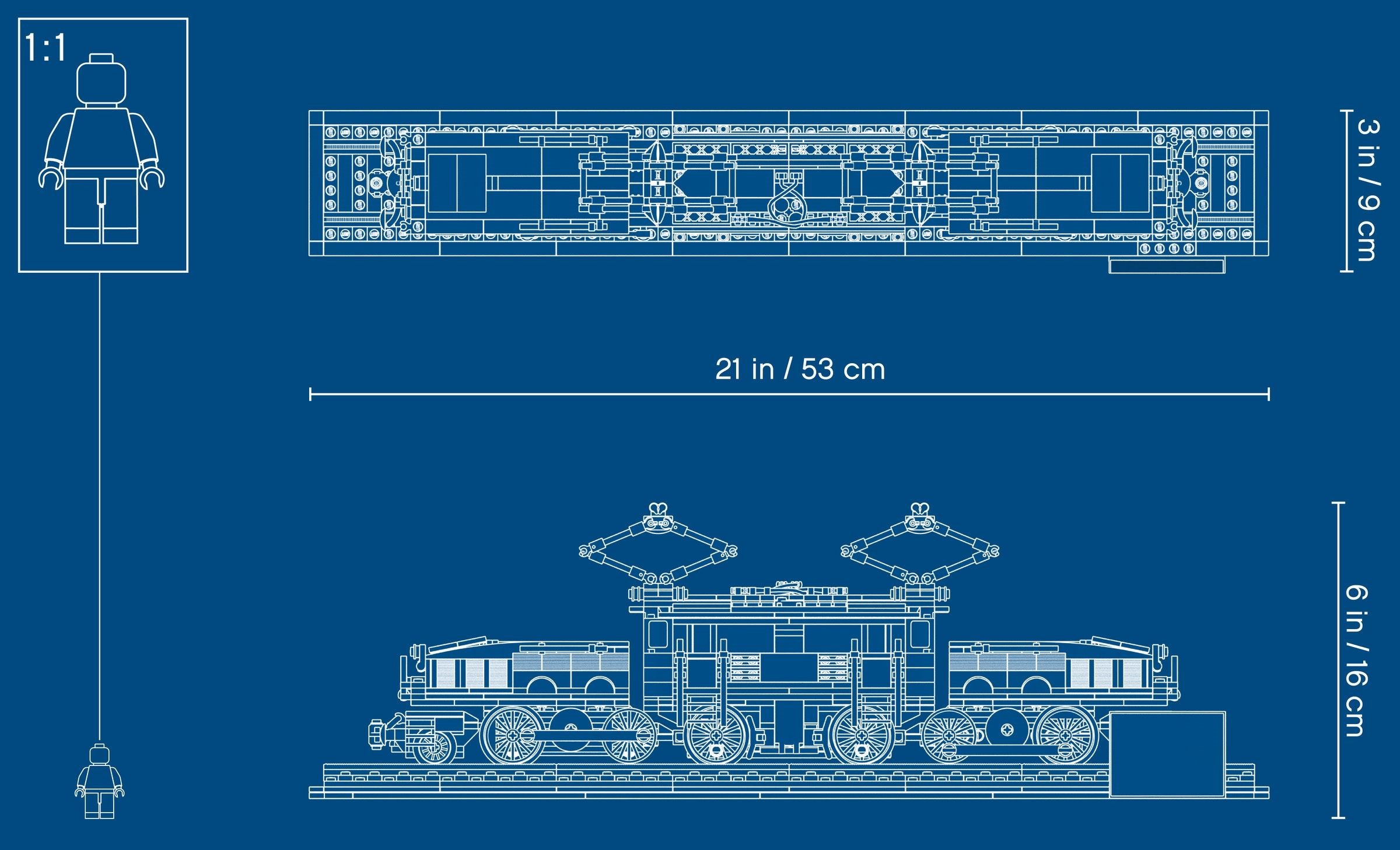 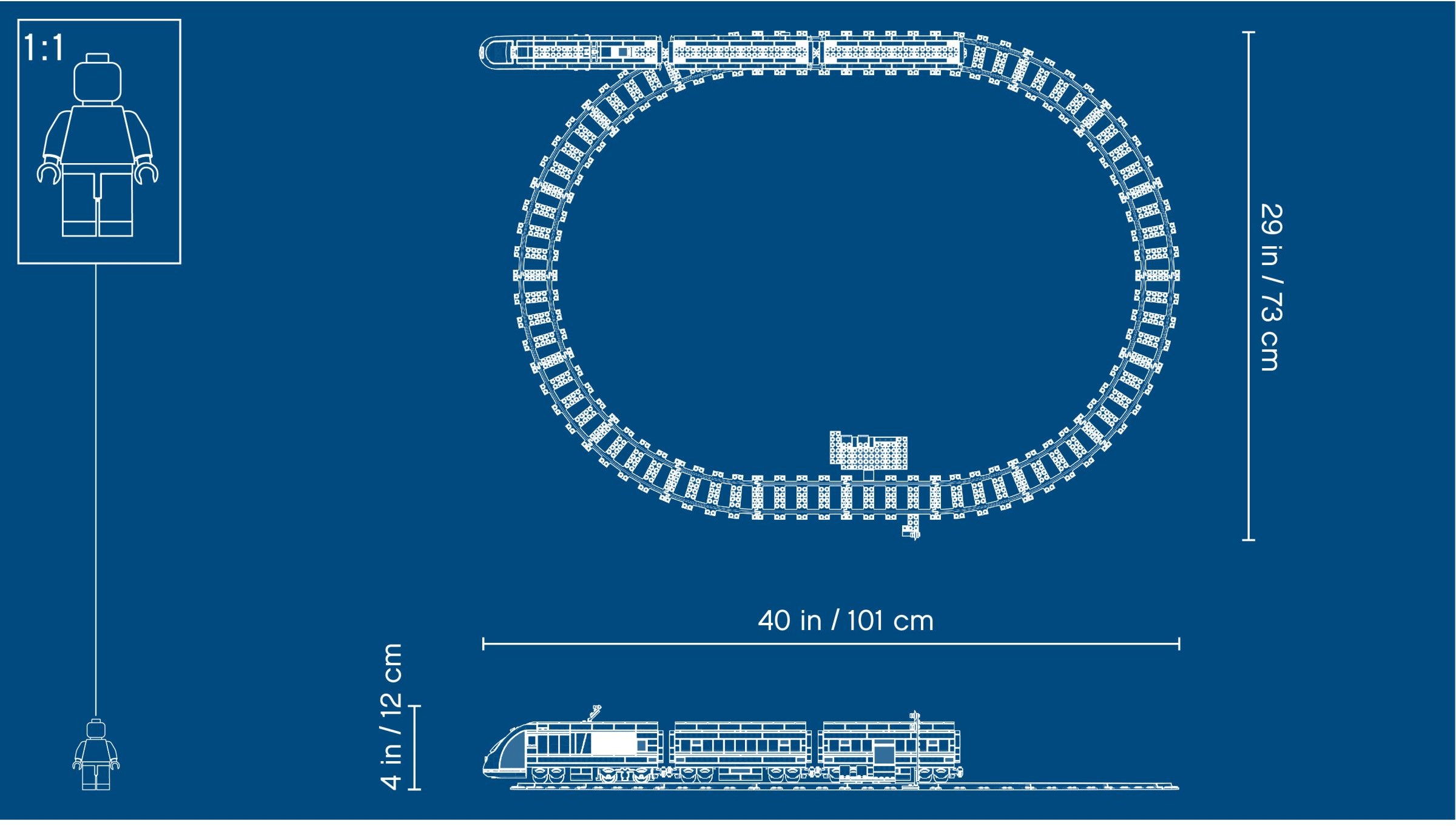 It obviously varies somewhat from train to train. Somewhere around six inches or 16cm should be sufficient for most trains.

Not the answer you're looking for? Browse other questions tagged trains size or ask your own question.

6
How hard is it to convert the new(ish) RC/PF trains to 9V?
20
How to build bridge using 4.5/12v train rails from 1969 Lego brochure
10
Alternative (back of box) builds of 7822 Railway Station - is there an 'official' configuration where the track terminates at the station?
16
What advanced railroad features are possible with the Lego PF train sets?
5
How to build an automatic Lego train system?
4
Where to get additional part library graphics for BlueBrick layout designer
5
LEGO Train - what size cork track bed
11
12V LEGO train tracks splinter
4
Motorizing Crocodile Locomotive set 10277 - are there any sets that include hub & motor I need?