Is this a fake LEGO torso?

I recently purchased a new 52 Nightwing LEGO minifigure from Bricklink, to replace my damaged one, but I think it may be fake.

I compared the two, and I found a few differences, which I have not seen on a LEGO torso before:

BUT, there IS a LEGO stamp on the top of the neck. Can anyone confirm if they have seen this before or if the torso is fake?

Here are the images: The order is real, suspected fake, comparison between torso edges: 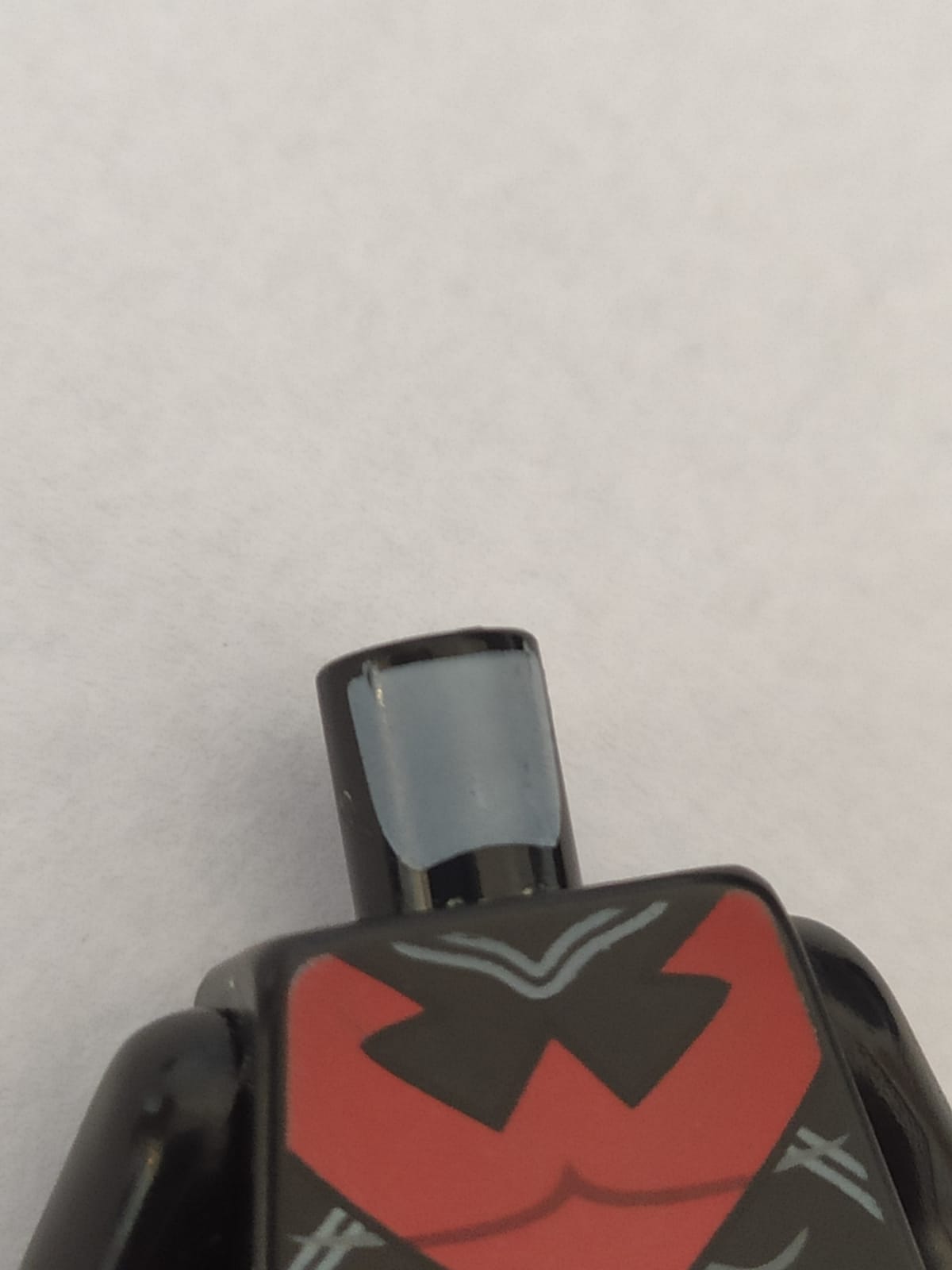 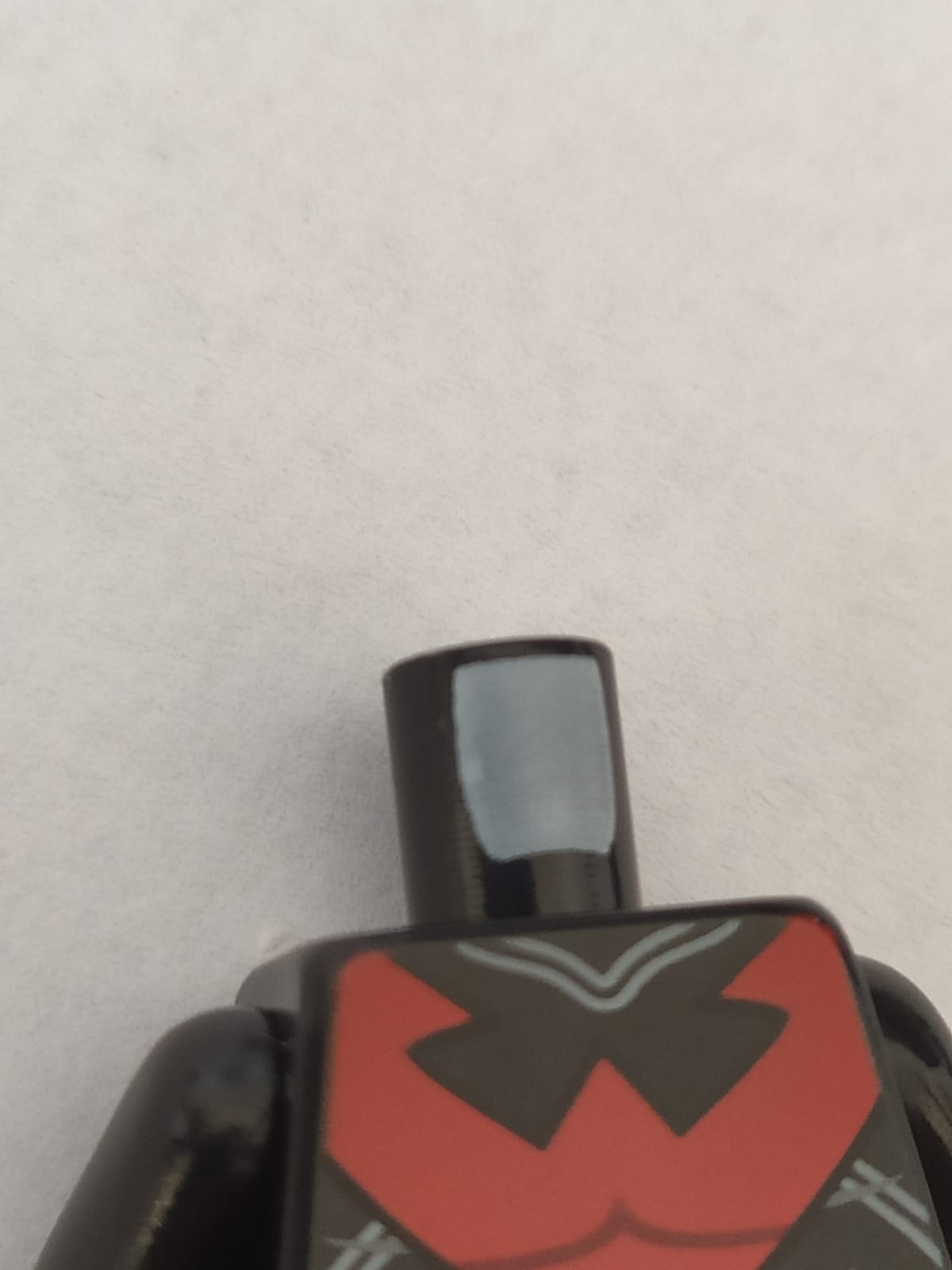 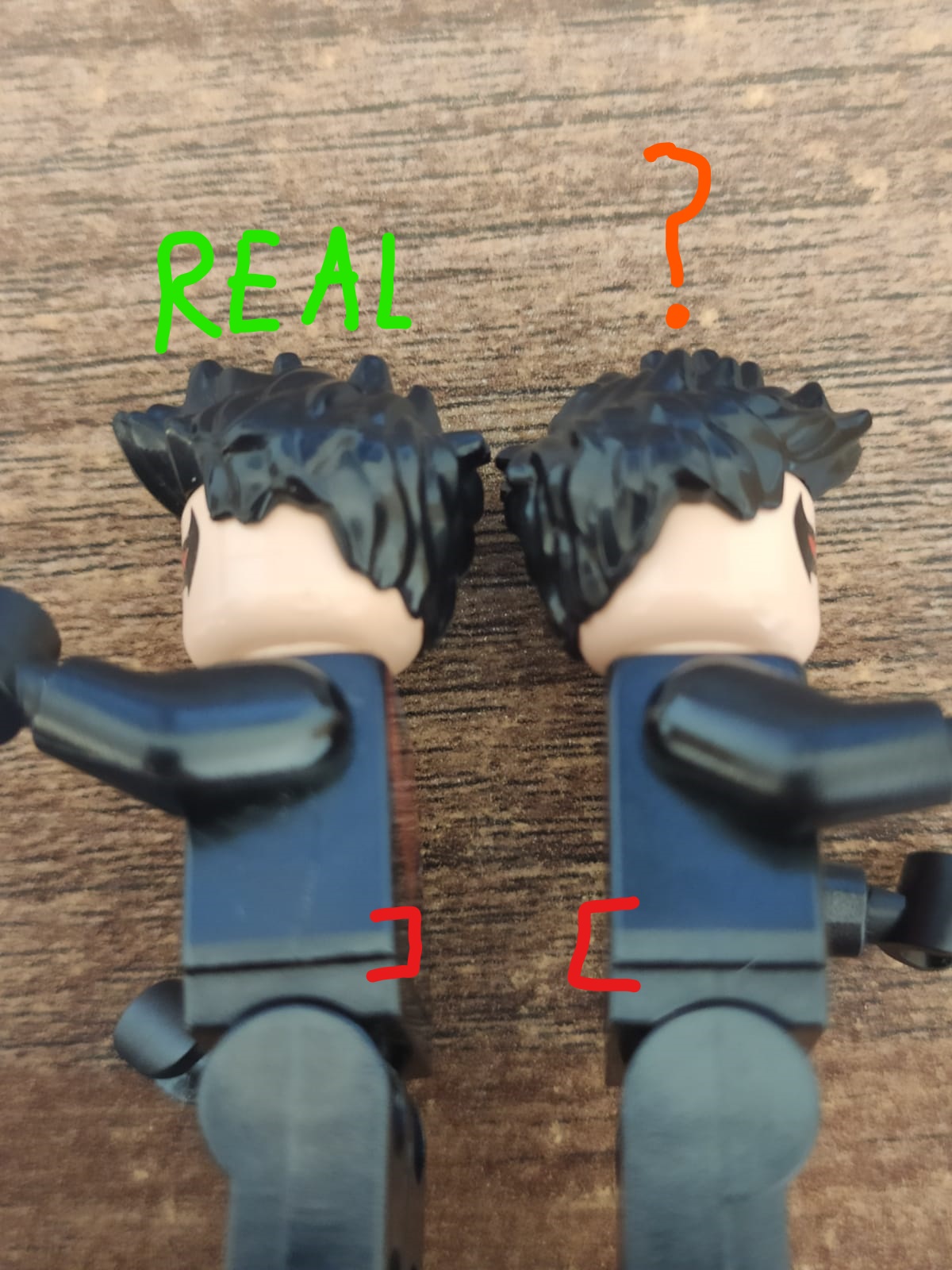 The light gray printing would be placed in a single pass, so I think your suspicion that this is a fake is not unreasonable, but given the imperfection of the original, I'm not willing to make a definitive call. 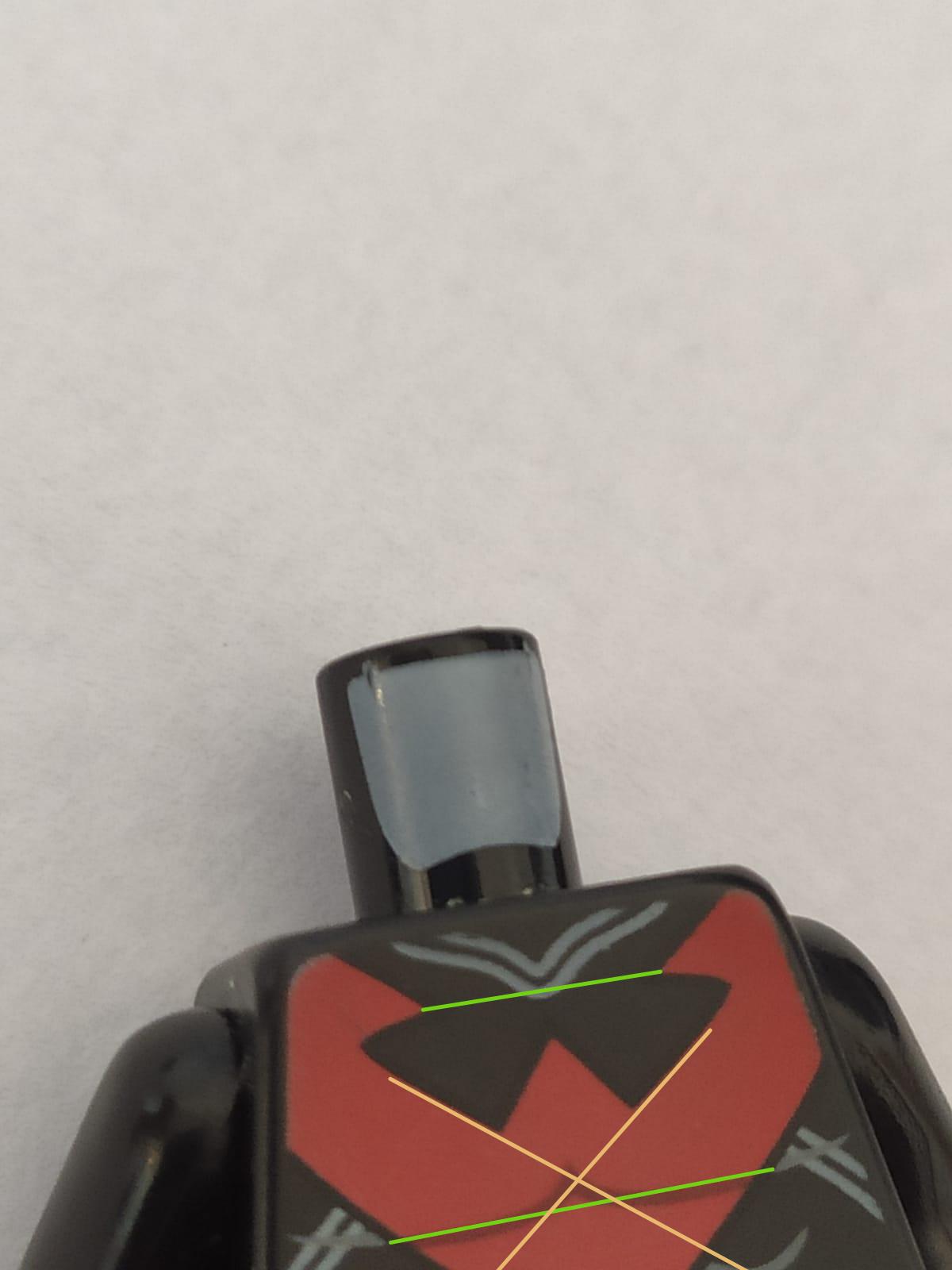 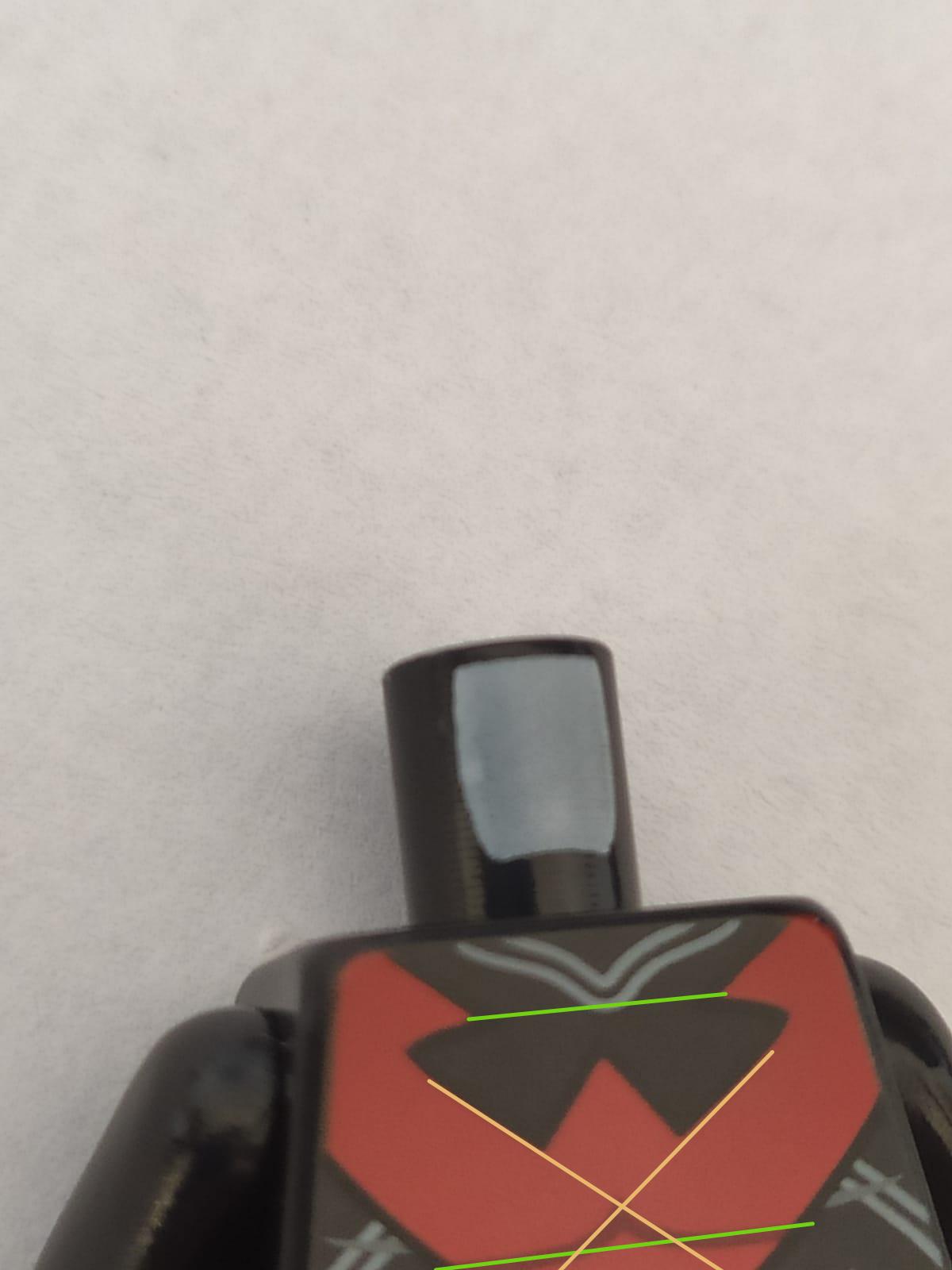 Not the answer you're looking for? Browse other questions tagged minifigures minifigure-identification or ask your own question.