Grapes on the vine

I'd like to build a lego winery, similar to this one It looks like he's using the purple ice cream scoops for grapes, right? How do you think those are attaching to the plants?
How might I create something more like a rectangular vine/trellis area with vines and grapes on the vines? My current plan involves using a trellis fence and vines somehow, but I'm not sure about the specifics. Any suggestions? 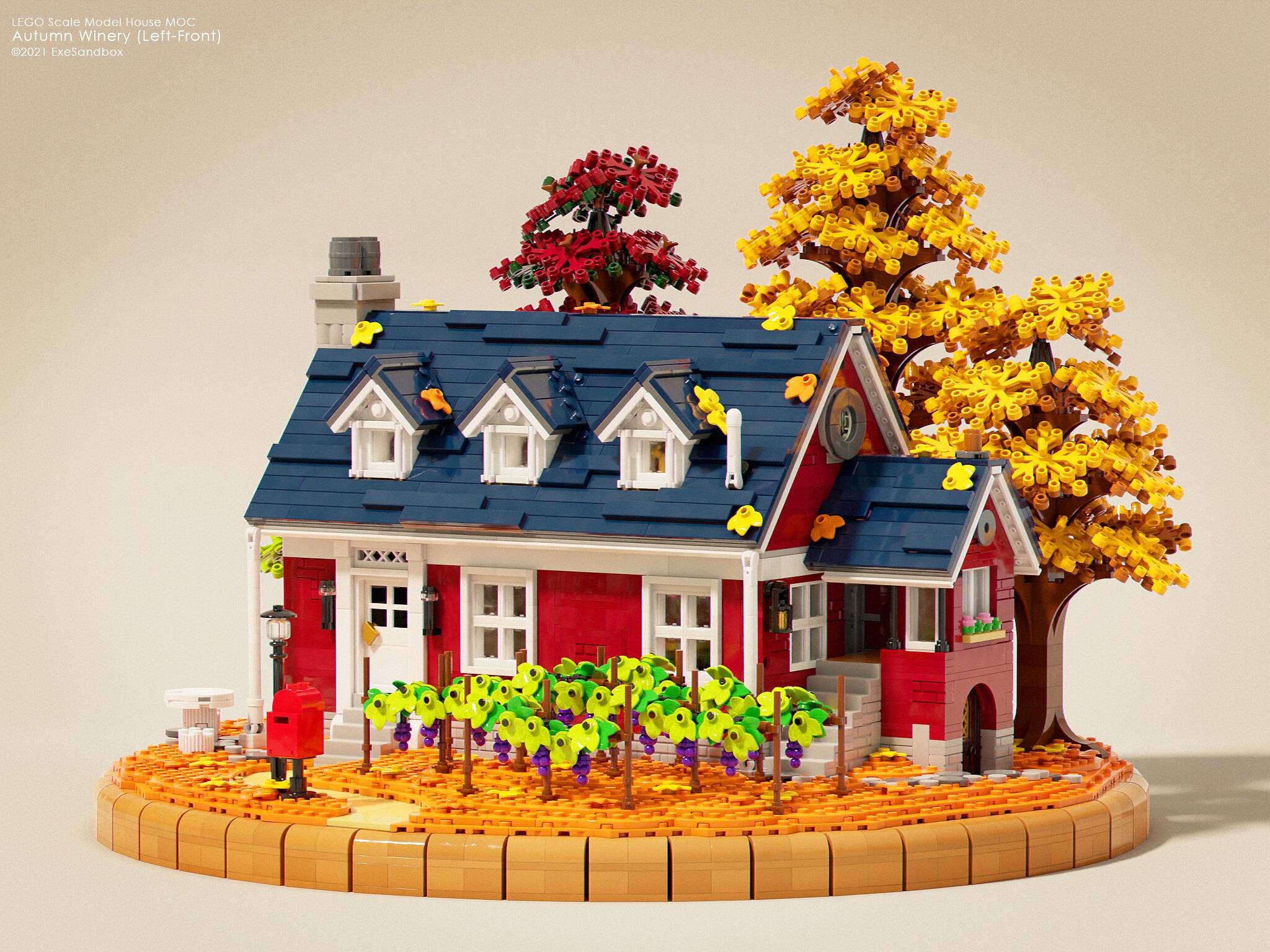 Might be a bit bulky (and my apologies for not verifying feasibility: my LEGO are all in storage for an upcoming move), but might something like this work, albeit bulkily? 1.) take a 1x1 brick with two SNOT studs on opposing sides and turn it upside down 2.) place a leaf on the top (hole end/"bottom" 'cause the 1x1's inverted) and one on one of the SNOT (side) studs 3.) place the grapes on the stud of the inverted 1x1 4.) Use the remaining SNOT (side) stud and attached the plant to the fence. I believe that the diamond lattice can fit a stud. 5.) separately, wrap a string with studs on either end around various elements and the fence to create the vines. (Though I like Monte Gardner's idea of hoses much better. :))

5
Is the Antikhythera clock design available as Open Source?
4
Creating ski gondolas/tramway with Duplos
5
How does one identify the designers of a LEGO set?
1
Do the minifigure utensil cups stack like 1x1 bricks?
0
Do all the 'balls' fit in the bowls?
4
Rendering the wrath of a vengeful god
4
Question about the lantern pieces in the Winter Toy shop set
12
How is the curved top of the WWII Aid station tent made?
3
Building a window with the tie-fighter round dish